Morbihan at a glance 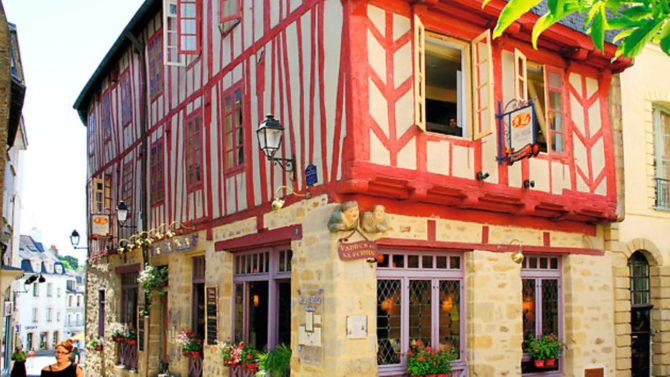 Morbihan in Brittany is popular with British people because of its proximity to the UK but it has plenty more to offer. Get a feel for the department with our quick guide and the inside track from an expat and a property agent

The Brittany department of Morbihan has an average price of €160,000 for property. Morbihan’s position on the southern coast of Brittany means it enjoys sunny summers and mild winters, though with cloud and rain apt to make an appearance regardless of the season. The Gulf of Morbihan is popular with sailing enthusiasts, and likewise provides ample opportunities for walkers and day trippers to take in the diverse flora and fauna, not to mention the beaches and rugged cliffs. For more cosmopolitan living, the medieval town of Vannes just inland is a great place to sample some of the department’s classic seafood dishes, or enjoy a bol of locally produced cider alongside a classic galette au sarrasin (buckwheat crêpe).

Though its relative proximity to Nantes makes it accessible by air – and there’s also a smaller airport in Morbihan, at Lorient – as one of the westernmost points of France, bear in mind car journey times from the ferry port if you plan to cross from the UK.

What an expat says:

Expat and full-time resident sailor Damian Likely, who bought a property with his partner Morgane in Morbihan in 2009, loves living in the department: “The area in general is excellent for cycling and walking, with many coastal paths and village trails. They say there’s an island in the Gulf of Morbihan for every day of the year – it’s good because it is fairly sheltered.”

What a property agent says:

Looking a bit further south? Read our guide to Dordogne

Previous Article 5 properties in France to run as a business
Next Article How are your savings and investments taxed in France?