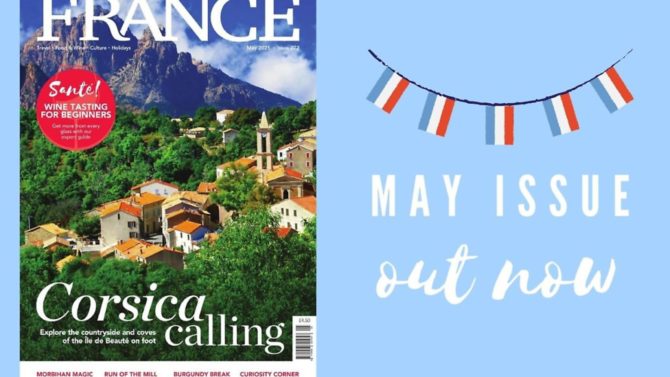 From hovertrains to pigeons – what will you discover about France in our latest issue?

1) See the best of France in a Corsican walking holiday

The Mare e Monti trail combines gorgeous sea views and mountain vistas for a visit to remember – don’t forget to pack your camera in your rucksack!

Find out more about the Statue of Liberty’s French roots with Deborah Nash on page 46.

The moulin at Bénesse-lès-Dax now even has its own snack bar selling fabulous produce from the region.

Get the inside scoop with local resident Catharine Higginson on page 40.

The Aérotrain ultimately lost out to the TGV, but if you’re in the Loiret department, don’t miss its concrete test track suspended above the countryside.

Delve into the story of a forgotten engineering project with Helen Parkinson on page 58.

The Charente capital saw Hollywood greats like Bill Murray come to town for the filming of The French Dispatch, out later this year.

Discover more about the land of comic books and cognac on page 52.

Feeding pigeons in the capital is illegal and you can be fined €68.

Get to know the surprisingly fascinating role of French pigeons with Brigitte Nicolas on page 80.

7) Christian Dior was a big fan of le muguet, or lily of the valley and used to give a sprig to his employees every 1 May

The tradition only took a break in 2020 due to the coronavirus.

Find out more about France’s 1 May traditions with Vicky Leigh on page 82.

Previous Article French property: The reality of owning a chateau in France
Next Article 3 Paris chocolate shops for Easter and beyond