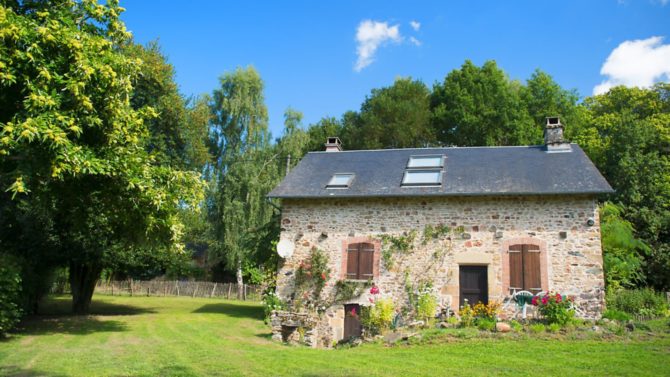 For the most affordable French properties, you should buy in the ‘sash’ of France, an area that stretches from the Belgian border to the Atlantic coast

A strip of land stretching diagonally across France like a sash encompassses the country’s most affordable holiday homes, figures show.

Property website SeLoger.com analysed the prices of secondary homes in France and found to absolutely nobody’s surprise that the most expensive properties are in Paris, followed by the Provence Alpes-Côte d’Azur region, at an average of €341,700 and €322,700 respectively.

Aquitaine comes next with an average price tag of €303,300, although Bordeaux and the Atlantic resort of Arcachon (much loved by the French) doubtless push up the average whereas British buyers prefer cheaper inland departments such as Dordogne and Lot-et-Garonne.

For the most affordable holiday boltholes, however, you must look to the strip of territory that stretches across France like a sash, from the department of Meuse near the Belgian border to Landes just below Bordeaux. Within this sparsely populated strip, the average price of a holiday home never exceeds €160,000, researchers found.

In fact, buyers snap up holiday retreats for as little as €50,000 in Haute-Vienne and the average cost in the Limousin is less than €115,000, according to SeLoger’s figures. Lorraine, Auvergne, Franche-Comté and Champagne-Ardenne are also very affordable areas, according to the authors of the report.

The Auvergne has lush forests and magnificent dormant volcanoes popular with skiers and hikers. Franche-Comté is dominated by the beautiful Jura mountains on the border with Switzerland. Champagne-Ardenne, as well as its famous vineyards and First World War historical sites, has good cycling routes, while Lorraine has the Vosges mountains and its interesting cultural connections with Germany.

The Limousin encompasses part of the Massif Central and boasts pretty villages such as Collonges-la-Rouge, a wolf wildlife park (Monts de Gueret) and one of France’s largest artificial lakes, Lac de Vassivière in Creuse, now a focal point for daytrippers. The average price of a home in Creuse is incredibly low at just €63,900.

Almost three million French people own a holiday home, spending an average of €245,000 and visiting for around 40 nights a year. But while Brits are prepared to cross the Channel or even hop on a plane, a whopping 75% of French holiday home owners buy no more than 80km from their main residence.

Not surprisingly, French buyers tend to spend more on holiday homes the further south they go, from less than €185,000 in Picardie and Haute-Normandie to €243,500 in Brittany, €248,300 in Pays-de-la-Loire, €257,500 in Poitou-Charentes and €303,300 in Aquitaine. We know from previous research, however, that Brits are more drawn to rural areas away from the coast and cities where property prices are much lower.

How to deal with a non-conforming septic tank

Discover the cheapest French cities to rent a property in