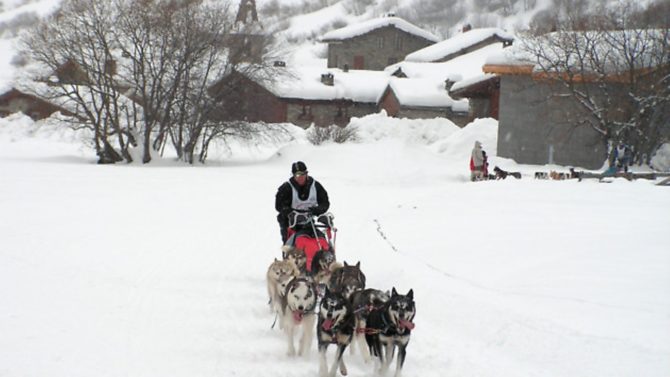 Discover some of the major events happening in France in January 2015. Including festivals celebrating truffles, winegrowers and comic books

A public holiday in France, Epiphany on 6 January – exactly 12 days after Christmas – celebrates the arrival of the three wise men in Bethlehem to offer their gifts to the baby Jesus. Nowadays the day is marked with a galette des Rois, a puff pastry and frangipane tart. Tradition dictates that the family gathers together to eat the treat, and the person whose slice contains a bean or small figure is crowned king for the day.

Périgord Noir is known for its highly prized truffles, and the town of Sarlat in Dordogne honours the famed product with the Fête de la Truffe on 10 and 11 January. Workshops on truffle identification and cooking with truffles are open to the public, as well as a demonstration of truffle-hunting with dogs. A large truffle market takes over the town square so you can splash out on fresh truffles, and local chefs will be selling croustous (French tapas with truffles and foie gras). Cookery demonstrations take place in the académie Culinaire du Foie gras et de la truffe, while eight students will compete for the illustrious trophée Jean Rougié.

The thrill of the chase comes to the Alps from 10-21 January as 300 dogs take to the snow for La Grande Odyssée, one of the world’s toughest dog-sled races. Covering a distance of more than 1,000 kilometres over eight stages, the race passes through some of the busiest ski resorts in the Alps, including Les Gets, Flaine and Mégève to name a few. Now in its 11th year, the race attracts thousands of spectators to watch the mushers guide their dogs around the mountains. As well as watching the race, spectators can enjoy Alpine tartiflette and mulled wine; take in entertainment shows; and take to the snow themselves, whether by ski or snow shoe.

A holiday in the mountains is as much about the après-ski as it is about the snow, so don’t miss out on the opportunity to taste some of France’s best wines at the Winegrowers’ Week in the village of Samoëns. From 15-19 January, winegrowers assemble to share their expertise in evening workshops called ‘vigneron cafés’ where you can indulge in some wine-tasting while learning about the tipple from the experts. Restaurants will serve meals created by chefs and winegrowers to complement the chosen wines, while there will also be winematching workshops on classic French favourites such as escargots.

Covering a distance of 650 kilometres over two countries and 285 pistes, the Portes du Soleil ski area is one of the largest in France and is celebrating its 50th birthday this season. Linking eight French and four Swiss village resorts, and including Lake Geneva and Mont Blanc, the Portes du Soleil has long attracted snow sports enthusiasts and beginners alike. On 17 January there will be events and games at the Col des Portes du Soleil with ski passes to be won and an attempt to break the world record of the longest torchlight parade. A concert in the centre of Morzine will bring the festivities to a close in the evening.

If you can’t make it across the Channel, you can still get your French fix in the heart of London at The France Show 2015. Taking place at a new venue this year, The France Show 2015 runs from 23-25 January at London’s Olympia, and promises French food galore in the market, live cooking demonstrations from chefs Franck Raymond and Michel Lemoine, as well as wine-tasting seminars. The UK’s first French property auction will take place on Saturday 24 January, while the French property exhibition will be running on all three days, plus a programme of expert advice seminars on tax, law, making a living and integrating in France. Buy your tickets now!

This year it is the turn of the villages of Gilly-lès-Cîteaux and Vougeot in Burgundy to host the annual Saint-Vincent Tournante festival, a celebration of the winegrowers of the region. Over the weekend of 24-25 January visitors are invited to discover the history of these two villages and enjoy the seven wines specially selected for the occasion. Named after the patron saint of winegrowers, the festival will also be honouring the presence of Cistercian monks in the vineyards of Burgundy for 900 years with a walk through the Château du Clos de Vougeot and the Château de Gilly-lès-Cîteaux.

Every year the town of Angoulême in Charente, centre of the paper-making and printing industry in the area, plays host to one of the largest comic book festivals in the world, the Festival International de la Bande Dessinée d’Angoulême. More than 200,000 comic book fans will descend on the town from 29 January until 2 February to take part in workshops, debates and exhibitions. Winner of the Grand Prix d’Angoulême last year, Calvin and Hobbes creator Bill Watterson has designed the artwork for the festival and visitors will be eager to see who wins this year’s prizes.