Talking to children about moving to France 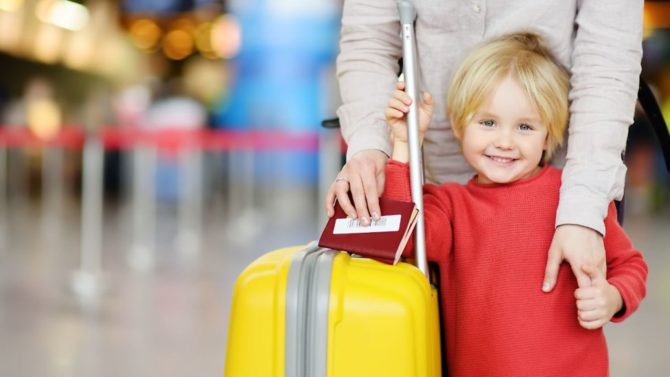 If you’re sold on the idea of moving to France but your children aren’t quite so sure, follow this helpful advice to get them on board and raring to go

You’ve long suspected that moving to France could be one of the best things you’ll ever do as a family. Who wouldn’t want their children to grow up with the French art de vivre, and joie de vivre? Of course, as with any major life change, nothing’s quite as straightforward as that and when push comes to shove, you know that it’s quite a leap of faith you’re asking the children to make. While you’re anticipating a whole host of long-term benefits, the children may only be able to focus on the short-term challenges.

Even if the French dream is something that you have discussed as a family over many years, there will still be an element of shock, maybe even resistance, when it’s announced that it’s actually happening. And deciding how you approach talking to the kids about the transition will depend on many factors, such as the children’s age, their personalities, and your timescales. Whatever the circumstances, a little preparation on your part and discussing it with ad infinitum with your children can help everyone to look ahead feeling both reassured and positive. It’s a good investment – if the kids are happy then so too are you.

Why expats in France are happier with their lives

HOW TO TALK TO YOUNGER CHILDREN

Generally speaking, the younger the children are, the more straightforward the moving to France discussion might be, since many little ones have a relatively open mindset and a naturally wide-eyed responsiveness to the mere mention of the word ‘adventure’. So, get out the map and describe it as such – it is a real adventure after all and you can pique interest by waxing lyrical about some of the most exciting elements. The big house you’re going to, the journey even and something they can visualise, such as the sea, the playground and of course, the pâtisserie.

Keep it light, but don’t forget to state some of the obvious differences too (one does speak a different language in France after all), and most importantly, drive home the constants. You will all be on the adventure together, grandma can sleep in this room when she comes over, and top of the agenda, a clear affirmation that if you have to hire another lorry to take all the toys, so be it.

HOW TO TALK TO OLDER CHILDREN

Clearly, talking to school-age children about big life changes is a different ball game but don’t assume you’ve missed the boat, because older children adapt too. Start with all the short-term benefits. France is generally warmer (tick), chances are there will be a better work-life balance for the whole family (tick), there’s the accessibility to the mountains and coast (skiing? big tick) plus there’s something that is always guaranteed to give France the edge – the distinct lack of school uniform and, better still, the extremely long school summer holidays.

You can share the long-term aspirations too – bilingualism, increased confidence, travel opportunities, potentially greater scope for studying and careers – but you can bet your bottom euro that there will be two greater considerations occupying the children’s every thought: school and language issues.

10 differences between British and French schools

This is why French school dinners are so good

Even grown-ups break out into a mild sweat at the prospect of the great unknown so it’s only natural that moving to another school where everyone speaks an alien language might seem like too overwhelming a prospect. Let the children know that you’ll ease them in by visiting the school together, at least once, before the big day. This will be a chance for the children to take in the new surroundings, meet with some friendly French faces and seek clarification from le principal on every last detail, from la cantine (get used to four courses, kids) to curriculum, homework and timetable. The school may even have successfully integrated international students before and as such will be able to offer every reassurance that they all survived the experience!

Making friends will also be on the agenda. Remind them that this is something that happens naturally and even if it takes some time, they are very likely to settle with peers. And nerves regarding how they will fare understanding and communicating with these peers can be assuaged if you explain the science of language immersion – that young brains are wired to absorb new languages easily and that they will learn a lot quicker than they think they will (and let’s face it, than you will!).

And finally, if it all feels too overwhelming for you too, just fast forward 12 months in your mind. When you’re picking up the kids up from l’école, collège or lycée and overhear them nattering away to new friends as if speaking French was the most natural thing in the world, you’ll know that it was all worth it.

Many arrive In France with a ‘if it doesn’t work out, we can always go back home’ U-turn clause in the back of the mind, but whether or not you choose to share this plan B with your children is another thing. Although it is a tempting comfort blanket to offer, remember that children sometimes prefer black and white outlooks to indecisive ones and, as such, opting to present the move as a more optimistic forever-thing might make your children feel more confident too.