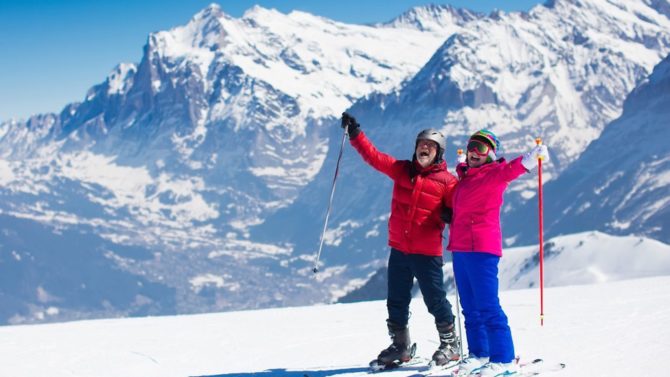 Retired but not tired? Retiring but not shy? A move to France could be a great chance to get fit, learn new skills and take time to care for yourself and others, says Ruth Wood

Keep busy. That’s the gist of Pete O’Grady’s advice to people who retire to France.

“I meet so many people who are desperate to stop and relax,” says the former financial services manager who has lived in Brittany for 13 years. “They are dreaming of putting their feet up after years of slogging away at high-pressure jobs. But the truth is the body is good at maintaining you while you need to work. If you suddenly stop, that’s when you can get smacked with all sorts of things. Being active, mentally and physically, is important.”

Fortunately, France is a fantastic place to enjoy an active retirement or semi-retirement, not only because it is less crowded and has a warmer climate, but because it has warm people too, who will take you in and help you embrace the lifestyle as long as show willing.

We never tire of saying it: the ability to speak French is your key to a fulfilling life in France.

It will help you get things done and chat to your neighbours, of course, and research shows speaking a second language can slow the rate of mental decline in people with Alzheimer’s. But most importantly, it will help you express your true self.

“If I couldn’t speak French easily enough, it would suppress my personality and I would be unhappy,” says Pete, who lives in Brittany. “For me, it’s not about being able to read or write but being able to have a bit of banter.”

If you are aged 60 or over, you don’t have to sit a language test when applying for French citizenship, but you do have to prove you are well integrated into French society and that means speaking the language. So whether you have formal lessons or simply throw yourself into community, the same golden rule applies. “Be happy to make a fool of yourself,” laughs Pete. “It’s great fun and it’s the only way.”

Reach out to other expats

You may have crossed the Channel to get away from them, but sometimes it’s easier to strike up a conversation or join in an activity when you have the moral support of fellow expats. It’s one of the reasons why lots of cross-cultural community organisations have sprung up in areas of France popular with British buyers. They exist to support expats, yes, but also to mesh communities together through mutual interests and activities. In Hérault, for example, the group Vivre Ensemble en Minervois has over 200 members from about 20 different nationalities, including French people who are new to the region.

If such a group doesn’t exist in your area, you can always set one up yourself.

Have you ever tried canoeing? There are stunning stretches of the Tarn, Vézère and Célé rivers, where the water flows sedately through magnificent limestone gorges and you don’t have to do much apart from go with the flow. On a still day, paddleboarding on a lake is very enjoyable and good for your core strength and stability.

Think your cycling days are over? Why not get back in the saddle with an e-bike? These battery-powered electric bikes have literally taken off in France, giving people a renewed lease of life to cover long distances and power up hills.

One keep-fit craze popular with retirees right now is sea-walking, known in French as longe-côte. Instead of going for a walk along the beach, you wade waist-deep through seawater, using an optional paddle to keep you steady. Like cross-country skiing it’s a great workout but with less risk of breaking bones!

You’re not alone! advice for solo buyers of French property

Tax and residency: how long can we spend in France?

Paperwork power: how to set up accounts for your French property

Do what you love

Live near the Alps or Pyrénées and you can ski and surf in one day. Buy a home in the Massif Central and you can hike, bike, swim, ride and nature-watch in magnificent scenery, or glide over it in a paraglider, plane or hot air balloon. Just as in the UK, there are ramblers’ groups everywhere and the country is criss-crossed with long-distance footpaths (GR routes), old railway lines and canal towpaths.

You could go for a refreshing wild swim every morning by living beside the calm waters of the Mediterranean or buying a home near one of the country’s beautiful rivers or leisure lakes, such as Lac de Vassivière in Creuse or Lac de Guerlédan in Brittany.

If that sounds too bracing, why not set up home in one of France’s many spa towns? Look for places with the suffix ‘les-thermes’ or ‘les-bains’ in their name, such as Evian-les-Bains in Haute-Savoie or Ax-les-Thermes in Ariège.

Alternatively, you could visit our property portal francepropertyshop.com and type the words ‘golf course’ into the search box; it will bring up hundreds of homes to choose from!

If football seems too frenetic these days, look out for a local walking football team; there are lots of French and British leagues. Also, most towns and villages offer keep-fit activities such as yoga, Pilates and zumba.

“Do try a French group, not just one run by an English teacher,” advises Mary Hall, a property manager in the Lot Valley. “They will be patient with you if you don’t understand all the words and, with a common interest, you will soon be following the moves like a native and making friends too.”

Feeling a bit homesick? In the Dordogne village of Eymet a British family has opened France’s first artificial turf bowling green, and the Loire Valley town of Saumur famously has a cricket club frequented by occasional resident Sir Mick Jagger.

“For those of the CofE faith, there are English church groups with regular worships all round France, and they provide a good focal point to help with settling in and making friends,” adds Mary.

Of course, the film industry is big in France so even small towns often have a cinema. Some even do regular screenings in English. If you love a good literary festival, do an internet search for a ‘village/ ville / cité du livre’ to find a book town in your chosen region.

If art, history and antiques are more your scene, look for the Villes et Pays d’Art et d’Histoire label or set up home near one of the Plus Beaux Villages de France or a Petite Cité de Caractère, where you are sure to find like-minded people.

Find out what’s on

A good place to start is the mairie website, advises Mary. Check under the tab ”la vie associative’ or ‘culture et loisirs’.

“There may well be a local oldies’ club listed. This is usually called le club des amis, or le club des ainés,” she adds. Also, scour the community noticeboards at the supermarket or mediathèque (multimedia library). You’ll often see a freebie English-French magazine lying around too.

Many communities or wider areas have a local Facebook group or website, such as languedocliving.com. The University of the Third Age (U3A) does exist in France (indeed the concept started there), though groups traditionally have more of a formal link to actual universities and what’s on offer varies a lot. Search online for université du troisième âge, université tous âges (UTA), université inter-âges (UIA) or université pour tous (UPT).

If you’re into an unusual sport, it’s best to do your property search the other way round. Look up the national federation of that sport and then find out where you can practise it.

Get back to work

Yes, really! It might be the last thing on your mind when you arrive in France, but at some point you may “need” to work, says Pete O’Grady. He and his wife Sue run Prestige Property Services, a nationwide property management network, and they regularly train up British expats.

“We take on a lot of early retirees,” says Pete. “For some people, it’s because their pensions or investments don’t give them sufficient income (wine is cheap but food is a good 15% more expensive). But for others, it’s because they are climbing the walls and want something to do. Earning money is good for people; it gives them a sense of worth.”

Work options are very limited if you don’t have good language skills, so lots of Brits run their own businesses. Be aware that running gîtes or a B&B will anchor you to the property, at least in the hottest months.

Chris Slade, who co-founded the property sites A House in Brittany and A House in Normandy, has lots of semi-retired British friends living the good life in France.

“They run bars, restaurants, galleries and salons du thé,” he says. “They are artists, sculptors, stained glass artists, even chefs. There are, of course, many builders, electricians, plasterers, plumbers, landscape gardeners, farmer/butchers, organic market gardeners, brocante owners, furniture makers…all fully registered with the relevant prefectures. It’s also a given that gîte owner/operators abound and quite a few estate agents too.”

Give your time for free

Where would society be without retired volunteers? It’s no different in France than in the UK, and charitable work is a fast-track way to endear yourself to a community.

Whether you offer to sell mulled wine at the Christmas fair, host a language student or greet visitors to the local tourist attraction, you’re sure to be appreciated.

“Cancer Support France will train you as a counsellor and Alcoholics Anonymous has groups across the country that often need English speakers,” says Mary Hall. “Why not lend your mechanical skills to a classic car and bike club or volunteer at a charity shop run by the Croix Rouge (Red Cross) or Emmaüs? Almost every town has one.”

Alternatively, you could volunteer at your local dog and cat rescue centre or help out puppy-walking at a training centre for guide dogs or assistance dogs.

While British retirees tend to congregate in the towns and villages of rural western France, the French love to retire to the seaside. As a result, there are often better amenities in attractive coastal towns than in similar communities inland. Le Figaro newspaper recently produced rankings of the top retirement towns based not only on annual hours of sunshine and house prices but ease of access to health services and services for retirees. Topping the list are Arcachon and neighbouring Andernos-les-Bains (yes, it has a spa!), where more than half the population is aged over 60.

Of course, joining them might be your idea of a nightmare. If you (and anybody joining you) genuinely seek a retirement of splendid isolation, renovating a crumbling farmhouse perhaps, keeping sheep, tilling the land and growing vegetables, then France is an excellent and affordable place to do it. You can always move into town at a later date. It’s your life. May it be long, prosperous and full of joie de vivre!

Previous Article Valentine’s Day Cake
Next Article Did you know these celebrities can speak French?