How to bake in an old French bread oven 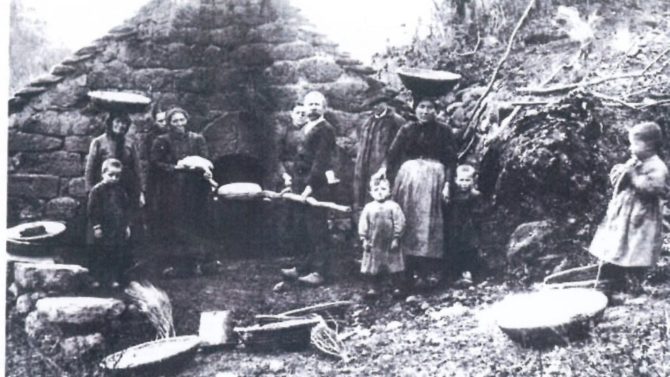 Forget the Great British Bake Off! For a real showstopper, here is how to bake in an old French bread oven

Long before France became a nation of boulangeries, it was a nation of communal bread ovens. The idea of sharing an oven sounds very charming, but before the French Revolution of 1789 it was also a means of controlling the poor. Under the feudal system, peasants were not allowed to bake bread in their own homes but were obliged to use the oven of their lord, paying a tax for the pleasure.

After the Revolution, community bread ovens became public property and the weekly bake became a more pleasant ritual of country life until eventually master bakers started charging for their services and the boulangerie was born.

A century after falling out of favour, old bread ovens are enjoying something of a renaissance in France, with many being restored and brought back into use. If you are lucky enough to have one in your hamlet or home, here is how to operate it.

1. Light a fire at the entrance to the oven with fagots, small bundles of very dry firewood. The shrub broom, known in French as le genêt, is ideal.

2. Use the tisonnier to keep the fire going.

3. Use the râcle to spread the embers and scrape the ash into the cendrier (ash collection tray) if you have one.

4. The oven is hot enough when the floor is white and/ or sparkling (this will take an hour or longer depending on when the oven was last heated. If you’re using it for the first time in a long time, heat it up the day before as well).

5. Close the door for 10 minutes and let the heat drop a little.

6. Use the écouvillon soaked in clean water to mop the floor of the oven.

7. Use a pelle or two to slide your loaves into the oven.

8. It can take four hours to bake a large loaf, but check on your bread 90 minutes after you’ve put it in. A loaf is cooked when you tap on its base and it sounds hollow. If it is unevenly baked, try leaning it against the wall with its paler side facing the centre.

10. Share your bread with your friends. The word ‘copain’, one of the French words for ‘friend’ literally means someone to share bread with, as does the English word ‘companion’. Bon appétit!

How to bake your own baguette

Hold your nose! These are France’s five stinkiest cheeses

Previous Article 8 things we learned about France in the November issue of France Magazine
Next Article Quiz: Do you know the French departments?