How did France perform at the Tokyo Olympics? 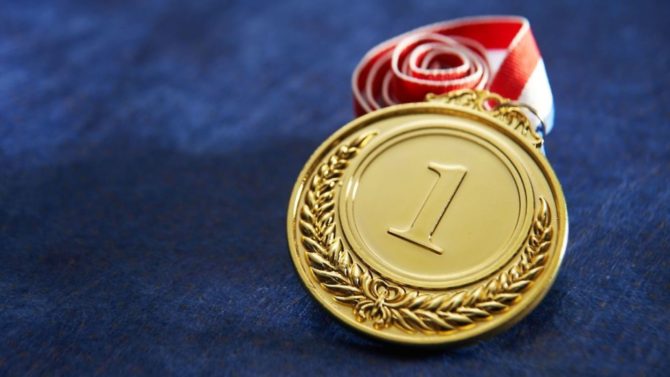 Winning a total of 10 gold, 12 silver and 11 bronze medals; France ranked 8th in the medal table at the Tokyo 2020 Olympic Games and now carries the torch towards Paris 2024

The Olympic Games in Paris: Then and now

Father of the Games

Winning performances in the Judo, Fencing, Handball and Sailing brought France a total of 33 medals at the Tokyo 2020 Olympics, this year. With no audiences and the year-long delay to the event, this summer’s Games felt rather different to previous competitions. Nonetheless, committed athletes and sportspeople from across the globe gathered to push the limits of sporting abilities and bring home a medal for their country.

Team France went strong into combat in Judo and Fencing. The country has a long history of dominance in Fencing, winning a medal in the sport at almost every summer Games between 1920 and 1984. While performances have dipped slightly in recent years, this is perhaps the sign of a return to glory. Victory went to the French Men’s Foil team this year, and 24-year-old Romain Cannone got gold in the Men’s Épée Individual. The Womens’ Foil and Sabre teams each collected silver medals, and Manon Brunet from Lyon took bronze in the Women’s Sabre Individual.

Battling in new territory, France also won gold in the Olympics’ first ever Mixed-team Judo competition. Furthermore, six of the 11 team members also brought home an individual medal including three silver and two bronze. Particularly impressive was 28-year-old Clarisse Agbegnenou from Rennes who won gold in the Womens under-63kg Judo. A third bronze Judo medal went to Luka Mkheidze, who was not part of the mixed team.

Rounding out the French marshal artists were Steven da Costa winning gold in Men’s under 67kg Kumite, a division of Karate, and 19-year-old Althea Laurin who took bronze in Women’s under 67kg Taekwondo.

Sea legs were found on Tokyo’s water when Hugo Boucheron and Matthieu Androdias rowed their way to gold in the Men’s Double Sculls. And it was smooth sailing in Lightweight Women’s Double Sculls where Laura Tarantola and Claire Bove reached silver. Another winning duo was Camille Lecointre and Aloise Retornaz who achieved a bronze medal in the Women’s Two Person Dinghy – 470, competition.

Basketball favourites USA, suffered a surprising defeat to the French Men’s teams in the preliminaries but turned the tables when the two countries met again in the final, leaving France with a silver medal. The Women’s Basketball team also took a spot on the podium, receiving bronze. It was in Handball, however, that both the Men’s and Women’s teams came out on top and took home the gold, as did the Men’s Volleyball team.

At the closing ceremony in Tokyo on Sunday it was time for Japan to hand over to France ahead of the Paris 2024 Summer Olympic Games. Paris Mayor Anne Hidalgo received and waved an Olympic flag in the Tokyo stadium, while a flag was also unfurled at the Eiffel tower in Paris and the occasion was marked with a flyby from the Patrouille de France.

Previous Article Life in Landes: sunshine, surfing and making music
Next Article 4 of the best online classes for learning French at home