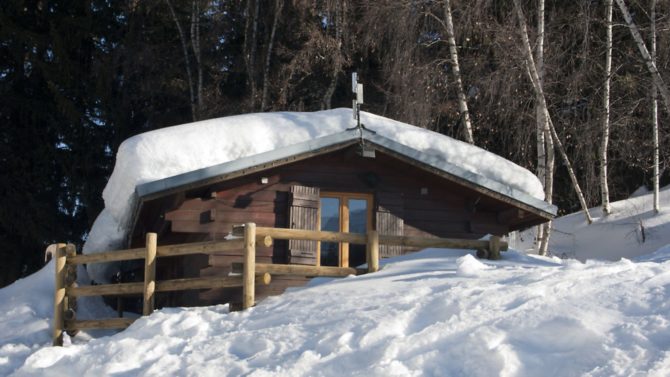 Where have mortgage applicants been buying property in France in 2018? We take a look at the top three hotspots

Brexit has been cited as both the reason for the drop in British interest in buying in France as well as a driving factor for an increased demand! Depending on whom you ask and when, it seems we are just as unsure about the impact the 2016 decision has had as we are about the details of any deal made with the EU prior to Britain leaving.

However, amidst the confusion there are some certainties: we aren’t buying in France purely because it’s in the EU: our love for France, its culture, food, wine, lifestyle, and our dream of moving there is still strong (enquiries at International Private Finance are up by 15% on 2017, and many estate agents have been reporting similar increases). So here are the top three areas our mortgage clients have chosen this year.

1) The hills are alive with the sound of British buyers

For all our complaining about the cold British weather, we love an Alpine retreat! The Auvergne-Rhone-Alps region has been the most popular region for our British buyers this year; we’ve seen a 10% increase on 2017 in the number of purchases there. Its popularity with the British is nothing new – it’s been the most popular region with our buyers for several years. This growth seems to be coming at the expense of seaside areas in the Provence-Cote d’Azur region, which is the biggest faller in terms of transactions this year.

The Auvergne-Rhone-Alps region is a vast one, covering almost 70,000km2 (half the size of England), stretching from the beautiful, verdant Auvergne in the west with its lush volcanic landscape, to the magnificent, snow-filled valleys and peaks of the Alps, bordering Switzerland and Italy to the east. And it’s in the east where the British have continued to flock – especially to the departments of Haute-Savoie and Savoie. Our stats show that they are the two most popular departments in 2018, an increase of 12% on last year.

Property prices within these two departments can vary considerably. Our average is €718k – which is a two-bedroom flat in Courchevel or a seven-bed chalet in Chatel, which goes some way to explaining which resorts the Brits are buying in. This year, we’ve seen a huge increase in non-resident Brits buying around the key resorts near Geneva; Chamonix is up 80%, fuelled in part by its investment into non-skiing activities (such as mountain biking and climbing) and becoming a true all-year-round resort.

With euro mortgage rates for non-residents at historic lows (1.25% for a 15-year fixed rate), smart buyers are seeing the sense in borrowing the money in euros to mitigate exchange rate fluctuations, and with no limitation on renting the property out, the ability to attract tourists all year round increases the revenue potential.

Other areas in and around Morzine, such as St-Jean-d’Aulps, Chatel, Saomens and Mégeve, are also increasing in popularity, and we have seen a fall in demand from those resorts with three-hour airport transfers (like Méribel, Courchevel and Val Thorens in Les Trois Vallees). It makes logical sense to have your Alpine retreat within an hour from a main airport hub, to maximise those weekend getaways and when travelling with the kids (although the seasonal weekly direct Eurostar service to Moutiers and Bourg St-Maurice does make those resorts more accessible in the winter season).

So, we love the Alps for its all year-round activities, but let’s be clear; we still love wine, vineyards and fields of sunflowers. Encompassing the popular departments of Dordogne, Lot-et-Garonne and Gironde, the Nouvelle-Aquitaine region to the west of France remains the second most popular region with our British buyers this year, with purchases in the Dordogne increasing by over 4%.

French banks prefer to lend in property hotspots, where the market is more liquid and will offer higher loan-to-values on homes in those areas. The rental market is going strong here with over 80% of our purchasers saying that they intend to rent out their property for part of the year. We’ve even had one client come back to buy a second French property within a couple of miles of the first; their first purchase proved such a popular rental they had to buy a second to be able to use it themselves! Bergerac and its surrounding villages continue to draw in foreign buyers due to low-cost flights; agents in Eymet were saying they had reached 30% of their 2018 target by February!

If you are thinking of purchasing with a French mortgage it’s sensible to get an approval in principle before heading out on viewing trips – when properties are selling quickly, both vendors and estate agents are insisting on seeing ‘proof of funds’ before going out on viewings or accepting offers.

The clever way to invest in a Paris property

Finally, the third most popular region in 2018 is Occitanie, with almost 15% of our British buyers purchasing in the region. With a coastline stretching almost 200km from Perpignan in the south to Montpellier in the north, it enjoys over 2,200 hours of sunshine a year (London averages 1,400) with an average high of 29oC in the summer months.

Some 87km of the coastline falls into the Hérault department which was one of our fastest-growing departments across all of France in terms of number of transactions this year. Interestingly, most of our buyers weren’t purchasing property in the huge seaside resorts of Sète and Grande Motte, nor in the major urban area of Montpellier. Instead, they have gone inland, to the foothills of the Montagne Noir and found beautiful inland towns and villages such as Orlargues (voted one of France’s most beautiful villages) and Roquebrun and St-Genies de Fondit.

In terms of property prices, the most recent report from the notaires de France shows that Montpellier and its surrounding areas have risen by 4.8% over the past year – to an average of €313,500. Interestingly, our average purchase price for this region is €350,000, which is probably explained by the fact that purchasing with a French mortgage can increase your budget, especially when there are banks willing to lend up to 85% (or more in some cases) of the purchase price.

What remains clear, when looking at all the popular areas, is that France truly does something for everyone. What are you waiting for?