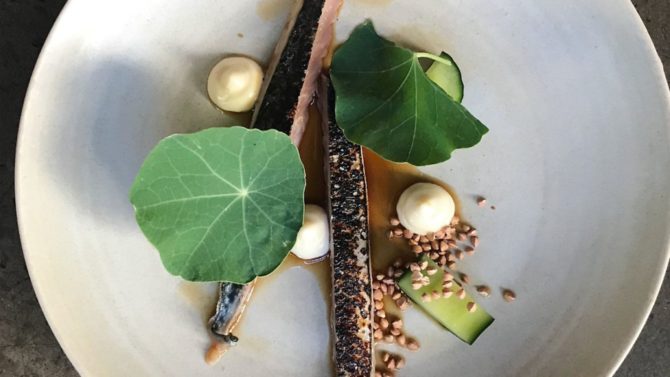 It has a cult following in Paris and now you can grab a table at Jones as it arrives in London for a limited time.

Originally called Bones, the relaxed café restaurant is at the heart of the néo-bistro scene in Paris, a new wave of French establishments serving unpretentious, top quality food in an ultra hip setting.

Jones is led by British chef Harry Vidler, who trained at St John in London and was the sous chef at Bones when it was launched by Australian chef James Henry, who later moved to Hong Kong. Harry has been busy in the kitchen ever since, producing sophisticated plates made with carefully sourced local produce.

Harry is bringing his flavourful dishes across the Channel to the Carousel kitchen in Blandford Street, Marylebone with a chef residency from Tuesday, 19 March to Saturday, 23 March 2019. Diners will be able to experience some of his most popular dishes which include Smoked Eel in Broth with Crisp Broad Beans and Radish, Mullet Ceviche and Confit Clementine with Basil and Sorrel and Sweet Broccoli Tempura with Piment d’Espelette Mayo without having to set foot on Eurostar.

Harry started his career in London before moving to France to travel, working in the south of France before arriving in Paris. He is head chef at Jones, located in Paris’s rue Godefroy Cavaignac in the 11th arrondissement, which offers inventive and affordable small and big plates to share. Its regularly-changing menus, natural wine list and cool soundtrack have proved a hit with French diners.

To book a table for Carousel presents . . . Jones, visit www.carousel-london.com

14 great French restaurants to try in the UK

10 of the most Instagrammable places in Paris