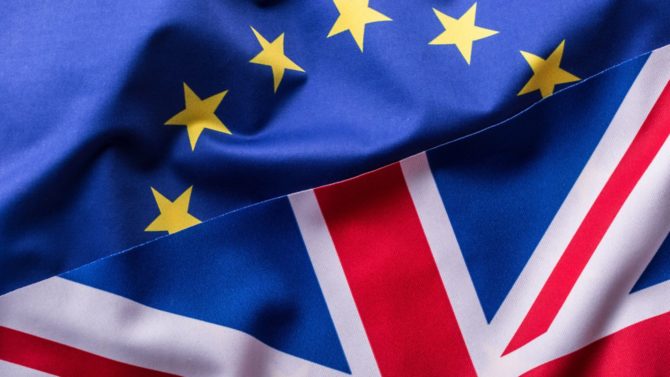 We asked you if the ‘no’ votes in parliament this week would change your plans to buy a French property or move to France. Here’s what you said.

It’s been an extraordinary week in politics. After two long years of negotiations, Prime Minister Teresa May’s deal has been rejected for a second time, and a No Deal Brexit has also been rejected by parliament. We asked on our social media pages: ‘Will it affect your plans to buy a French property? If you already own one, how do you feel?’ This is what you said.

Jason Grocock: I just want a no deal now. As an extension will just delay the inevitable.. let’s have a no deal so we know where we go from here I say..

Bethany ‘Flick’ Bailey: It really just makes me more determined that France will be the right place for us and our forever home.

Stephen Hackett: Not worried as the second referendum will produce a ‘stay’ result

Libby Langley: It’s making us even more keen to leave the UK behind and move over to France!

Steven G King: We bought some years ago in SW France a ruin we haven’t changed any of our retirement plan in a couple of months regardless of Brexit we voted to stay the final outcome is out of our hands now. We won’t let anything stop us, I have worked very hard these last few years building our retirement property pensions here in the UK so I won’t let the leave nutters spoil it

“We don’t know the legal implications on either side”

Zena Braithwaite: I really dont know. We would like to purchase a property in France and retire there sometime in the next 10 years but if Brexit goes ahead we dont know the legal implications on either side.

Samm Khoury: It’s not the British politics you should be worried about, it’s the French at the next elections one far right side has promised a referendum on Frexit, and with 80% of France wanting a vote it could change Europe all together.

Stuart Jones: Wot ever the out come of Brexit I realy think France is so beautiful and better place to live we have just bought our early retirement home here been here two weeks and shud of done it years ago with a home in the UK to sell later

“Enquiries at the same level as last year”

International Private Finance: Our enquiries are up at the same level as last year, banks are still very keen to lend to Brits and the recent ECB announcement makes it probable that French mortgage rates will stay lower for longer than we had initially thought. If anything, Brexit has made people more decisive about whether they are going to buy or not, which (from purely a business point of view) is a positive.

Brett Waterhouse: Just waiting to see what happens. As soon as we are able to we will be moving to France with our dogs and two young children. Just means a lot more paperwork and pay for private insurance and have enough funds to cover us for two years. So not really difficult….

Lynne Nicholson: Living in France and wouldn’t want to be anywhere else love it x

Danny Dart: When Brexit goes ahead, relocating to France will be no harder than moving to, say, Mexico or the USA is now.

Vanda-Lynn Hughes: Having lived in countries in Southern Hemisphere and in northern hemisphere we are pinning our plans on moving to Europe this year Brexit has nothing to do with it but it would be easier if UK says in.

“It makes me feel uncertain about moving”

Wendy Easton: Makes me feel incredibly uncomfortable and uncertain about the future of moving.

Theresa Monks: Hopefully we will get clarity at some point, I had hoped to move to France one I retire, but I really don’t know what is likely to happen. It would be a good article to read and would help a lot make a choice too

Dave Cox: I was paying the money for mine at almost exactly the same time as our ‘politicians’ were voting down the latest ‘deal’ last night. At least I own mine prior to deadline day. We’ll see what happens next!

John Stubbs: A no deal Brexit is still looking highly unlikely, we haven’t got long to wait to see if I’m right or wrong

Danielle Burger: I am a French citizen living in England I hope the French Government keep the English people in some places they keep the village alive and French businesses and don’t simplify the paper works for them to stay they contribute well in excess to the French economy . I am trying to renew my french passport here and it’s a nightmare at the French Consulate in London totally incompetent never answer the phone hope it is better for the English in France !! Good luck to all of them

Andrew J Valentine: Can’t affect the plan – paid for the house & told my work to stick it. Plan remains unchanged – quicker we’re away from the UK the better

Glen Gorman: Plan remains the same but the housing market in our part of the U.K. for the type of house we have is pretty much static at the moment. It will improve once this business is sorted out.

Andrew J Valentine: We were lucky sold ours last summer when demand was still high – took ages to find the right place in France, we move soon staying with family for the last few months

“Brexit should not be the slightest factor”

Jonathan Wind: If anyone has been waiting on whichever Brexit or whatever is happening, to make a decision like going to live in France then more fool them. For sensible people, it should not be the slightest factor.

Andrew J Valentine: I agree, sick of people saying “what about brexit” to us – it’s an absolute disgrace we got to this stage (still hoping it’s all been a dream Dallas style)

“Nothing is going to stop us”

Tracey Hills: We have just purchased a luxury fully residential lodge me Le Touquet with the intention of spending 6 months a year in France. Nothing is going to stop us. We have even taken care of all the preparations for our dog just in case it all goes pear shaped

Sylvia Wredden: Tracey Hills The only problem with that is if Visas are required, and I see on Uk Govt website they will be, they will be for 90 days out of 180 days. People here in Spain are worried about not being able to spend winter in their holiday home.

Tracey Hills: Sylvia Wredden we will be doing it one month in UK then one month in France as we only live 45 mins from eurotunnel.

Stephen Kennedy: We don’t worry about this but it is ruining the lives of many here with the constant worry. Not helped by the 15% drop in the rate of exchange it caused.

Sam Clarke: I think if the French, Spanish, Italian etc. Governments had put out a notification of any additional requirements to Brits, in the event of a Brexit outcome, who want to move abroad but can’t or couldn’t before the Brexit deadline, or even better, that the process would be no different, then there would have been a lot less panic, stress, anger, economic hits (the property markets in EU countries WILL inevitably be hit) then Brexit to many wouldn’t be an issue.

Tom Berry: Sam Clarke I think you can be optimistic that the French government will come through. They’ve already suggested a welcoming attitude to Brits wanting to live or remain in France. The bottom line for the French is that investment by British and American expatriates is useful for their economy. The young people don’t want to live in the old houses or in the villages. We do, and we put money into them to fix them up. We also sustain their local bakeries and butchers etc. It works for them. I don’t see this going away.

“Now is the time to take a chance, Brexit or no Brexit – we’re investing in us”

Andrew J Valentine: The thing for us is now is the right time in our life – nobody knows what will happen with Brexit. Its personal circumstance that’s the driver. We’ve put everything we have in to this but if it doesn’t work then we’ll sell & move back (not plan A) spent a lifetime of what ifs, now is the time to take a chance brexit or no brexit. We’re investing in us

Franck Choblet: Scaremongering! Think about the ‘000’s Brits living in Europe…owning properties! Their tax status will change and their entitlements, but none will be kicked out, to preserve similar arrangements for EU citizens living in the UK, so don’t call the removal firm just yet, beside will could be still a « Remain » if a second referendum is called!!!

“Our primary concern is healthcare”

Lesley Armitage: My husband and I moved to France in July 2015, as early retirees. We sold our house in the UK, and used the proceeds to buy a smaller property here, and to part fund our retirement (along with small private pensions), until we are eligible for the UK state pension. Clearly Brexit will be hugely inconvenient in terms of bureaucracy (applying for Carte de Séjour, exchange of driving licence, etc), but our primary concern is healthcare. We are currently members of the French system, and we also have CEAM for cover when travelling. We are hoping that our Cartes Vitales will continue to be renewed indefinitely, but at the moment there are no guarantees, and our rights will be dependent on reciprocal agreements with the UK. We could not afford to remain in France if we had to purchase full private health insurance, and we would not be covered for pre-existing issues. If we had to return to the UK, we could not afford the type of property and lifestyle we had there previously. And we have no wish to return …… Worrying times.

Gus O’Connor: People move between countries all over the world all the time. We bought a house 15 years ago with the intention of retiring there…in the next 12 months we are likely to do that