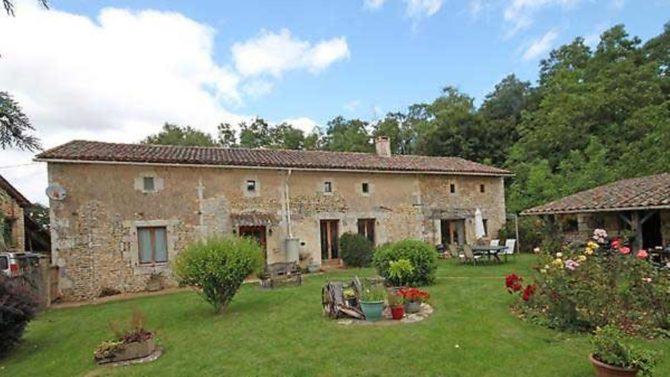 How the French property market has fared over the past year, the rise of virtual viewings, and why the demand for country homes has led to a lack of supply

The French property market has not suffered from the effects of the Covid health crisis, say the Notaires de France in their latest report, with a similar level of transactions year on year and prices rising by 6.4%.

While the market remains stable, it has undoubtedly been affected by the pandemic. A key trend has been a push from the city to the country, and a desire for more outside space. There’s even a name for this kind of buyer, says Dan Newton of Agence Newton, “the ‘Neoruraux’, all the townies moving to the country for the ‘good life’.”

Charles Miller of Charente Immobilier reports that they have “barely sold any properties in town over the last 12 months. Village or country properties with good access to a town with a supermarket or well-served village are at the top of the list. Outside space is a must on almost all wish lists.”

This demand for country homes combined with a slow trickle of properties coming onto the market during the Covid pandemic means that many agents are now reporting a shortage of properties for sale. And with the pent-up demand due to travel restrictions, when British buyers do return to the market in higher numbers, they’ll find competition for country homes from the French themselves.

Jean-Bernard Le Fur of JB French Houses says that in 20 years he’s never seen such a shortage: “There are no properties on the market; prices are up by 20% in some regions. The French are buying everything, leaving nothing for the British.”

Samm Khourry of Richard Immobilier agrees, “French buyers seem to be in a race to purchase property before British buyers start to travel again,” adding that “most of these buyers come from cities like Paris and Marseille”.

Peter Elias of Allez Francais reports: “We have strong demand from the French for country properties. However, there is a shortage of such properties, partly because few are coming onto the market, and because they sold so well during the last six to nine months.”

“We are down by about 50% compared to normal years,” reports Dan Newton (Agence Newton), noting that some sellers “aren’t keen on opening the door to strangers at the moment”.

In Languedoc, Freddy Rueda of Realestatelanguedoc.com says “there are more buyers now than vendors and houses sell faster than they used to”.

“It is definitely a sellers’ market and there is very little room for negotiation if any,” says Nadia Jordan of Foothills of France, “which is generally a sign of prices about to rise.”

Suzanne Jenkins-Pearce of Suzanne in France notes that supply is being further restricted as “a lot of clients want to wait until they can come over from the UK to prepare their properties to go on the market”.

“Where stock is coming from is the most important issue currently faced by the French property market,” believes Joanna Leggett of Leggett Immobilier. “This is particularly the case in the regions, away from the major cities. Demand is sky high, while supply is short. Once the effect of the vaccine kicks in and prices have risen, the balance will return but until then, agents are fighting for each individual mandate.”

The ability to work from home has nurtured this desire for country living. “The lockdown has shown many people that their job can be done just as efficiently at home, with good internet,” says Christophe Guay of TIC Immobilier.

“British househunters are absolutely looking for properties that they can use to work from home,” says Joanna Leggett (Leggett Immobilier).

Not surprisingly, fast internet has risen up buyers’ wish lists. “I am always asked to confirm that the internet speed is good,” says Freddy Rueda (Realestatelanguedoc.com).

The French government’s broadband plan, France Très Haut Debit, commits to providing 30mb broadband for everyone by 2022 and fibre optic for all by 2025.

While buyers are seeking rural homes, they don’t want to be cut off. “Buyers are looking for a country property but not necessarily isolated”, says Nadia Jordan (Foothills of France), adding that she’s seeing “more discussion about being part of a community”.

Access is important too. “The market for properties within a reasonable commuting distance from the UK is definitely increasing,” says Suzanne Jenkins-Pearce (Suzanne in France), who covers the Normandy area, while Tim Swannie of Home Hunts reports a “large number of enquiries for homes which are easy to visit; close to an international airport”.

An interesting facet of the market over the past year, forced by Covid travel restrictions, is the rise of virtual viewings. Some buyers have even bought a French property based purely on a video tour, and while this is not necessarily advisable, it seems logical that virtual viewings are here to stay, even after travel opens up freely. Doing first viewings virtually could save a lot of time and money, and then only the whittled-down shortlist of properties could be viewed in the flesh.

“During lockdown we have sold quite a few houses based on video/virtual tours, and as a matter of practice now, we try to create a virtual tour from the outset for each property,” comments Peter Elias (Allez Francais), while Dan Newton (Agence Newton) says, “With lockdown, more and more agencies, including us, are doing virtual tours, live video tours, call-over-video tours, ‘surroundings’ videos etc. Whereas before, once in a blue moon we would sell a house on the strength of a video alone, now I would say about three sales in 10 are ‘virtual’ sales. More and more notaries are getting geared up for electronic and video meetings/sales.”

Suzanne Jenkins-Pearce (Suzanne in France) adds: “Many UK buyers are committing to purchasing properties without physically viewing them from video, photos, descriptions and Google Earth. Completions are still taking place either in person with people already resident in France or by power of attorney.”

“For character houses, virtual viewings are used to help, to prepare, but it can be dangerous to buy this type of property in a virtual way,” warns Gonzague Le Nail of Cabinet Le Nail, because “there is everything you feel and hear when you are in a house of ancient character. There are emotions going on, it’s not the same for an apartment or a modern house”.

Rural realities: things to think about before moving to the French countryside

Brittany bargains: find your dream house in France for less than €150,000