First published: 12 May 2021 by Helen Parkinson 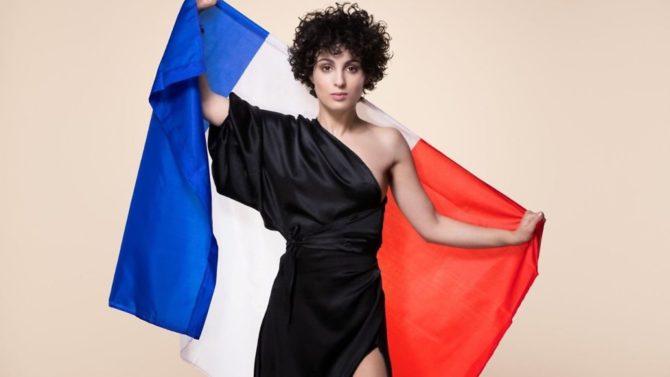 On 22 May, some of Europe’s best (and perhaps some of its weirdest) musical talent will take to the stage at the Eurovision Song Contest in Rotterdam, the Netherlands. Last year’s event, also in Rotterdam, was cancelled due to the coronavirus pandemic, but sanitary measures are in place to ensure this year’s event goes ahead.

Some countries are bringing the same acts they were hoping would perform in 2020, but France is going for a whole new singer. In June last year, 2020’s entry Tom Leeb confirmed he would not be returning to the competition for 2021 due to a busy filming schedule. So, in January 2021, Barbara Pravi was confirmed as France’s entry after winning televised national selection show Eurovision France: C’est Vous Qui Décidez. She fought off competition from 11 other participants to earn her place, decided by an audience and jury members.

Singer-songwriter Pravi (real surname Piévic) was born on 10 April, 1993, in Paris. Pravi is taken from a Serbian word meaning authentic, and she adopted it in homage to her paternal grandfather, who is Serbian.

Pravi’s musical influences include Georges Brassens and Françoise Hardy. She was signed by Capitol records in 2015 and has since released three EPs. A prolific writer, she has also written songs for Jaden Smith, Yannick Noah and Louane.

What is France’s history in the Eurovision Song Contest?

2019’s contestant, Bilal Hassani, reached 16th place in Israel with his catchy track Roi, while duo Madame Monsieur got up to 13th with their song Mercy in 2018.

France is one of Eurovision’s ‘Big Five’ along with the UK Germany, Spain and Italy, meaning they’re automatically allowed to participate in the competition’s final because they’re the five biggest financial backers. L’Hexagone has won the competition five times; first in 1958 with André Claveau’s Dors, Mon Amour and most recently in 1977 with Marie Myriam’s L’Oiseau et l’Enfant. Will 2021 be France’s year?

Who is France’s entry for the Eurovision Song Contest 2020?

Previous Article The best places in France for a happy retirement…and 10 other things we learnt in the June issue of French Property News (plus Living France)!
Next Article French property market update