Expats in France are happier with their lives 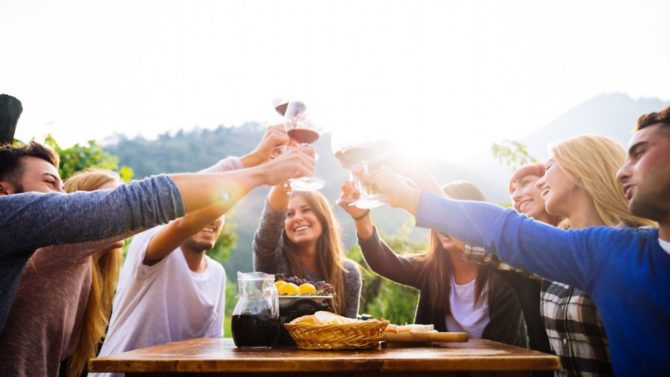 The quality of family life in France is one of the reasons why expats rate the country so highly when asked how they feel about their lives overseas, according to a new study

A global survey has shown that expats in France are happier with their lives. The latest HSBC Expat Explorer study surveyed 22,318 expats around the world to find out how they feel about their lives overseas. The study breaks down expat life into three key measures – experience, economics and family life – to find out how well their new home caters for them. The rankings in each category have been combined to produce an overall ranking for each country. France ranked in 11th place overall out of a total of 31 countries, moving up five places from its 2017 position, thanks to its high family and experience scores.

It has jumped an impressive 10 places since 2017 to rank in third place overall for family life, and within this category it ranks fourth for childcare quality and fifth for quality of life and school quality.

Why France is a good place for children

While France ranks in ninth place overall in terms of experience, again it ranks third for quality of life within this category. It ranks fifth for culture and sixth for health.

Although France only achieved 21st place overall in this year’s economics league table it scored highly for work/life balance and job security, ranking third for both.

According to the report, 73% of families love France for their children’s quality of life, 51% for the quality of the childcare and 50% for education, while 64% of expats in France believe their children’s health and well-being are better than in their home countries.

Expats in France say their own physical health is better too, as is the environment, while they also feel safer and more secure. According to the study, 73% say they have found the quality of life they were looking for when they moved to France. The study found that improving quality of life was the top reason for moving to France, with half of respondents saying that this is why they left their home country to live there.

A recent study conducted by TotallyMoney of 24 European countries revealed that France offers a better work/life balance than the UK, with France achieving the highest score of all the countries studied for the number of hours its citizens dedicated to leisure and personal care each day.

This year’s HSBC research showed just how crucial a full social life is to the expat experience, with expats keen to learn the local language and immerse themselves in the culture of their adopted country. The study revealed that 87% of expats in France speak French and 39% say it’s important to learn the language in order to fit in. Almost twice as many expats in France receive support including language courses for their dependents through work than in the rest of the world. France’s score of 56% for how well expats there have integrated with the local people and culture was also higher than the global average of 49%.

Singapore ranked first overall for the second year in a row. While the UK has moved up five places from 27th in 2017 to 22nd in 2018, it comes 16th overall for economics, 28th for experience and 27th for family life.

How to integrate into French life

Previous Article 7 tips for improving your French that don’t involve language books
Next Article WIN! A copy of Last Year in Marienbad on DVD