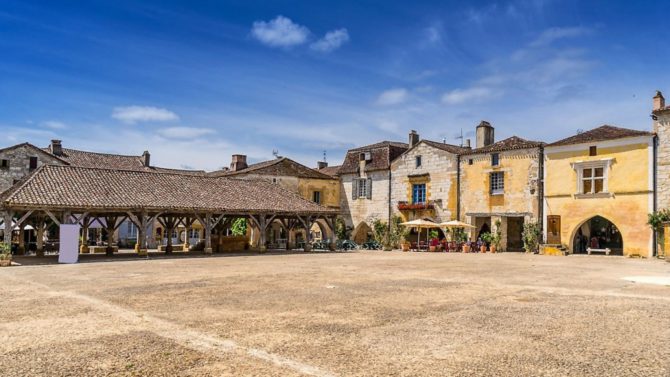 Dordogne is still the darling destination of British buyers – and by some margin, new figures show.

Visitors to our market-leading website FrancePropertyShop.com are more than twice as likely to look at Dordogne properties as those in any other department in France. Neighbouring Charente has jumped in popularity to become the next popular destination, overtaking Morbihan in Brittany which falls to fourth place behind Charente-Maritime.

The findings came from an analysis of 1.9 million page views on the website in the six months from May to October and showed that the number of people using the site to search for French property is almost double what it was in the same period in 2016.

“People’s passion for France and desire to find a high quality of life in a warmer climate seems to be very much alive and well,” says French Property News editor Karen Tait. “These findings certainly mirror reports we’ve had from estate agents that buyers are rushing to get a foothold in France before Brexit.”

You’ll be amazed at these French holiday homes under €50,000

Why you should buy a house on the Occitan riviera

Not everyone is relocating across the Channel; plenty of people are looking for holiday homes and are on the look-out for bargains, especially in Brittany. Almost half the visitors who specified a price bracket were looking for properties for €100,000 or less and Brittany came up in search terms time and time again. Indeed the region has some of the best value property in France, especially in rural communities inland such as Rostrenen where the average house is just €50,000. A four-bedroom Neo-Bretonne house in the Côtes d’Armor town, on the market for €94,265, was the most viewed property over the six months.

Manche in Normandy is another popular department for bargain hunters, thanks to the high number of attractive and good value properties within easy reach of the northern ferry ports and two coastlines.

Buyers are prepared to pay a bit more in Dordogne, Charente and other popular Nouvelle Aquitaine departments, which include Lot-et-Garonne, Haute-Vienne and Deux-Sèvres. A stone farmhouse for €244,500 near Jumilhac-le-Grand in north-eastern Dordogne was one of the most viewed properties as was a smart village house with three bedrooms and studio apartment near Cognac in Charente, priced at €224,000.

Budgets climb higher as people look further south towards the Mediterranean. FrancePropertyShop.com visitors were not so interested in Provence, the Riviera or Alps, but one of the most popular criteria selected were houses in Occitanie for up to €450,000. The most popular departments, by some margin, were Pyrénées-Orientales and Hérault, which are loved for the Mediterranean beaches, followed by Aude and Tarn-et-Garonne. Buyers in the region were more likely than those in other regions to specify that they wanted at least three bedrooms and a pool.

Previous Article What is la Toussaint in France?
Next Article New Roux restaurant set to open