Can I carry on running my UK business from France? 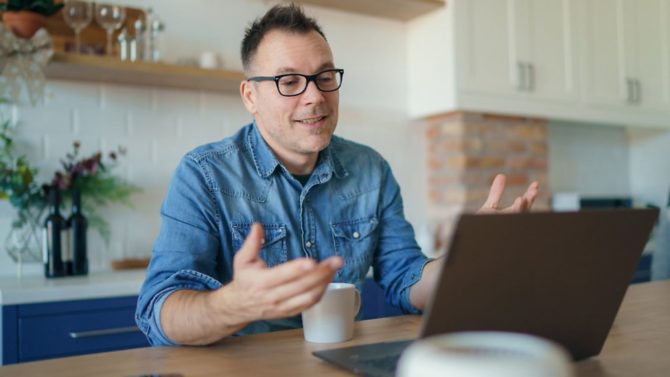 Want to live in France and continue running or working for a UK company? Debbie Bradbury explains what you need to know

As Brexit looms, we are getting more and more enquiries from people wanting to move to France and a large number of people are hoping to carry on their UK activities from their home in France.

The current Covid-19 pandemic and the restrictions of working from home have made people realise that they can actually work remotely. We thought it important, therefore, to remind people of the rules relating to territoriality and working from France when your company or employer is based in the UK (or anywhere else outside of France) as it may not be as simple as you expect.

Let’s take a look at the rules of French residency first and then what that means for professionals running their own business, and for employees and employers.

Unlike the UK, there is no flow chart in France to determine the number of days spent and the number of ties you have to the country in order to determine residency. The French tax authorities work on the following principal rules:

• Home: If you spend most of your time in your permanent home in France (whether you own it or are tenants), and it is where you return regularly (either daily, at the end of the week if you work abroad, or one member of a couple may come home to their spouse who stays in that French home regularly), then the French tax authorities consider that this is where you are tax resident.

Note that in France we file a ‘household’ tax return, so if you are married, you would be considered as resident as a couple and not individually.

• Main economic and centre of vital interests: If the above ‘home’ status cannot be determined (if you could say you have more than one permanent ‘home’ both in the UK and in France, and could fulfil the above conditions in more than one place), then the French tax authorities would look at where your main economic interests lie and where you have the closest personal and economic links, and this may be classed as your residency.

However, just because you earn your income in another country and that income is taxed in the other country, you are not automatically considered resident there – the ‘home’ and ‘183-day rule’ conditions would also be taken into account.

• 183-day rule: If it is still not obvious from one of the above, the French tax authorities look at how many days you spend in France, and consider you to be French resident when you spend more than 183 days of the year in France across a full tax year.

If none of the above can be easily determined, the French tax authorities may look at the country of your nationality as your true residency. If there are too many questions on either side, it would be down to the authorities in both countries to decide where you would be considered resident.

Despite the UK leaving the EU, the double tax treaty currently in place between the UK and France is not due to change. When income is earned in one country and an individual, or company, is resident in another country, there are situations where each country may have the right to tax that individual or company on the income earned there. The double tax treaty exists to determine in which country the tax needs to be paid.

Rules of residency relating to business

If you carry out your professional activity in France, even if you do so on behalf of your own UK Ltd company, or if you have a salaried employment contract with a UK employer, then you and your employer will need to make arrangements to carry out your activity in a legal manner, under French law. But what does this mean in real terms?

A guide to freelancing and self-employment in France

How to set up an internet connection at your French property

Whether or not a UK company, partnership or sole trader has a registered office in the UK and has clients who are based in the UK (or outside of France), if you move to France and are considered a French resident, you cannot simply work for that UK company under the same conditions as you did when you were UK resident.

Article 4, paragraph 4, of the Anglo-French double tax treaty states that the term ‘resident of a contracting state’ shall include, where the contracting state is France, any partnership, group of persons or any other similar entity:

b) Which is subject to tax in France (such as, for completing a full cycle of economic activity in France)

c) All of whose shareholders, associates or members are, pursuant to the tax laws of France, personally liable to tax in respect of their share of the profits of that partnership, group of persons or other similar entity.

Hence, to comply with French law, you will need to think of French alternatives.

Running a business from France

If you carry out the effective management of your business from France, the French authorities may consider that you have a French business and could treat it as such by demanding all the relevant French taxes (corporation tax, VAT, personal income tax) and welfare contributions (for you and any staff).

You may also be fined heavily for being considered as evading French taxation. We would strongly advise you take advice before considering running your UK business from France.

In the same way, if an employer is based in the UK but their employee works from ‘their home’ in France, then this employment can no longer be covered by UK employment law. The UK employer has to register in France as a foreign employer, draw up an employment contract under French employment law, and both employer and employee will be obliged to pay French welfare contributions.

The employee will then benefit from French healthcare, pension and unemployment in the event of redundancy.

Working in France on UK contract

If you continue to work under a UK employment contract while effectively carrying out your job from your home in France, the French authorities would consider that your employer should be registered as a foreign employer, and that both your employer and you should have been paying into the French social security system. They would have the right to automatically apply the French rules to your contract and claim back-dated welfare contributions from each of you, and income tax from you as the employee. France is now part of a PAYE system and when you are salaried in France, you are obliged to pay income tax at source on your salary (rates vary according to your household income).

Your employer may also be fined heavily for being considered as evading French taxation. We would therefore strongly advise you take advice before considering continuing your UK employment contract while living in France.

Please note that there may be an option for you to register as a self-employed professional in France and invoice your former employer for the work you carry out on their behalf, as one of your customers. However, as with IR35 rules in the UK, you will no longer be able to sign an exclusive working contract with that one customer, and they would not be able to oblige you to work specific hours, have specific holiday dates or other exclusive conditions.

Effectively, when you are self-employed, there can be no hierarchical relationship between the customer and yourself and should any of the above apply, this would be considered as a disguised salaried employment contract and could also be treated as such by the French authorities! So, what solutions exist?

Setting up a business in France as resident

France offers a range of business structures, from a start-up self-employed status (micro-entrepreneur) to different company structures. For most self-employed professionals, there is a choice of tax regime according to level of income and expenditure, and also depending on the category of income (commercial, artisanal and intellectual activities). Some activities are treated differently and have separate registration authorities and welfare systems (artists, authors/composers, agricultural activities) so it can be a minefield knowing which structure and tax regime is possible and best for your individual situation.

For intellectual activities (consultancy, teaching/coaching etc), you most definitely cannot be considered as running your UK business from France – if you are carrying out all your work remotely and do not travel regularly to meet clients or carry out your work away from home, then you will be obliged to register an activity in France. This may be as a self-employed professional or in the form of a small company – the choice will depend on various criteria including your level of income and how you wish to take your remuneration from the business.

Should we keep our UK property after we buy a house in France?

Want to run a business in France? Here’s what you need to know about health insurance

Setting up a branch of a UK company

In some cases, where you have a UK limited company and part of the activities of the company are carried out on French soil (such as a UK tour operator business running catered chalets in the Alps, where the services are being provided in France), you can set up a French branch of the UK company, which is a tax representative of the main UK company. This means there are no obligatory welfare contributions for the director managing the French side of the business.

The UK company is obliged to pay French corporation tax and VAT, if relevant, on the profits of the French revenue, but the branch is not a separate company and thus avoids most of the legal obligations for French companies.

The accounting in France is an extract of the limited company’s overall accounts, dealing purely with the French income and expenditure.

Please note, however, that we are not sure whether there will be additional regulations or restrictions for French branches once the Brexit negotiations have finished. If you’re looking to have a fixed establishment within the EU and you choose France, then you may decide to set up a subsidiary of your UK company or even a completely separate company. You would then need to work out whether your shareholders would be individuals or the UK company (or a mix) and go through the process of registration with the French equivalent of Companies House.In this case, if any of the shareholders are UK resident, any income taken from the French company (dividends or salary) must be declared on the UK self-assessment as foreign income and taxed according to UK taxation. For French-resident shareholders, that income will be declared and taxed in France.

Should any of the above be relevant to you, or if you are thinking of making a move and changing your situation, you will need to get sound advice and thoroughly research the pros and cons according to your individual situation. The French government is renowned for making changes to their finance and social security laws on a regular basis and they are already planning some changes for the December 2020 vote (2021 laws). So keep an eye out for any other changes relating to French law itself, which may mean a change in how you live and work in France.

Previous Article What is The Beaujolais Run?
Next Article 9 French properties for sale at €99k