What is The Beaujolais Run? 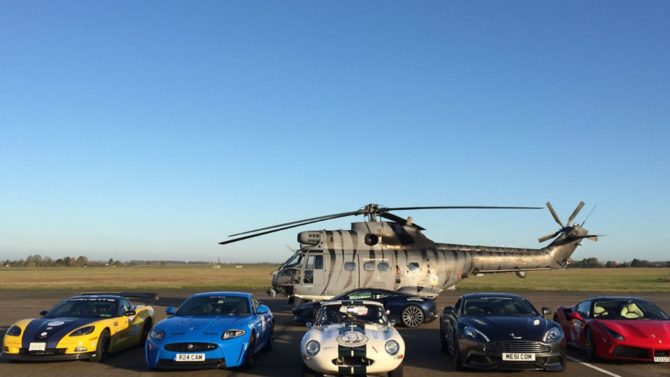 Held each year in November to mark the annual release of Beaujolais Nouveau, it is the longest-running pan-European car rally and has become a navigational competition and fundraiser

The Beaujolais Run was, like most excellent ideas, midwifed over a long lunch. It was the winter of 1970, and sitting at a dining table at the Hôtel Les Maritonnes, just south of Mâcon, mangling a coq au vin were the UK’s self-acknowledged crème de la crème of professional imbibers; The Good Wine Guide’s Joseph Berkmann, and Clement Freud –journalist, broadcaster, politician, a director of Mayfair’s Playboy Club, and scion of psychoanalysis. The boots of both gents’ cars were filled with the latest release of pinky-red Beaujolais Nouveau, and a midnight race back to Britain was proposed. The bibulous Berkmann won, and when Sunday Times wine critic Allan Hall (who famously once expensed an £11,000 lunch) got wind of it he threw down the gauntlet to the public. A new rally was born. Like America’s Cannonball Run, but much more bacchanal.

Mandated by the French government, the release of Beaujolais Nouveau takes place at 12:01am on the third Thursday of November every year. Ground Zero is the pretty medieval town of Beaujeu in Burgundy, from which the region north of Lyon takes its name. Throughout the 1970s and 80s, the challenge of the Run was to be the first to bring a bottle back to London’s thirsty newspapermen on Fleet Street.

Le Figaro proclaimed the race to get this little-appreciated tipple to the table “the greatest marketing stroke since the end of World War II”. As for Mr Hall, it was to his regret that “there is no trying to hide the disagreeable fact that I couldn’t possibly have chosen a worse vintage than the 1972 to inaugurate the run.”

Automobiles were the most popular delivery mechanism, of course, but some took other means such as elephants and a motorized bathtub. When a couple of resourceful bon vivants collected their cases with the aid of a Harrier jump jet, it was agreed this record time would never be beaten. The official Run (which is rigorously trademarked to dissuade highway counterfeiters) changed from being a race against the clock to a navigational competition and fundraiser on behalf of the Royal Air Force Benevolent Fund, which has supported the airmen and airwomen of the RAF, and their families, for a century.

The aim of the assembled runners is now to raise the highest amount for charity that they can, and to win the map-reading and mileage challenges. There are no rules on what they can drive as the organisers like to see variety; classic cars, kit cars, performance cars and 4x4s. Some are expensive, some are imaginative, and others are everyday. And there’s always a theme; last year it was The Great Escape.

This year’s Beaujolais Run leaves the UK on 16 November and returns on the 21st. The theme is The Battle of Britain and the route remains a secret until the last minute. Participants are required to raise a minimum of £1,250 per car for the Royal Air Force Benevolent Fund in addition to the £1,995 entry fee. This includes the Eurotunnel, accommodation, and organised dinners and drinks events en route.

What’s it like to take part in The Beaujolais Run? You can read about Adam’s experience in the November issue of FRANCE Magazine.

Learn about the wines of Occitanie at an online wine school

Striving for a dream life in Burgundy

Previous Article Where can I buy French food in the UK? The best supermarkets, delis and more for that French fix
Next Article Can I carry on running my UK business from France?