Why it’s a difficult time to buy a French property – and why that’s great news! 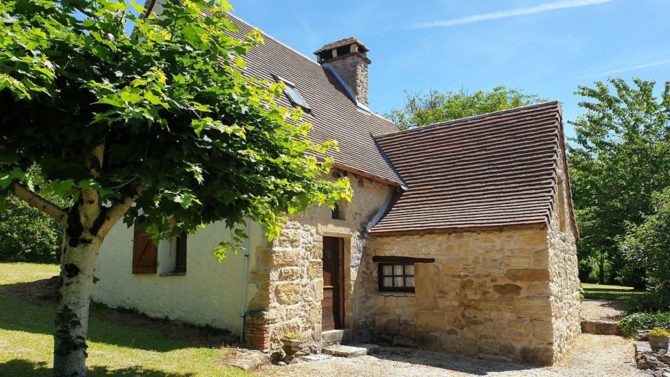 It’s a tough time for Brits to find their dream home in France, but probably not for the reason you think, says Ruth Wood

It has been a bumper year for the French property market and that has made things challenging for UK buyers dreaming of a place in the sun. The problem – and admittedly it’s a nice problem to have – is that there is a glut of beautiful bargains up for sale, and it is difficult for starry-eyed Brits to choose between them. “They are like kids in a sweet shop with too much choice!” says Carolyn Pratt, an agent for Idimmo Prestige & Châteaux in Charente-Maritime. “There are so many properties on the market that our buyers can take their time.”

It’s true, say the experts. Ten years after the global economic downturn, French confidence has been restored and the market is flooded with properties. They’re selling too. More than a million French homes have changed hands over the past year compared with 580,000 in 2009. The sheer volume of stock has kept prices competitive, especially in the countryside, while ultra-low mortgage borrowing rates have helped young people leap onto the ladder, keeping things moving.

“It has been the best year since the crash,” says Samm Khoury, manager of Lot-et-Garonne based Richard Immobilier.

Nationwide agency Leggett Immobilier agrees. “The French property market is incredibly healthy,” says chairman Trevor Leggett. “It’s being driven by a double whammy of low existing prices and incredibly cheap borrowing. This looks set to continue in 2020 and is in stark contrast to the depressed UK property market.

Are prices going up?

Yes and no. By the end of this month (Jan 2020), it’s forecast that house prices across France will have risen by 3.8% over the past year and apartment prices by a whopping 5.8%, excluding newbuilds. That’s more than double the annual growth in UK residential property prices, which stood at 2.2% at the end of November 2019. Experts fully expect 2020 to be another dynamic year, with the French professional body for estate agents, FNAIM, predicting that homes will increase in price by up to 3.4%. However, this masks the fact that the growth is still highly concentrated around major cities and towns where demand is high due to jobs and transport links, or in coastal communities loved by the French. In the rural inland areas most popular with British buyers, the picture is more mixed.

According to the Notaires de France, prices in Dordogne and neighbouring Lot-et-Garonne are actually slightly lower than they were a year ago (as of January 2020) an average home costing around €120,000. This is despite the fact that these departments neighbour Gironde whose capital Bordeaux has seen an eye-watering 45% increase in property prices over the past five years, thanks to its new high-speed train link to Paris and revitalised waterfront, though prices are now plateauing.

Indeed Samm Khoury, of Richard Immobilier, has noticed the “Bordeaux effect” in Bergerac, Ste-Foy-la-Grande and Castillon where she says prices are starting to rise due to a new super-fast train link to the big city.

In Charente, an increasingly popular destination with Brits, prices have risen by more than 7% in the past five years, though its capital Angoulême may be distorting the figures somewhat. It remains one of the most affordable departments in western France and prices are stable,” says Charles Miller, whose agency Charente Immobilier focuses on rural properties. “But as the stock of the most popular styles reduces, prices may well begin to rise,” he added.

Other agents also predict the rural market is on the turn. Freddie Rueda, of Real Estate Languedoc, says growing demand in Hérault and Aude is sure to push up prices soon. And Robert Welton, of Brittany-based Bel Air Homes, says: “It would appear that we are edging towards a market where prices are beginning to rise. It is a great time to buy.”

UK vs France: what properties can I buy for my budget?

Bag a French property bargain in the January sales

Are the Brits buying?

“Absolutely,” says Elaine Bennett, whose agency Berland Bennett is based in Deux-Sèvres. “Brexit has been very good for our business. The general consensus is that Brits are fed up with the whole thing and just want to make their plans and move forward.”

Many agents, lawyers and financial experts tell us the same thing. Debbie Bradbury, of the English-speaking French accountancy firm Sareg, said: “If anything, over the past three years we have had an increase in client enquiries! The majority of people seem to want to get away from the UK or at least put their money outside of the UK by investing in France.”

Breton agent Jean Bernard Le Fur, who has been selling budget homes for two decades through his company JB French Houses, said: “You would think Brexit would slow things down, but most of the time that’s not been the case.”

Brits certainly remain the top foreign buyers of holiday homes in France (27% of the total), having realised that Brexit will not affect their right to own a second home in France.

Property finder Dominic Hilton, of La Residence, said: “Although Brexit has of course created a lot of uncertainty, the fact remains that property in France is typically 50% cheaper than the UK, it has a better climate, better food and no Nigel Farage!”

But that’s not the whole story. Just as Brexit has polarised the public, so it has divided those hoping to move to France into wait-and-see and race-against-time strategists. People in the former camp want concrete answers about future healthcare and pensions access before they take the plunge. “They are mostly window shopping, awaiting to jump out of the starting blocks once they know about Brexit,” says Patrick Joseph of nationwide property finder service My French House.

Meanwhile, the latter group, are dashing to get established as French residents before Britons lose their EU citizenship rights at the end of the expected post-Brexit transition period (currently 31 December 2020). Rob Longley, of Beaux Villages, says: “There is some fear of the unknown, of course, but no diminishing of the appetite for a better way of life.”

What and where are they buying?

Brits account for six out of 10 foreign buyers in the south-west region of Nouvelle Aquitaine, showing that our love of ‘Dordogneshire’ is undented. We are also fond of the Alps, Occitanie, Brittany and Normandy but are less likely than other European buyers to seek out a property in Provence or on the Côte d’Azur.

Instead we feel the perennial pull of large but affordable rural properties that we would never be able to afford in the UK, says Robert Welton, of Bel Air Homes.

Trevor Leggett agrees.”British buyers still tend to favour traditional, stone, houses,” says the chairman of Leggett Immobilier. “Most searches contain the words ‘we’d like views over the countryside but it would be great if we were close to shops and the village bar’.”

All this is nothing new, but Brexit certainly seems to be fuelling an increase in people making a permanent move across the Channel as well as some expats making the move back. Trevor Leggett says: “We don’t have official figures, but at our last property show seminar I would say 90% of people held their hands up as looking to move permanently. Quite clearly a large percentage of the 16 million people who ticked ‘Remain’ at the ballot box are now voting with their feet!”