17 facts you didn’t know about the French language 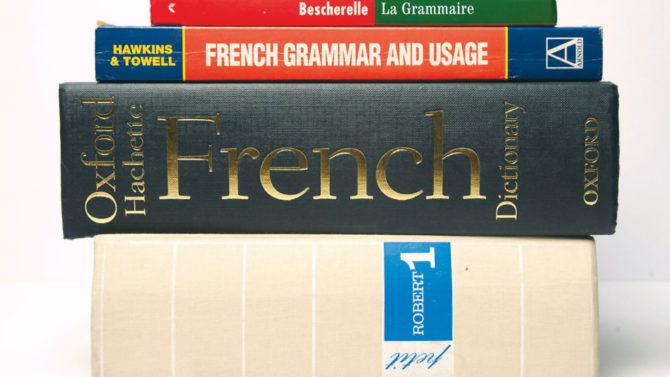 Did you know that French is spoken by more than 270 million people, including Bradley Cooper and Elton John, but in 1789 only 25% of French citizens actually spoke French?

1. French is the eighth most widely spoken language in the world after Mandarin Chinese, English, Hindi, Spanish, Arabic, Malay and Russian and there are currently more than 270 million French speakers worldwide.

2. It is Europe’s third most widely spoken mother tongue with over 65 million speakers, after German and Russian with around 95 million each, and ahead of English with around 60 million.

3. It is an official language of 29 countries and is also the second most widely learned foreign language.

4. French is a Romance language descended from vernacular Latin, with influences across the centuries from the Celts, the Romans and the Vikings. In more recent times, the English language has increasingly made its presence felt, though more in terms of vocabulary than grammatical structure.

5. During 17th-19th centuries French was the lingua franca among the educated classes across Europe and until the 19th century French was spoken more widely in Holland and Germany than in some parts of France.

6. At the time of the French Revolution 75% of French citizens did not speak French as their mother tongue, rather each region had its own dialect and patois

8. It was during the 19th century, with the creation of the post-Revolution nation state and its notion of uniting the French people, that the government insisted that a common French language be implemented and taught in schools.

61 French words and phrases to use when shopping in France

9. During the 20th century, the influence of French as the international language of diplomacy waned in favour of the English language, particularly after the rise of America as a leading international power after the Second World War.

10. French is still a working language of the UN, the EU, and dozens of international organizations including the International Red Cross committee, Amnesty International, and Doctors without Borders.

11. For 300 years after William the Conqueror became king of England, French was the official language of England and it is estimated that around half of English words come from French.

12. The Académie Française was established in 1635 with a remit to “carefully and diligently work towards applying certain rules to our language and to make it pure, eloquent and able to be used in the arts and sciences”. It was the first body ever to rule over a language and since then most of the world’s main languages have a similar type of institution.

The French words we use in everyday English conversations

13. French has more than a million words and 20,000 new ones are created every year.

14. Accents, including acute, grave et al, were introduced in the 1500s with the arrival of the first printing press. At the time, the French language had several redundant consonants, and printers wanted to find ways to eliminate letters from words. So the cedilla (ç) was introduced in 1530 to indicate a soft ‘c’ before the vowels a, o and u, previously indicated by printers variably with ch, ss, ce. The acute accent (é) was brought in to replace consonants that were written but not heard, for example eschelle became échelle. However the circumflex (ê) was not introduced until a couple of centuries later, taking the place of internal consonants, hence beste became bête, etc.

15. The longest word in the French dictionary is anticonstitutionnellement meaning unconstitutional.

16. The shortest town name is Y in Somme, northern France