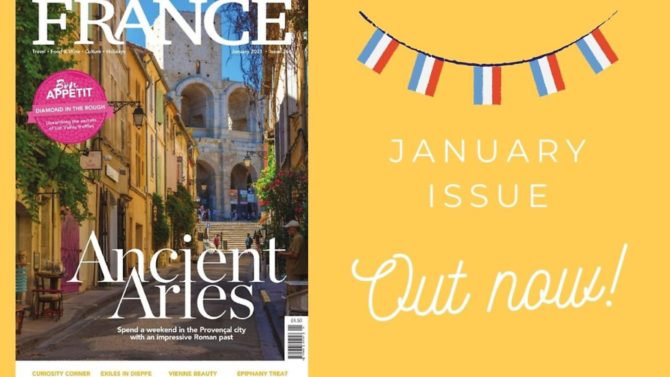 From an eerie curiosity cabinet to an unusual archery tradition, here’s a sneak peek of what you’ll discover about France in our new UK issue

“It’s all very Harry Potter in a creepily magical kind of way,” says writer Stephen Turnbull to sum up this unusual museum.

Explore the wonders of the Musée d’Anatomie with Stephen on page 64.

2) If you’ve seen Lascaux, try the amazing Roc aux Sorciers in Angles-sur-l’Anglin next

A facsimile of these amazing rock shelters, the highlight of which is an 18m-long frieze full of human and animal carvings, is well worth a visit.

See what other unexpected treasures await in this Vienne destination with Lara Dunn on page 34.

See France’s equivalents to the great Mongolian-Manchurian grasslands, the tropical beaches of the Caribbean and the US’s dramatic national parks

Take a tour around the world – but in France! – with Sophie Gardner-Roberts on page 38.

4) Next time you visit Arles, head below ground to the fascinating cryptoportiques to see another side to the Roman city

This 2,000-year-old network of chambers sit directly below the Roman forum and were once home to shops and storage cellars.

Oscar Wilde and Aubrey Beardsley were just two of the artistic folk who sought refuge in the Normandy port in the 1890s.

Delve into the history of Dieppe’s bohemian residents with Deborah Nash on page 52.

The Fêtes du Papogay in Rieux-Volvestre have taken place since the 14th century – the first person to hit the bird is crowned king of the festival.

The Sacré-Cœur Basilica is set to become a Monument Historique, a designation awarded to France’s top national heritage sites.

Find out how to take a virtual tour of this much-loved landmark on page 24.

So what are you waiting for? The January 2021 issue of FRANCE Magazine is out now: order your copy here.