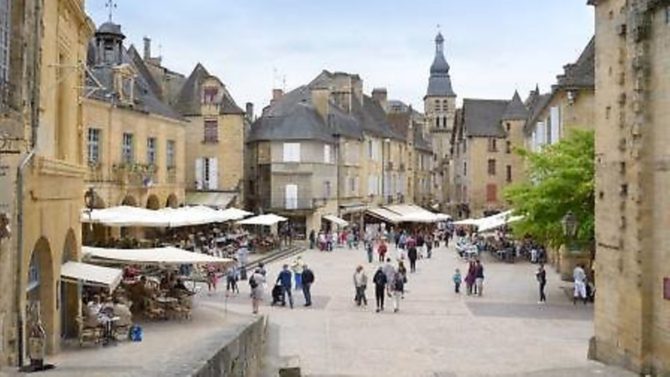 Celebrate the best of French food and produce at one of the country’s regional festivals and sample everything from snails, garlic and seafood to the humble carrot

The Périgord black truffle is celebrated at this annual festival in Sarlat-la-Canéda in Dordogne in January. Thousands of visitors descend on the honey-coloured town for truffle-hunting demonstrations, tastings and workshops. Cheer up the winter by sampling the ‘black diamonds’ at a pop-up market, where you can chat to producers and buy other truffle-related products sarlat-tourisme.com

Love it or hate it, foie gras is very much a part of French cuisine, and particularly in the south-west. In early March, the picture-perfect Dordogne town of Sarlat-le-Canéda celebrates this indulgent regional speciality with a market, cooking demonstrations and live music. The high point is a massive banquet, attended by about 800 guests. In addition to all-you-can-eat foie gras and other classic goose dishes at the formal dinner, a Périgord-style goose soup is offered to all sarlat-tourisme.com/en/festoie-goose-fair

Lovers of French cuisine throng to the stunning location of the Grand Palais on the Champs-Élysées for the Taste of Paris festival. This celebration of food and drink includes demonstrations and tastings from a variety of Parisian chefs and restaurants, as well as hands-on cookery classes and a chance to learn those secret skills and tips from the masters. Pop-up restaurants and a Laurent-Perrier champagne bar will keep body and soul together, and there are also ample opportunities to buy some of the best French produce paris.tastefestivals.com

This seafood fiesta has long been a fixture on the spring calendar for the harbour towns of this Brittany département. Scallop fishing is a crucial part of the region’s economy, and in late April, locals and visitors enjoy the fruit of the labours of the area’s fishermen. Highlights include watching scallop fishing in action from a boat, learn-to-dive sessions, talks, parades, concerts and of course, the chance to enjoy scallops in all manner of dishes. The 2019 event takes place in Paimpol brittanytourism.com

Surrounded by apple trees groaning with blossom, the pretty town of Cambremer comes to life in early May, celebrating the best of Normandy’s AOP/AOC products with a weekend of gourmet indulgence. Edible entertainment abounds for visitors, with tastings, cookery classes, talks and chef demonstrations, while children are well catered for with their own – non-alcoholic – tastings and workshops. Other events include guided cycle rides and walks in the beautiful countryside of Calvados lesrencontresdecambremer.fr

Founded in 1970, the Lautrec Festival promotes the area’s renowned, IGP protected pink bulb. The popular event, attracting around 15,000 visitors every year, includes a market, soup tastings, music, storytelling, and garlic-peeling and plaiting contests as well as a massive feast on the Friday evening ailrosedelautrec.com

More than 20,000 visitors are expected at this annual oyster extravaganza overlooking the Étang de Thau, which includes tastings of the precious locally grown oysters as well as other produce from the area. There is entertainment aplenty, too, with folk dancing, music, street performers and fireworks lafoireauxhuitresbouzigues.com

Carrying the prestigious ‘red label’, the carrots of Créances in Normandy are famous throughout France. Every August, the humble root vegetable is lauded at this festival, with a marquis of food, music, vide-greniers and fireworks tourisme-cocm.fr

This little gem of a local festival goes to town in its enthusiasm for France’s favourite mollusc. The modest town of Digoin, in the rural landscape of Saône-et-Loire stages a celebration of all things snail. There is a vide-grenier, music and dancing, but it is the escargot extravaganza that is the festival’s raison d’etre, with around 100,000 snails (weighing a total of 1,200 kilograms) cooked in large vats, and consumed at the 2017 incarnation fete-escargot.org

The key ingredient in Alpine favourites such as tartiflette, Reblochon cheese is one of La Clusaz’s most famous products. The festival includes cheese-making demonstrations, bread-making, parades of floats and folk dancing as well as the inevitable tastings and giant tartiflette laclusaz.com/ete

This grand celebration of the famous speciality of the historical Lorraine region – the Mirabelle plum – features a large market where you can meet growers and sample the fruit. Other attractions include fireworks, parades and concerts, a giant picnic and the pi?ce de resistance, the crowning of the year’s Mirabelle queen tourisme-lorraine.com

Anyone with an appetite for the humble prawn should head to the picturesque Normandy port of Honfleur for this annual celebration. The festival sets up on the quayside. Here seafood lovers can find a market where fishermen sell the local speciality along with oysters and anything else from their catch. The celebrations have a strong maritime theme with other attractions including sea shanty performances, stalls selling arts and crafts inspired by the sea, and a pirate village for younger visitors ot-honfleur.fr

The tiny village of Mourjou in central France is surrounded by chestnut groves and has been celebrating this winter favourite since 1990. The main attraction is a market where 80 growers from across France sell their produce. Visitors can also enjoy cookery demonstrations, guided walks and street entertainment, while children have games to keep them amused foirechataignemourjou.fr

The Loire Valley town famed for its beautiful Renaissance château set on an island is also the location of an annual apple fair. The event is one of the highlights of the year for the local area, with stalls selling all kinds of apple imaginable including beignets (doughnuts). There are also cider-making demonstrations, musical performances and a feast where diners can tuck into dishes using apples azay-chinon-loirevalley.com

This traditional Basque village has been producing spicy dried red peppers for centuries, and since 1968 has held a festival to honour its number one export. A large market sells different varieties of the pepper as well as other regional specialities, and the village’s own pepper brotherhood, the Confrérie du Piment, leads a procession. Basque traditions are much in evidence, with music, dancing and games of pelota on the fronton (court) espelette.fr

There are few winter treats as festive (or tasty) as chestnuts, and the Fiera di a Castagna in Bocognano on Corsica, in early December, is the perfect excuse to stock up on these seasonal snacks. The fair is the biggest of its kind on the island and attracts around 150 exhibitors. As well as chestnuts, visitors can feast on cheese (including the local brocciu), pastries, hazelnuts, honey, wine and beers. Live music and a craft market add to the merriment fieradiacastagna.com

Previous Article 11 French properties on the market in September you have to see
Next Article Who Gers wins! Why bold Brits move to this part of France