14 things you didn’t know about the Cannes Film Festival 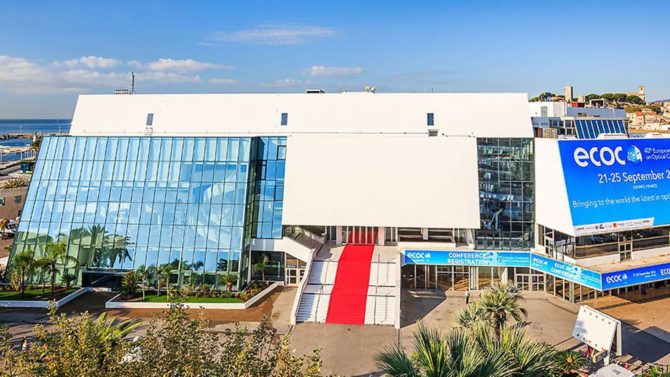 France’s most famous film festival is best known for world-class cinema and its glitz and glamour brand, but what don’t you know about the star-studded event?

1. The first official Festival de Cannes opened on 20 September 1946, after an earlier event, in 1939, had been abandoned due to the outbreak of World War Two.

3. The annual budget of the festival is around €20 million, and generates some €80 million for the town and wider region.

4. The famous red carpet is changed three times a day under the pressure of designer footwear.

5. Every festival uses 2km of material for the red carpet.

6. For every headline screening, there is a rehearsal that takes place in the early hours of the previous night.

7. The Palme d’Or, the prize awarded for the best film, was first awarded in 1955, replacing the Grand Prix. The first ever winner was Delbert Mann’s romantic comedy, Marty.

8. The Palme d’Or award is made out of 24-carat gold and is modelled on the emblem of Cannes – the palm leaf.

9. Every year a group of journalists get together to award a prize for the best dog performance – the award is known as the Palm Dog.

10. Before a film screening, you’re likely to hear someone shout ‘Raoul!’ This in-joke is in reference to a journalist who, years ago, tried to save a seat for his friend. When the movie was about to start and he hadn’t yet showed, he yelped his friend’s name, starting a festival tradition.

11. The festival was cancelled in 1968. At the time there were student and worker uprisings across France and a group of directors decided to close the festival mid-way through, in solidarity with the protestors.

12. Throughout the year, the festival is run by 30 full-time staff but when the event comes around in May, there is a team of 850.

13. It’s believed that the population of Cannes increases to some 210,000 people for the duration of the event; almost three times its size of 73,603.

14. The festival was born from an anti-fascist agenda. In 1939 France’s then Minister for Education and Fine Arts, Jean Zay wanted to start an alternative to the Venice Film Festival, which had become a showcase for fascist propaganda films. The first Cannes festival was announced in June for September of the same year.

Previous Article Pound to Euro rates hit multi-month highs with snap-election call
Next Article Will President Macron have a positive impact on the French property market?