Will President Macron have a positive impact on the French property market? 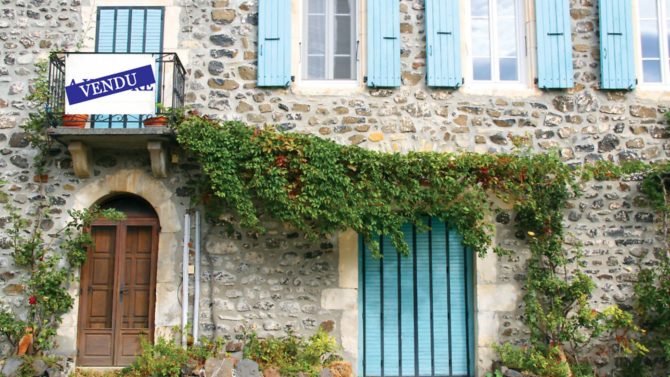 What effect will the election of President Macron have on the French property market?

The election of Emmanuel Macron as the new French President was met with relief by many property agents and seen as a positive result for the French property market. Although much will depend on whether his party can obtain a majority in the legislative elections in June, there are several policies already announced that could impact the property market.

“The property market, which has been accelerating in 2017 and has continued to do so since Sunday’s announcement, is expected to remain stable over the coming months,” says Athena Advisers. “Macron will be looking to build on this rather than change it, however, some suggestions are already in place to help boost the market. The wealth tax will be reviewed to focus solely on property, which will motivate French owners to sell their properties, in turn creating increasingly more opportunities on the market for international buyers.”

Tim Swannie, Director of Home Hunts, agrees, “The property market has been improving throughout France for the past couple of years and his government will want to build on this. Macron is committed to reducing some of the taxes for property owners and simplifying the fiscal framework in France. He is unlikely to reduce the capital gains tax but has promised to bring in a certain number of changes. These include the exemption of the annual taxe d’habitation, which the majority (80%) of households pay, reducing dramatically the wealth tax paid each year and simplifying rental contracts.”

“If he is able to implement his policies the (already strong) property market will receive a real boost,” says Trevor Leggett, chairman of Leggett Immobilier. “Domestically, people will feel encouraged to invest in property – the self-employed will find it easier to get a mortgage and corporations will want to bring their businesses to France. International buyers will take real heart in the President’s wish to retain a strong and unified Europe. Buying their own little parcel of France will be a real goal for many from the UK.”

Enthusiasm for property buying remains high in France with the annual number of properties being snapped up topping the peak of a decade ago, according to the latest official report from the Notaires de France. There were an estimated 867,000 properties sold in the 12 months to the end of February 2017, a year-on-year increase of 7.7%. This comfortably beats the previous all-time high of 837,000 set in May 2006 before the slump induced by the global economic downturn. However, Notaires de France puts the data into context by pointing out that the number of actual dwellings in France had also risen dramatically since the turn of the new millennium. As of last year there were more than 35.5 million homes in France, 19% more than in 2000, whereas the number of sales has risen by only 7% over the same time period.

Why is the number of transactions so high?

The report put this increase down to low mortgage rates stimulating the market and continuing tax breaks keeping the market attractive and stable. The report also speculates that the signs of small rises in lending rates seen recently are causing potential buyers who were waiting for the right moment to commit to a property purchase due to fears that rates will continue to increase.

Property prices are also continuing their upward trend with a year-on-year increase of 1.7% in the fourth quarter of 2016 on resale properties (older homes rather than new-builds). Apartments rose in price by 1.9% and houses by 1.5%.

Only three major French cities saw a dip in apartment prices over the year – St-Etienne, Toulouse and Marseille. Booming Bordeaux has seen a staggering 11.2% rise in prices over 2016, thanks in part to its revamped waterfront and the impending launch of a new high-speed rail link with the capital. Sharp rises were also recorded in Strasbourg (6.8%) and Lyon (6.2%).

Previous Article 14 things you didn’t know about the Cannes Film Festival
Next Article What are the differences between French and UK mortgages?