The role of the mayor and mairie in France 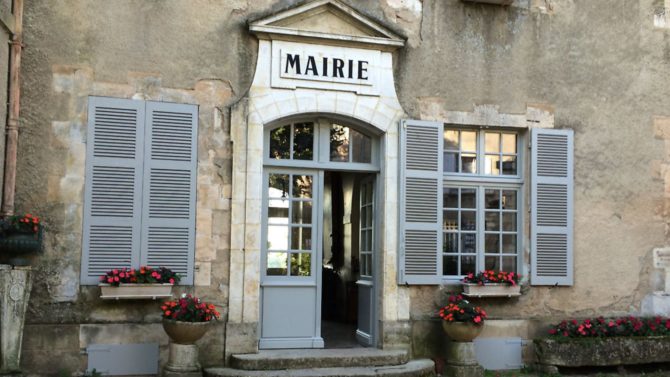 From local taxes to transport and schools to tourism, the French mayor and mairie are responsible for a number of important aspects of life in your local community in France

The local mayor is a respected figure in France with a wide remit that comes with plenty of responsibility – or power, depending on how you look at it. French people generally address the mayor as monsieur or madame le maire, showing a deference (or wariness) that is commonly reserved for elected public officials across the spectrum in France. Given that these élus, as they are known, can arguably sway decisions that may at some point affect an individual personally – for example, a large car park development opposite their house – most people maintain a healthy respect.

That said, any local resident of French nationality can stand as mayor and any French of EU-national resident as local councillor, regardless of qualifications, experience or skills. So, as in any democracy, people should feel free to challenge decisions, notably on more complex matters, if they feel it necessary.

The mayor is head of the mairie and president of the conseil municipal (municipal council), responsible for organising and managing community matters within their municipal territory.

As leader of the local community, the mayor has a wide-reaching role. The mandate includes:

• Establishing and managing the local budget.

• Decisions relating to local schools, for example increasing or reducing the number of classes.

• Approving purchases and sales relating to community property or activities.

• Managing employees of the mairie.

• Protecting the safety and security of local inhabitants.

In terms of controls on the mayor, a state préfet ensures that the decisions taken by the mayor and the conseil municipal are in line with Le Code Général des Collectivités Territoriales, while accounts are subject to examination by the Regional Chamber of Accounts.

What is the conseil municipal and what do they do?

The councillors (conseillers municipaux) also elected in the municipal elections, represent local inhabitants and play an integral role in fulfilling the maire’s mandate.

Together with the mayor and the deputy mayor (adjoint/e au maire), the councillors form the conseil municipal, which is chaired by the mayor. The council has a duty to meet at least once every three months to ratify decisions, develop projects and agree budgets for the social and economic well-being of the area. Proposals and decisions are carried by a majority vote of all members of the conseil municipal.

Mayors can, and often do, delegate certain projects or specialist areas to various sub-groups within the conseil municipal known as commissions. These are headed by a conseil member but often involve working with professional partners or skilled local residents.

In many smaller communities, the mayor also works in tandem with the local Communauté de Communes or Communauté d’Agglomération, effectively a larger collectivité territoriale which oversees similar functions to those of a mairie (hygiene, housing, public works etc) but across a wider geographical area. The decision body of these communautés is made up of nominated members from the municipal councils in the various communes grouped together.

The conseil municipal should hold a meeting at least once every three months (often they are once a month) to discuss local affairs and vote on proposals. Council members who are unable to attend nominate a fellow member to vote in their absence.

The agenda is published in advance and local inhabitants are permitted to attend the meetings, however, they cannot participate unless they have requested a hearing in advance. The mayor can opt for a closed meeting in extenuating circumstances (i.e. if there are fears for public order). Minutes of the meetings have to be made available to the public, for example, posted in the mairie or on its website.

Local elections take place every six years – the latest took place in March 2014. Prospective councillors (including mayor hopefuls) come together to stand collectively for elections as a complete list, comprised equally of women and men. Often they indicate a political leaning, but not always and it isn’t imperative. Each list (there’s no limit) has to be submitted ahead of an election deadline and a set of objectives published in a manifesto-style document known as a ‘profession de foi’. This document is distributed by the local postal service to every inhabitant.

Voters are required to vote for a complete list (EU nationals have the right to vote in local elections and EU elections in France). Under proportional representations rules, the list that wins more than 50% of the vote in the first round, or with the majority vote in the second round, takes the positions of maire and adjoint(s) au maire plus the lion’s share of seats in the conseil municipal. Other lists gain a few seats in proportion to the percentage of votes won. The number of seats in the conseil municipal ranges from seven for communes with fewer than 100 residents up to 69 for larger territories with up to 300,000, while major city conurbations may have more than 100 (for example Paris current has 163).

In communities with fewer than 1,000 inhabitants, voters can cross out and even add names to a list and the conseil municipal is made up of the people winning the most votes from across the lists.

The mayor is subsequently elected by a majority vote in a secret ballot of council members at the first council meeting after the elections.

What is the role of the mairie in France?

The mairie is basically the administrative centre that carries out the various functions designated to the mayor, adjoints and conseil municipal. It is where you go for the majority of civil matters, including registering births (within three days) and deaths (within 24 hours) and for carrying out the civil part of a marriage. It’s also where you register children for the local primary school.

The mairie also handles the administration for identity cards and passport renewals – though not for expats – and looks after the electoral roll.

If you need planning permission to build, extend or carry out certain work on your house, you should apply to the local mairie. Similarly, if you wish to obtain special parking permits for a removal lorry or skip, the mairie is the place to ask.

While there are numerous official bodies and authorities in France delivering different aspects of public services, you’ll be surprised how many functions are handled by the local mairie, even if as an initial gateway to more specialised assistance. Many mairies offer advice relating to the following domains:

• Housing – list of available local property, both rental and for sale.

12 things you should knwo about French schools

How many of France’s presidents do you remember?