Where to buy French property… if you want mountains 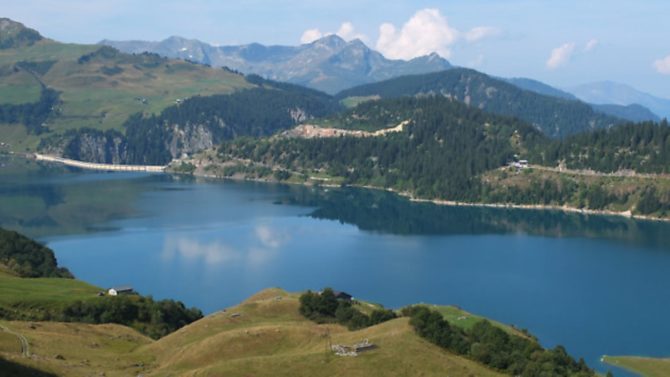 The Alps may spring to mind, but France has several mountain ranges including the Pyrénées, Massif Central, Jura and Vosges.

The highest peak is Mont Blanc (4,808m) in Haute-Savoie. Bordering Switzerland and Italy, other Alpine departments include Savoie and Isère, all in the Rhône-Alpes region, and Hautes-Alpes, Alpes-de-Haute-Provence and Alpes-Maritimes in the neighbouring Provence-Alpes-Côte d’Azur region.

All are home to ski resorts, but they also attract summer holidaymakers too, keen to make the most of outdoor activities like hiking, mountain-biking, canoeing and angling as well as the spectacular scenery of the Vanoise, Écrins and Mercantour national parks, and Vercors, Queyras and Verdon regional natural parks. The Alps are easily accessed via flights into Geneva, Lyon and Chambéry – there’s also a winter ski train.

The second most prominent mountain range in France is the Pyrénées, forming a north-south backbone through south-west France, and part of the Midi-Pyrénées, Languedoc-Roussillon and Aquitaine regions. Mountains here reach over 3,000m and there are ski resorts here too which, while not as challenging as some of the Alpine resorts, have a reputation for being family and budget friendly. There are also spa towns and the Pyrénées national park is ideal for walking and outdoor pursuits.

Coveromg 15% of mainland France, the Massif-Central is located mainly within the Auvergne and Limousin regions (plus parts of Languedoc-Roussillon, Midi-Pyrénées and Rhône-Alpes). It too has a few ski resorts as well as historic towns like Clermont-Ferrand and spa towns (Chaudes-Aigues has the hottest spring in Europe). Formed from extinct volcanoes, the highest peak is Puy de Sancy at 1,885m. The Massif also includes the Cévennes hills to the south, which reach 1,700m on Mont Lozère. The Auvergne Volcanoes park is Europe’s largest regional natural park, and also one of the oldest, established in October 1977.

Moving north-east, the Vosges peaks stretch from the Rhône river to the Rhine, rising to 1,424m on the Grand Ballon, part of the Ballons des Vosges regional park. Peaking at 1,718m (Crêt de la Neige), the Jura mountains are further south in Franche-Comté (also creeping into Savoie and Alsace), on the German and Swiss border, and include the Haut-Jura regional park. Both the Vosges and Jura are popular for cross-country skiing.

There are smaller mountain ranges also scattered around France, such as Morvan (901m) in Burgundy, Ardennes (694m) in Champagne-Ardennes, Massif Armorican (416m) in Brittany and Suisse-Normande (345m).

Previous Article How to prepare for a move to France
Next Article Real Life: a makeup artist in Charente