Where to buy French property… if you want it cheap 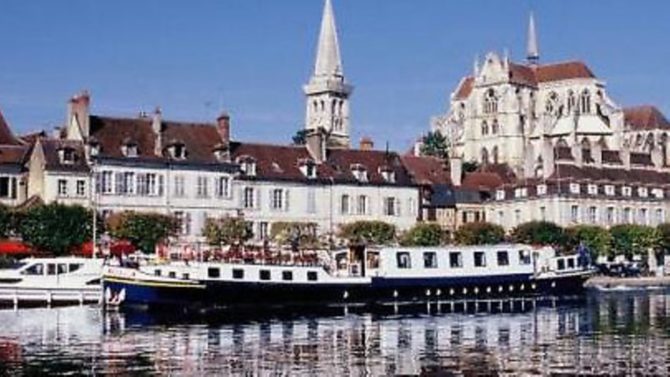 Within the regions, prices can vary quite dramatically for the departments however, with higher averages for those containing the regional capital, with a coastline or with sought-after ski resorts.

The cheapest 10 departments (with their average house price) are:

Some of these – Creuse, Orne, Charente, Deux-Sèvres and Corrèze – have been popular with British buyers for some time, drawn in part by the low prices. The attraction doesn’t stop there though.

Just across the Channel from the UK, Normandy has long been a hotspot for holidaymakers and househunters. Orne offers attractive countryside, but is less expensive than the coastal areas while still being within easy reach of the seaside and ferry ports. It has plenty to recommend it, including the Belle Époque spa resort of Bagnoles de l’Orne, the departmental capital Alençon, châteaux like Carrouges and Domfront, and towns and villages full of history; Orne is also the home of camembert. With stunning countryside, including the Swiss Normandy area, it’s ideal for hiking, cycling, canoeing and fishing. It’s also great for equestrians, with numerous bridleways, shows, racecourses and studs.

An easy day’s drive from Channel ports (with an international airport at Poitiers), and offering a sunny climate and laidback French lifestyle, Charente and Deux-Sèvres are Poitou-Charente’s cheapest departments. Charente has charming market towns and villages, many on the banks of the Charente and other rivers, including Cognac, Jarnac, Aubeterre-sur-Dronne, Confolens, Ruffec and Verteuil-sur-Charente, as well as the beautiful city of Angoulême. Fields of sunflowers complement rolling vineyards, and there are plenty of historic buildings to visit. Deux-Sèvres is named after its two rivers – the Sèvre-Nantaise and Sèvre-Niortaise – and contains part of the magical Marais Poitevin. A rural department, towns include Niort, Parthenay, Thouars, Bressuire and Coulon.

At the heart of France, Limousin was traditionally a rural backwater. Now though, with flights from the UK into Limoges and Brive, plus a much improved road network, it’s been put firmly on the British househunters’ map. Bordering perennially popular Dordogne, Corrèze shares its undulating landscape and pretty villages – the department is particularly rich in Plus Beaux Villages, including the association’s first ever village Collonges-la-Rouge, along with Curemonte, St-Robert, Ségur-le-Château and Turenne as well as pretty spots such as Beaulieu-sur-Dordogne and Treignac. The Dordogne river flows through the department (dammed in places creating lakes) along with the Vezère and the Corrèze, on whose banks the main town, Tulle, is situated. The rural department of Creuse includes the Millevaches Plateau, home to the red Limousin cattle, and the departmental capital Guéret on the River Creuse. Other attractive towns include La Souterraine, Bourganeuf, Boussac and the spa resort Évaux-les-Bains.

The other departments on our bargain list have tended to slip under the radar of British buyers, perhaps because they are all far from the coast, and being in the northern or eastern half of France are not perceived as being sunny. However, they undoubtedly have their attractions apart from low property prices.

It always surprises me that Burgundy, renowned for its wine and gastronomy, is not more popular with British househunters. Nièvre has the beautiful Morvan mountains, as well as the pretty Loire and Allier valleys and attractive towns like the departmental capital, Nevers, the fortress town of Château-Chinon and hilltop Clamecy overlooking the River Yonne.

Just south of Nièvre, Allier has meadows, forests, rivers and lakes, and is generally not as hilly as the rest of Auvergne although it still has a couple of ski resorts. It has a historic capital Moulins, Montluçon with its old town and castle, and spa towns such as Bourbon-l’Archambault and Vichy.

A relatively easy drive from Calais, and with the famous champagne vineyards on its doorstep, Haute-Marne’s main town Chaumont offers views over the Marne valley, while Langres is a striking fortified town (don’t forget to try the eponymous cheese) and Bourbonnes-les-Bains is an important spa town. Water is very important here, from the many rivers to the largest man-made lake in France, Lac-du-Der-Chantecoq, popular with watersports enthusiasts and walkers.

Bordering Haute-Marne, Haute-Saône in Franche-Comté is also characterised by its many lakes, again offering watersports, complemented by dense forests and farmers’ fields. Despite being an industrial area in the past, it’s now one of France’s most peaceful spots, home to charming towns and villages such as Vesoul, Champlitte and Pemses.

Also neighbouring Haute-Marne, this time to the north, in Lorraine, Meuse featured heavily in WWI, suffering devastating losses. Today it is a tranquil area, with gentle countryside, an attractive capital in Bar-le-Duc and the fortress town of Verdun.

Previous Article 5 properties to renovate in France
Next Article Driving in the mountains with snow chains: 14 dos and don’ts to keep you safe