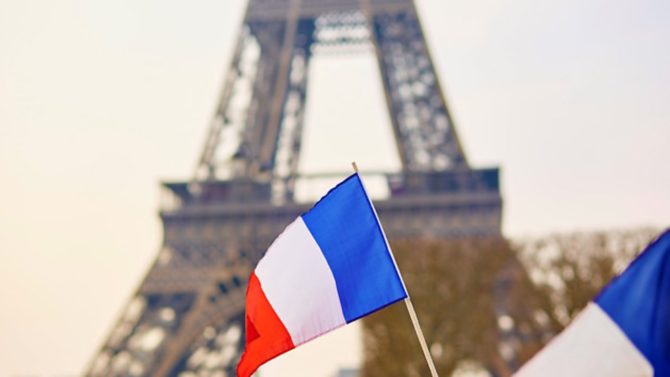 Anyone who has been in France on 14 July will know that Bastille Day or the Fête Nationale is a big deal in France, but what is it and where do you celebrate it?

Why do the French celebrate Bastille Day?

The origins of Bastille Day, or the Fête Nationale as it is known in France, can be traced back to the 18th-century and the storming of the Bastille.

Originally built as a medieval fortress, the Bastille was used as a state prison to house numerous political prisoners whose work displeased King Louis XVI. The fortress quickly became a symbol of the king’s absolutist regime and, on 14 July 1789, was captured by an angry mob, a move which triggered the French Revolution.

One year later, in 1790, celebrations were held to mark the fall of the Bastille and the notions of freedom and unity that the new constitutional monarchy had brought with it. However, it was not until 1880 that the modern-day celebrations really got under way after French politician Benjamin Raspail proposed a law for 14 July to be recognised as an official holiday.

How is Bastille Day celebrated in France today?

Bastille Day is celebrated across France and there will be something happening in pretty much any town or village you visit. But there are a few places where Bastille Day celebrations reach a whole new level…

Paris: One of the oldest is the military parade held in Paris which dates from 1880. The parade begins near the Arc de Triomphe and spreads throughout the city. The festivities continue afterwards in the form of a military visit to a particular Paris suburb where local people greet soldiers and talk to them about their profession.

Carcassonne: No 14 July celebration is complete without fireworks and if fireworks are what you are looking for then head south to Carcassonne which puts on one of France’s biggest fireworks displays on Bastille Day.

Côte d’Azur: The bays along the Côte d’Azur also put on some impressive shows with fireworks launched from boats out in the Med lighting up the coast. Book dinner at a restaurant with views of the bay for a special Bastille Day experience.

Annecy: Annecy organises a host of celebrations along its lakeside promenade with live concerts and street activities topped off by a magnificent ball with dancers in period costume.

Lyon: Lyon is the winner as far as originality goes; local firemen organise all the events, which range from a firemen’s ball to a fire station nightclub complete with sandy beach for dancing barefoot all night long.

Previous Article What impact could Brexit have on British holidaymakers?
Next Article WIN! A seven-night family villa holiday in Aquitaine