The perfect plaice: running a fishing business in France 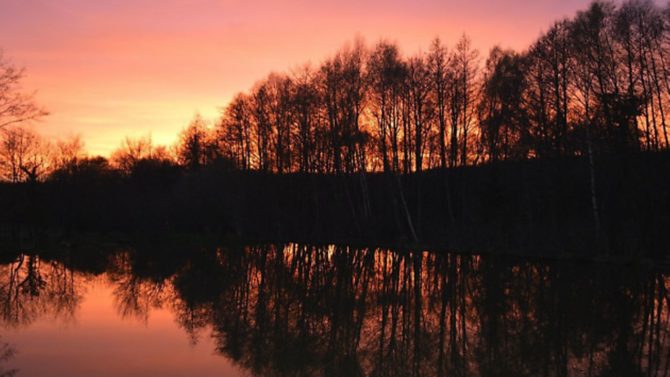 From freshwater lakes to deep sea tours, fishing has never been more popular in France. Lynette Eyb speaks to two families who have entered the world of fishing tourism

When Allan and Josie Francis-Munn began looking for a French property with a gîte, a fishing tourism business was the last thing they would have put on their must-have list.

However, when they were shown round La Chatouillette in the Parc Naturel Régional de Normandie-Maine, their entire business plan changed. The property, which did have the desired gîte, also came with seven acres of land and a carp lake – as well as a trout river that ran along the length of the property.

“Our main objective was to purchase a gîte and generate a rental income from it,” says Allan. “The stocked carp lake was a bonus and, as a result, we became involved in the fishing side as well.”

Lake management was a steep learning curve for the couple. “The chap who was here before us taught us a lot,” says Allan. “Neither of us are fisherpersons – we love the place and the business, but we had never cast a rod between us. That doesn’t mean to say that we aren’t very careful about the management of the lake and we now know a lot about the fish.

“It didn’t take us long, learning from books on the subject, visiting websites and talking to other lake owners – it’s amazing how quickly you learn when you’re faced with a new and exciting challenge.”

The one-and-a-half acre lake is well stocked with carp averaging around 22lb, with some weighing 30lb and over. The waters also stock perch, roach and tench and there is a resident catfish weighing 40lb.

Gîte guests, mainly from the UK, Holland and France, have exclusive use of the lake. This private use means that guests don’t need to worry about arranging a fishing permit, which is a requirement on public waterways across France.

Reserving the lake for guests not only maximises privacy, but also safeguards the water quality of the lake as well as the health of the fish in it.

“We have rules and fish care guidelines that we ask our guests to abide by,” she says. Josie and Allan have also marketed their gîte to cyclists and walkers recently, as there are numerous greenway routes nearby. The lush flora and fauna of the area also make it a popular spot with bird watchers.

“It’s most unlikely that you’ll discover an ideal property and location that will tick all your boxes,” says Allan. “However be prepared to compromise, and remember that you can always alter a house but you can’t change a view or a location.

“Make sure you know how much you have to spend and then add another 10-20% to what people say you’ll need for maintenance or renovations.”

He says realistic budgeting is a must. “Starting your business with sufficient working capital relieves the possibility of it all becoming too stressful.

“Coming to France is a process – it’s not only the destination but the journey that’s exciting. Learning the language and making an effort to become an integral part of your local community helps enormously.”

Josie and Allan may have stumbled into fishing tourism, but for Nick and Charlie Gann, a fish-based tourism venture was the perfect fit.

The couple bought Exclusive Angling Holidays, based around three lakes in Dordogne, two years ago. They had already been living there for more than six years when the business became available.

“We had always wanted to run a fishery and particularly in France,” says Nick. “We had known the previous owner for over 10 years and when he offered us the opportunity to buy the business, we jumped at the chance.”

The lakes are set in 25 acres of chestnut woodland and cater for all abilities. The beautiful one-and-a-half-acre Lake Vert is ideal for a first trip to France, while Rouge is a specimen carp lake and Bleu is a catfish lake.

The site provides well-equipped kitchen and toilet facilities, and Nick and Charlie offer guest accommodation offsite in conjunction with a local campsite. Nick says anyone taking on a lake-based business should be prepared to put in the hours.

“Running a fishery involves a lot of hard work – especially if you have three children too,” he says. “Make sure that you know exactly what it is that you are taking on – and don’t be hasty.”

He says that apart from the general upkeep of the business and the lakes to ensure fish stocks remain happy and healthy, there’s grass to cut, bins to empty, and kitchens and toilets to clean.

“We’re also constantly working to make improvements throughout the fishing season, as well as during the closed season,” he says.

Then there’s the work needed to keep guests coming back. “We’ve found that advertising in big fishing magazines hasn’t really paid off,” he says. “Facebook and Twitter are a great source of advertising for us, but generally word of mouth and having a really good website are the best forms of advertising; that and sending out our monthly newsletters to keep our fishermen engaged.”

Nick says complying with local regulations is vital for a commercial operation.

In this respect, Kevin Andrews, an agent for Leggett Immobilier in the Haute-Vienne department of Limousin, says it’s always best to check current regulations.

“Anybody who’s looking to buy a property with a lake should go and talk to their notaire first to see what it says about the lake in the deeds and then take it from there,” he says.

Lakes that are being used for commercial rather than private fishing usually need to be licensed in line with both local regulations and Department of Agriculture standards.

“I sold a house last year and it turned out the lake hadn’t been inspected for 15 years,” says Kevin. “When they came out and did the dossier, it turned out it needed €35,000 worth of work to bring it up to spec.

“The process of acquiring a licence can take up to three years, though it varies from department to department, and there are lake consultants who can do all the work for you, which can help the process.”

Private lakes and lakes classified as ‘closed water’ generally do not need licences, but you should ask your notaire to check this, just to be on the safe side.