The history of the croissant 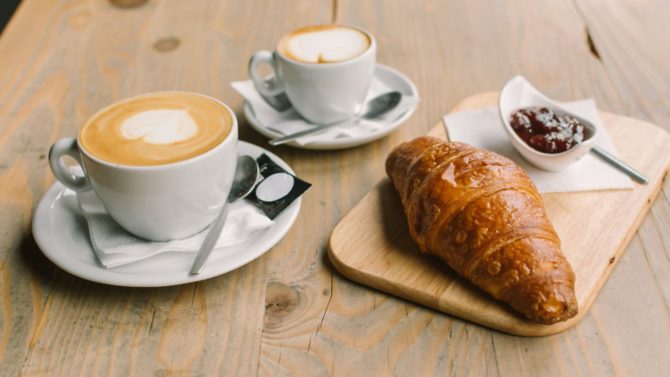 A lot of stories surround the origins of France’s favourite breakfast but which one is true?

The croissant, that most French of breakfast pastries, is said by some to owe its DNA to the kifli, a crescent-shaped sweetmeat from 13th-century Hungary. This bread-like comestible was adopted and renamed kipferl – crescent-shaped in German – by the bakers of Vienna to celebrate the end of the 1683 siege of the city by the Ottoman Turks, who had a crescent on their battle flags.

The story goes that a Viennese baker was lighting his ovens in the early hours and heard the Turks tunnelling under the walls. His early warning gave the city’s defenders enough time to muster their troops and defeat the enemy.

In this version, the kipferl came to France in 1770, when the 14-year-old Austrian princess Marie-Antoinette arrived to marry the future Louis XVI. She asked for her favourite morning snack and the French bakers turned a plain and simple horseshoe shape of dough into today’s light and flaky delight.

A less romantic explanation is that a former Austrian artillery officer called August Zang set up the Boulangerie Viennoise in Paris in 1837, specialising in Austrian delicacies. Inventive rival French bakers then adapted the recipe to produce copious buttery layers of pastry, and a country’s culinary institution was born.

Whichever is the truth, the croissants now enjoyed worldwide are considered an indisputably French export.

In more recent time, bakers have put their own twist on the croissant, most notably with some of the baking hybrids that have hit the supermarket shelves. The cronut, a mix between a croissant and a roll, and the croll, that combines the buttery taste and flaky texture of a croissant with the doughy consistency of a bread roll, are among the most popular.

What to take on a traditional French picnic