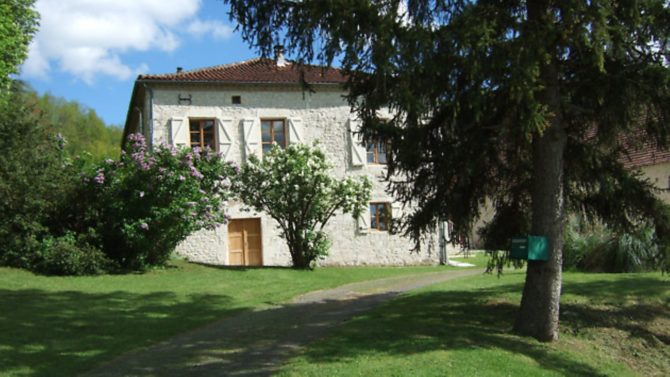 When Paul Roberts and partner Sue were searching France for a gîte business, they made a wish list that was to become a winning formula. Here he shares the secrets of their success

I suppose I should thank my French language teacher at school, many years ago, for making our idea of running a business in the Tarn-et-Garonne a reality.

He was a kindly man who made the lessons enjoyable – not like the rather fearsome German teacher. I soon found French fairly easy to learn, although I do still flounder at times, especially when it comes to using the correct tense.

Having trained in hotel management, in an era long before celebrity chefs came to prominence, and Escoffier was the accepted standard, my French vocabulary improved quite dramatically.

In the late 1970s, after a varied career in the hospitality industry, I got together with a professional chef friend to open a French bistro in a northern town, which at that time boasted an Indian and Chinese restaurant and a Berni Inn.

“You’re opening a French bistro? You must be mad!” was one of the more polite messages of support!

They say timing is everything and this proved to be true, as the bistro took off beyond our wildest dreams. Although recessions came and went, we survived and went on to open five other restaurants during the 1980s and 1990s. Even now, during this present crise, the current restaurant in Cheshire is still thriving after 36 years.

The French theme continued in 1989, when I took a year out to manage a hotel in a small ski resort in the French Alps. And then when I returned to the UK to open another restaurant fate played a major hand, in that I met my partner Sue, who said that she “came with the fixtures and fittings of the previous owner”.

It was always our intention to continue doing what we know best but without the day-to-day pressure of a full-on business, and so we began our research to find a suitable property in which to operate a gîte and chambres d’hôtes in France.

From day one, we were open minded as to the location of this property and like everyone else we had watched all the programmes on TV, attended property exhibitions and read all the articles in the press about life in France.

It was very exciting and enjoyable, visiting many areas of France on our search for the ideal property and I shall always remember the adage that if it ticks seven out of 10 boxes on your wish list, then it’s got to be worth seriously considering”.

We crisscrossed the country on our search, from Limousin to Aquitaine, then on to Languedoc, before heading to Aveyron, Gers, and Tarn in the Midi-Pyrénées region. Finally, we discovered Tarn-et-Garonne and were immediately captivated by the lush, rolling countryside of the Quercy Blanc, an area characterised by its white limestone buildings.

Again, fate played its hand, because one morning in late summer 2006, we were due to visit a property with a local immobilier, only to find it had been withdrawn from the market that morning.

On the off-chance, our immobilier then took us to a property that she was marketing for some friends and so it was that we saw Lamoulère for the first time.

It had been empty for at least two years and certainly was in need of much TLC. From its origins way back as a working farm, it had been a business of sorts in another past life, catering for the pilgrims who regularly make the epic walk to Santiago de Compostella in northern Spain and who would pass through the hilltop medieval village of Lauzerte.

We quickly realised that it did indeed tick most of the boxes, even though the apparent restoration work was somewhat daunting and would no doubt be very expensive.

It was during our travels hunting for the right property that we began to notice that there was a niche market for a gîte just for two – people of a certain age who would just want to relax for a week, with no noisy neighbours, splashing and yelling in the swimming pool; a place where they could read, paint, write, swim, sunbathe and drink the local rosé in total peace and tranquillity, and who wouldn’t have to rattle around in a huge family gîte!

So began the upgrade of the gîte area, with two existing apartments within the cottage becoming one, with a new staircase, new kitchen, lounge area with wood-burning stove and a luxury en-suite bathroom.

Then we decided that the existing swimming pool needed to be replaced, in order to create something in which one could actually swim lengths. This was a mammoth task, but vital for the holiday accommodation market which would provide an income stream for us. Lack of funds can become an issue very quickly so we needed to get everything ready as soon as we possibly could.

In the meantime, our comfort in the main house became secondary and Sue and I lived in fairly basic conditions until we had the resources and time to improve our house. This is a very significant aspect, because after a while lack of creature comforts can put a strain on the whole project. After all, while the business must come first, the whole experience must also be enjoyable for you.

We then embarked on the house renovations to make our life much easier. Everything within the house was very tired and in need of modernisation. Sue and I sourced materials, and reduced the labour costs by doing as much of the preparation work as we could. We removed partition walls and old plasterwork, and generally prepared for the artisans to show their skills in retaining the Quercy character and features of this old farmhouse.

Little by little, our living space took shape, starting with the en-suite main bedroom and the salle de séjour, in which we were pleasantly surprised to uncover an old fireplace with a Toulousain brickwork surround. The kitchen was totally upgraded with modern appliances and finally, the entrance hall, all with a mix of natural stone floor tiles and French oak floorboards throughout.

As with all renovation projects, it really was a labour of love and one should never underestimate the stress of having artisans in your living space day after day. However, the end most definitely justifies the means, and it is all worth it for the end result.

We opened for business in May 2008, just as the worst financial crisis in our lifetime was to hit, but we have never looked back and have now enjoyed six excellent seasons, with 2014 going just as well, and many guests returning, some for the third or fourth visit.

Many evenings have been spent, over a bottle of Vin de Cahors, talking with our guests, all of whom have a tale to tell of their lives, and this has been one of the many joys of running a gîte and chambres d’hôtes in this charming part of France.

However, after this current season, we are retiring after a lifetime in the hospitality business and we have decided, with much sadness, to sell Lamoulère, which still has plenty of potential for somebody to take it to even greater heights.