Having a baby in France 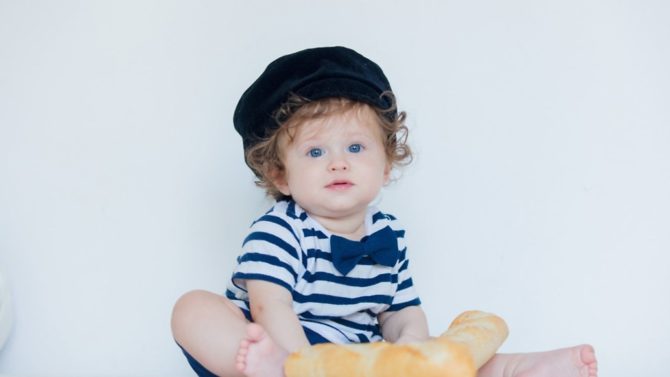 What should you expect if you’re expecting in France? Here’s an overview of the care and support provided by the French healthcare system and the benefits you may be entitled to during pregnancy

As soon as you find out you are pregnant, you should visit your doctor or gynaecologist to confirm and register the pregnancy. The medical practitioner will officially declare the pregnancy (une déclaration de grossesse), alerting both the health insurance authorities (CPAM, caisse d’assurance maladie) and social security (CAF, caisse d’allocation familiale) and effectively activating your claim to various maternity benefits. The declaration must be made within the first three months of pregnancy. At this point, the CPAM will send you a maternity pack, including information on antenatal classes, how to open an online account on the national health advice website (ameli.fr) and, more importantly, a calendar of your medical check-ups and maternity leave dates.

In France, every pregnant woman is expected to attend seven health checks during pregnancy, either with a doctor (GP or gynaecologist) or with a midwife, as part of a continued pregnancy care programme. Included are three scans approximately every three months – one before the fifth month, a second at six months and a third in the final trimester. New parents will also be encouraged to attend preparatory classes, which focus on both birthing procedures and parenthood. For the first five months, all medical costs are reimbursed in the usual way by the French healthcare system (in general 70%) with the remaining amount either fully or partially refunded by private health insurance (la mutuelle) depending on the type of cover, or paid for by the individual if they don’t have a mutuelle. There on in, from the first day of the sixth month of pregnancy until the 12th day after the birth, all medical costs, either general or pregnancy-related, as well as those for any children in your charge under six years old, are 100% paid for by the French state.

The joys of living in rural France with children

WHERE TO GIVE BIRTH

As in the UK, mothers-to-be have a choice of where to give birth – in a hospital, a maternity clinic or at home. In France, however, home births are relatively rare as the health service strongly encourages the choice of medical establishments. Equally, don’t expect to be heading off home the day after your baby is born. It is common practice in France for new mothers to stay in hospital with their baby for an average of four days, and often longer if there are any concerns. It is worth checking whether the hospital or clinic you are considering is signed up to the fixed healthcare costs agreed by the French government (hôpital conventionné) or not (non-conventionné). Even if the hospital or clinic is conventionné, you may request extra comforts such as a private room, and this will be at your own expense or that of your private health insurance.

If it is non-conventionné, this generally means that the fees charged are higher than those fixed by the state, and the state will only pay the equivalent of the standard fixed costs leaving patients to pay the excess – again at personal expense if not covered by the mutuelle.

In France, births must be registered at the mairie of the place of birth within three working days. You will be given a birth certificate (acte de naissance) and the birth will be subsequently entered in a family register book called the Livret de famille. The book also acts as an official health record used to document doctor’s visits, vaccinations and health issues. It will be requested, or copies of relevant pages, at various moments as proof of identity for official applications such as for a passport or registering your child for school. You should also register the birth of a child with your local CPAM and CAF, as well as with your mutuelle if you have one.

As a general rule, new mothers are entitled to 16 weeks’ paid maternity leave, usually starting six weeks before the due date, although it is possible to request referral of up to three of the prenatal weeks to be taken after the birth. This entitlement is extended to 26 weeks for those having their third child (eight weeks prenatal, 18 postnatal), and conversely it is possible to request that the maternity period start date is brought forward by two weeks. If you are employed at the time of your maternity leave, it is your employer who is tasked with sending confirmation of your salary to the assurance maladie. If you are unemployed, it is up to you to contact your local assurance maladie, and in this case the payment calculation is based on the last three months’ wages of your last job, or the last 12 months’ wage slips for seasonal workers or those who were previously self-employed. For both employees and job-seekers, the method of calculation is the same: you are paid the same amount as your basic daily wage, either your current salary or the last salary earned. Fathers, both the biological father and the partner of the baby’s mother, are entitled to 11 days paternity leave which must be taken within four months of the birth. There is also an option to apply for congé parental d’éducation which is effectively the right for every employee to take extended unpaid leave from their job after the birth of their child (or the adoption of a child under 16 years old). With this option, you can put an employment contract on hold for up to three years in the case of children under three years old, or up to one year for children older than three years. Your employer is obliged to keep your job open for this period, or to offer you a similar and equivalent position in terms of seniority when you return to work.

Why France is a good place for children

More in Healthcare in France, Living in France

Previous Article Icons: The Onion Johnnies
Next Article Taking on the No Buy challenge in France