Out on the Tarn 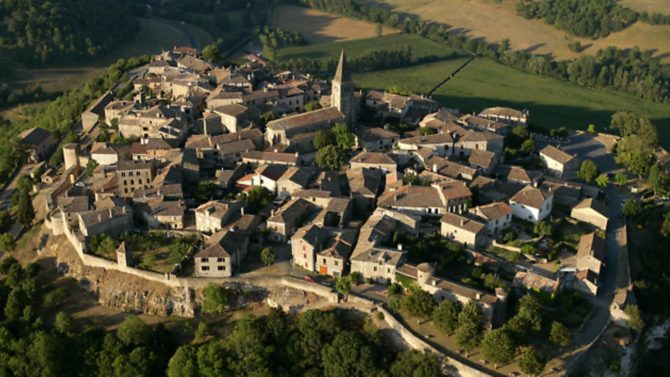 Beautiful countryside, some of France’s prettiest towns, well priced property and a pleasant climate – what’s not to like, says Karen Tait

Tarn is one of eight departments that make up the Midi-Pyrénées, one of France’s largest regions (the others being Tarn-et-Garonne, Lot, Hautes-Pyrénées, Haute-Garonne, Gers, Aveyron and Ariège).

The main town or préfecture is Albi, situated on the river that gives the department its name, while the sous-préfecture is Castres.

Tarn offers an appealing combinination of varied and unspoilt scenery with towns and villages that are both historic and vibrant, while Toulouse is just across the border in Haute-Garonne if the peace and tranquillity gets too much!

The department is truly a nature lover’s dream. With the River Tarn running though it (along with various other scenic waterways), Tarn has everything from agricultural plains and vineyards to river valleys, dramatic gorges and forested peaks. There are three main ranges, all lying to the south-east: the Monts de Lacaune, the Sidobre, and the Montagne Noire, belonging to the Cévennes.

In fact, it is said that there are 22 types of landscape in Tarn, which all adds up to myriad outdoor opportunities on offer. This includes some 5,000km of marked walking trails, 21 cycle routes, plentiful horse-riding trails, angling and three adventure parks, plus a choice of golf courses. Straddling the Midi-Pyrénées and Languedoc-Roussillon regions, the Parc Naturel Régional du Haut-Languedoc in the southern part of Tarn is perfect for hiking and mountain-biking.

Tarn’s rich history has left its imprint on the department, from the Hundred Years War between English and French royal families in the 14th century to the Protestant movement which spread across Europe in the 16th century, and in particular the Cathar or Albigensian Crusade.

Various offshoots of Christianity developed in the Middle Ages, opposed to the Catholic church. Catharism gained many converts in south-west France, but it came to a bloody end when Pope Innocent III called a crusade on the Cathars, led by the military leader Simon de Montfort. The campaign lasted from 1208 to the middle of the century, during which time many people were horribly tortured and killed. Today the Cathar heritage trail can be followed through towns such as Albi, Lavaur, Puylaurens and at Mazamet where the Musée du Catharisme can be found.

Albi’s enormous fort-like cathedral is a reminder of these religious battles – it was built as an overwhelming symbol of the power of the Catholic church shortly after the Cathar movement was crushed. It’s hard to align such a cruel past with the charming picture the town now presents, with its pretty squares and streets lined with pavement cafés, the perfect spot for people-watching.

A UNESCO World Heritage Site, Albi is characterised by the pinkish-orange bricks that make up many of its buildings (formed from clay from the Tarn river) including the cathedral, which houses the largest collection of mural paintings in Europe, and the Toulouse-Lautrec museum, which has recently been overhauled. Lovely half-timbered buildings are also typical. In summer there are boat cruises along the river, while other attractions include a new fashion museum, a contemporary art centre, and the Jardin du Palais de la Berbie between the cathedral and archbishop’s palace.

Tarn’s second town, Castres, is known for its colourful waterside houses on the Agout river, along with its well-supported rugby team. Indeed, the whole of this part of south-west France is rugby mad. Other places of interest include the public gardens, art museum housing a collection of Goya paintings, and a museum dedicated to the radical Socialist Jean Jaurès, one of France’s best-known political figures, who was born in Castres in 1859.

Tarn’s extraordinarily well-preserved bastide towns are an architectural treasure trove. Built after the Albigensian crusades, following a grid plan with the square at the centre and protected by ramparts, they were important trading centres. The trade continues to the present day, with lively markets held in the square and tempting shops and restaurants under the arcades flanking the square.

The most beautiful bastide town is probably Cordes-sur-Ciel, one of the Grand Sites du Midi-Pyrénées, which has been a magnet for artists over the years. The medieval hilltop town has many galleries, boutiques and restaurants in its lovely squares.

Other bastides of note include Castelnau-de-Montmiral, a peaceful place with a charming arcaded square, and L’Isle-sur-Tarn, which has the largest bastide square in south-west France. Castelnau is one of four Plus Beaux Villages in Tarn, the others being Lautrec, Monestiés and Puycelsi.

Towns were also founded as Christian centres, many of which survive as outstanding examples of medieval architecture. Gaillac, for example, grew up around its huge abbey above the Tarn river, while Lavaur is dominated by its 12th-century cathedral and Sorèze also has a stunning abbey.

There are too many charming towns and villages in Tarn to write about here, but they include Ambialet, Hautpol, Labruguière, Penne, Puylaurens and Burlats, made all the more attractive with their backdrop of rolling hills, sinuous rivers, vineyards and sunflower fields.

Tarn’s location at the heart of south-west France means the Med coast is within reach for summer days out, while the Pyrenean ski resorts are not far away in winter.

Tarn, or more specifically Gaillac, is known for its wine, which includes red, white, rosé, sweet and sparkling varieties. There are around 200 producers today, many offering tastings, and you can follow wine tourism trails, attend wine festivals or use the ‘Vitipass’ to create your own tailor-made tours.

The Midi-Pyrénées region is known for hearty cooking, or ‘cuisine de terroir’, with many dishes based on chicken, goose or duck, and related products such as foie gras or gésiers. Other local products and specialities include wild mushrooms or cèpes, wild boar, pork, freshwater fish, truffles, pink garlic, saffron and charcuterie. There are local cheeses too, such as Blanche d’Oc, Mont de Saint-Pierre and Mont de Lacaune.

In Renaissance times, Tarn was an important trading centre for pastel, the blue dye produced from woad plants, which made local producers and merchants wealthy. Various speciality shops and tourist attractions focus on pastel today.

The Tarn climate is another of its attractions. It’s a mixture of Mediterranean and Atlantic, but it’s drier than Aquitaine to the west and doesn’t have the stifling heat of Languedoc, Provence and the Riviera further south.

Summers are long and sunny, winters short and mild. Rainfall is highest in April (average 78.8mm) and October (66.4mm), lowest in July (35.7mm). It rarely freezes, while summer temperatures can exceed 30oC; average temperatures range from 5.7oC in January to 22.6oC in July.

HOW DO I GET THERE?

Tarn is an easy spot in France to reach from the UK. Although there are no international airports within its borders, there are plenty close by, including Toulouse, Carcassonne, Béziers, Montpellier and Rodez.

Alternatively, catch the TGV to Toulouse and onwards via the Midi-Pyrénées rail network or drive down via France’s fast autouroutes – it is 960km from Calais to Albi, so why not take the opportunity to visit other parts of France with a stop or two on the way down.

Tarn is an architectural gem with many historic towns and villages, and a wealth of medieval buildings. Stone-built properties are typical, along with half-timbered or colombage houses. In the countryside, elegant farmhouses, vigneron’s houses and other agricultural buildings are common, but this isn’t the place to househunt if you’re after a choice of new developments.

Tarn also has more than its fair share of châteaux (including some which were linked to the Cathar crusade, while others were owned by Toulouse-Lautrec’s family) and also pigeonniers; indeed, it often seems that every turn in the road throws up an even lovelier example for you to marvel at.

Within the Midi-Pyrénées region, average prices range from €109,200 in Ariège to €232,900 in Haute-Garonne (home to regional capital Toulouse), putting Tarn towards the lower end of the spectrum. In Tarn itself, the Albi sector is more expensive at €155,000, compared to just €115,000 in the Castres area.

Known as the ‘triangle d’or’ (golden triangle), the area between Albi, Gaillac and Cordes has been particularly popular with British buyers in the past.

“It’s been interesting to observe that, particularly since we’ve moved to a more challenging marketplace, buyers have distilled down their ‘preferred’ needs and chosen areas,” comments Paul Bedford of estate agency Bedford & Bailey. “While this reflects the fact that the northern half of Tarn particularly seems to appeal to people looking for an interesting rolling landscape in a warm climate, it’s just as important for the bulk of our buyers (who are looking more for a permanent residence than a holiday home) that there be something ‘more’.

“That includes a reasonable degree of convenience – easy access to a good airport, villages with shops, doctors, pharmacies that function year round, plus the myriad things that make buying and settling into an area that much easier.”

Charles Smallwood of Agence l’Union believes that a key part of Tarn’s appeal is the “wide selection of excellent properties available to suit all buyers’ wishlists in all price ranges”. He adds that, with many properties reduced in price, buyers have even more choice. “All in all it’s a great time to buy,” he says.