Our top 8 beaches in France 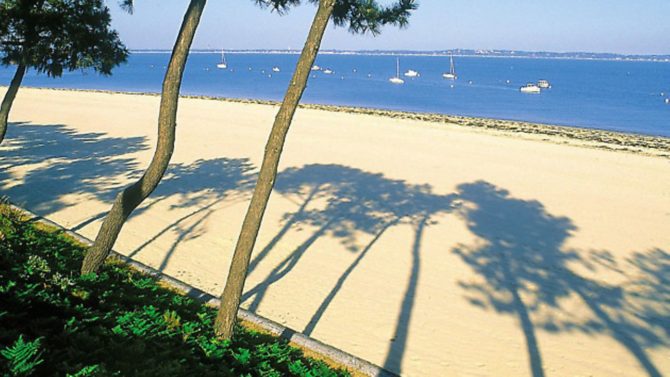 In a recent report, 64% of people said their dream home would be by a beach. As someone who’d head for the coast every day of the year if I could, I know where they’re coming from. From a lazy day sunbathing to a long walk along the seashore on a crisp winter’s day, there’s something restorative about the sea. There’s also something undeniably glamorous about beach homes – not just the swanky villas either, bijou fishermen’s cottages are equally appealing.

With over 2,000km of coastline, France has a huge variety of beaches, from rocky inlets to long sandy stretches, and tiny bays off the beaten path to glamorous haunts of the rich and famous.

Unsurprisingly, coastal homes carry a premium when it comes to price, but if you’re not stuck on a sea view, however, you only have to come a short distance inland for prices to start falling.

With so many worthy contenders it’s a difficult task narrowing them down but here is our pick of some of the best – one for each region with a coastline.

You don’t have to go far to find a stunning beach. Just hop across the Channel, turn right at Calais and you reach the Côte Opale, as named by the Impressionist painters who were drawn here by the quality of the light. Family-friendly resorts and fishing villages include Berck-sur-Mer, Hardelot, Wimereux, Wissant, Ambleteuse and Etaples, all with fabulous seafood restaurants. The main centre, Le Touquet, known as Paris-Plage due to its popularity with Parisians, while Boulogne has a charming old town, busy port and Nausicaa marine centre, and Dunkerque has fascinating wartime museums and one of Europe’s longest beaches at Malo-les-Bains. The wide flat beaches are ideal for activities such as sand-yachting or kite-flying, while the headlands of Cap Gris Nez and Cap Blanc Nez are linked by a well-trodden cliff path.

Although the Pas de Calais area has a very reasonable average house price of €135,000, some €25,000 less than the national average, prices rise considerably on the coast, especially in Le Touquet where the average price per square metre (apartments/houses) is €4,421/€4,128 compared to the departmental average of €2,175/€4,421, and villas in the exclusive pine forest area behind the resort typically cost half a million and up.

Normandy’s coastline varies from the spectacular cliffs at Etretat on the Côte Alabastre to the sandy beaches at Granville and the now-peaceful D-Day Landing Beaches. The resort of Deauville on the Norman Riviera is the most elegant, with echoes of the late 19th century when it became a popular location for wealthy Parisians taking the sea air. They later built grand villas along the seafront, and a casino, racecourse and hotels followed suit. The neighbouring fishing village, Trouville, also became a fashionable resort. Today Deauville prides itself on being a year-round destination, with a busy conference centre and marina, while modern rail networks put it just two hours from the capital. It’s still popular with Parisians, who own many second homes here, and many of the hotels have been converted into holiday apartments. It’s easy to reach from the UK too, either by ferry to Ouistreham (Caen) and Le Havre or by air from City London to Deauville airport.

It’s said that you’re never more than half an hour from the coast in Brittany, and it certainly has lots to offer, from sheltered family-friendly bays to wild headlands. The 3,000km coastline stretches from the English Channel to the Atlantic Ocean and includes an ‘inland sea’ in the Gulf of Morbihan.

On the northern coast, the Côte Emeraude (Emerald Coast) was named after the colour of the sea, and centres on the walled town and ferry port of St Malo. Beaches sit beneath the ramparts while within them there are lively restaurants and bars. Nearby Dinard is an elegant resort with lovely beaches (and an airport with Ryanair flights) while Cancale is known for its oysters. Other popular spots include St-Briac, St-Lunaire, Paramé, Lancieux, Ploubalay, St-Jacut-de-la-Mer, St-Cast-le-Guildo, Sables-d’Or-les-Pins, Erquy and Val-André. Rocky headlands covered in gorse and heather divide the small beaches and villages with Cap Fréhal and the Pointe du Grouin providing dramatic scenery.

Sandy beaches abound along the Loire Atlantique and Vendée coasts, with popular resorts such as Pornichet, St-Jean-de-Mont, Les Sables-d’Olonne and La Tranche-sur-Mer, as well as the islands of Yeu and Noirmoutier with their pretty whitewashed cottages. La Baule-Escoublac is a stylish century-old resort boasting a nine-kilometre sandy beach around a sheltered bay. As with many of France’s original seaside resorts, it developed when the railway arrived from Paris in 1879, then in 1918 it was redeveloped to rival Deauville. Although not as exclusive as its early incarnation, the resort still has beautiful villas, luxury hotels and a casino. It is an easy drive from the Normandy and Brittany ferry ports while Nantes airport is even nearer. The average price per square metre (apartments/houses) in the Loire-¬Atlantique department is €2,628/€2,059, rising to €4,374/€3,109 in La Baule.

Capital of the Charente-Maritime departmentm La Rochelle has a picturesque harbour lined with restaurants and shops, a well-preserved old town and a large marina, with plenty of sailing activities and boating trips on offer, as well as one of Europe’s largest music festivals, FrancoFolies. The town is linked by road bridge to the Ile de Ré, which offers a further choice of beaches and restaurants. There are miles of sandy beaches between La Rochelle and Royan, with a wilder stretch known as the Côte Sauvage attracting surfers. The area is served by La Rochelle airport.

France’s longest unbroken beach, the Côte d’Argent, stretches for 230km south from the Gironde estuary, backed by dunes and by western Europe’s largest forest. One of the country’s least built-up coastlines, it has many peaceful beaches, even at the height of summer. The same can’t be said for the lovely town of Arcachon, known for its oysters, and a favourite weekend haunt for visitors from Bordeaux. Europe’s tallest dune is located here, the Dune du Pilat, rising over 100m in height. Arcachon is known for its distinctive Victorian villas, a reminder of its heyday and still much sought after today. The coast is dotted by small family-friendly resorts, usually with lifeguard-served beaches – the Atlantic rollers and powerful currents should not be underestimated. At the southern end the Côte Argent meets the Côte Basque, home to Biarritz and St-Jean-de-Luz, and popular with both the smart and surfing sets. The coastline is served at either end by Bordeaux and Biarritz airports.

Crossing from the Atlantic to the Mediterranean coast, you reach Languedoc-Roussillon, a region which stretches from the Spanish border to Provence. The southernmost stretch, the Côte Vermeille, is more rocky, but what it lacks in beaches it makes up for with the gorgeous harbour town of Collioure. However, if it’s wide sandy beaches you’re after, you need to head further up the coast, and Argelès-Plage, with its six-mile stretch of sand and Pyrénées views, is arguably the best. The northern end is wide and largely empty, with pines and scrubland separating it from campsites, while further south, towards the village centre, there’s a funfair, promenade and lots of food outlets. Beyond the port, the flat coast becomes more rugged, with cliffs and coves. Argelès and its neighbouring resorts (such as Port Vendres, Gruissan, la Franqui and Leucate) are easily reached from Perpignan airport, while those further north are served by Montpellier and Béziers airports.

The average price per square metre (apartments/houses) in the Pyrénées-Orientales department is €2,156/€2,022, and although higher in Argelès-sur-Mer at €2,956/€2,550, the difference is less extreme than some of our other comparisons, most likely due to the influence of the city of Perpignan and pricey Collioure.

Sandwiched between azure sea and picturesque hills, the French Riviera’s reputation for sun, sea and sand is well documented. Some beaches are private, such as those belonging to La Croisette’s luxury hotels in Cannes, while others, like the Calanques south of Marseilles, are only accessible by boat. Many are part of the wealthiest areas of France, indeed Europe, for example, exclusive Cap Ferrat or Cap d’Antibes. The most famous beach of all is surely Pampelonne at St-Tropez, the fishing village turned jetsetter’s playground, where topless sunbathing become à la mode in the 1960s. Ever since Bridget Bardot emerged from the sea in the film ‘Et Dieu… créa la femme’ in 1956, St-Tropez has been the place to be seen. Unlike more built-up areas of the Med, the beaches here have changed remarkably little since Bardot’s epic appearance. Beach clubs are a classic feature; the oldest, Tahiti Beach, has occupied its spot at the northern end of Pampelonne since 1946.