Moving from America to Aquitaine 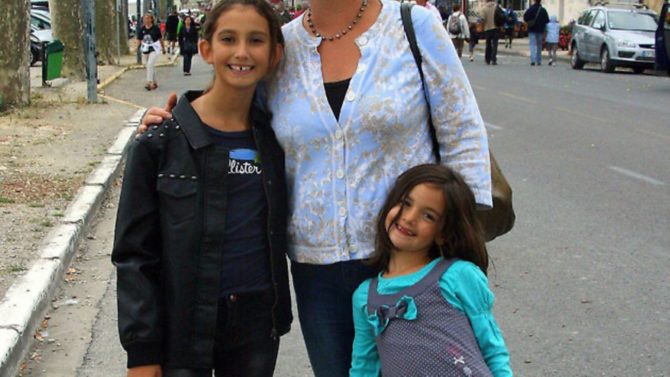 Life in Bordeaux is a big hit and has even prompted a blog, as Vicky Leigh finds out

People often talk about the British love affair with France, and while there’s no denying that this particular relationship has lasted the test of time, the Brits are by no means the only ones to be charmed by what lies across the Channel.

Originally from the US, Jennifer Poe-Faugère has been living in Bordeaux for the past three years after moving with her French husband and their three daughters. The couple met in the US as students and made a life together there, but three years ago they both decided that the time had come to move elsewhere.

“My husband was ready for a change, and my only request was that we move to France or a French-speaking country so that the girls could learn the language and discover the other half of their culture, because they only really knew the American side,” explains Jennifer. “We hadn’t necessarily decided on Bordeaux but a job opportunity came up here, and it also happens to be just two hours from where my husband’s family live, so it was a coincidence really but it’s a great location.”

A family holiday was already planned for July 2011, and during that trip they were lucky enough to find a property to rent for when they moved in the September. They have recently moved to another rented property on the other side of the city.

When Jennifer realised she was being asked the same questions by friends and family back in the US, she decided to start a blog as a way of sharing the family’s experiences in France. However, she soon found that her blog had a much bigger audience than she originally imagined, reaching people who had come across it while planning a trip to Bordeaux, or indeed a move to France.

“I realised that I had inadvertently put myself in a position where I was a resource and that was very intriguing, especially as I knew how much I appreciated the resources here for English speakers,” says Jennifer. “I like being able to share and give back, and it’s a really fascinating way to meet other expats. I think we all have a certain openness and sense of adventure, and it’s great fun to compare experiences.”

Jennifer also joined the Bordeaux Women’s Club, and not only did she meet lots of new people but she also came across a job opportunity. She saw on the club’s notice board that a local riverboat cruise company was looking for fluent English speakers to work as part-time guides, and she now works two or three times a week during the season from mid-March to mid-December.

“It’s great to be able to share my love of Bordeaux and the area with tourists,” says Jennifer. “It’s been great for my French too, because I have to speak to the bus drivers when we take groups on winetasting tours at nearby châteaux, and I have to translate during boat trips around Arcachon bay.”

Best of all worlds

While friends and family were concerned that the girls would struggle to adapt to life in France because they didn’t speak French, Jennifer was convinced the move would be hugely beneficial for them. She was right and they are now fluent, as is she.

“I’m a big believer in immersion – I was a high school guidance counsellor for almost 20 years, and had seen the level of progress made by foreign exchange students who spoke no English when they arrived,” says Jennifer. “Our daughters were 10, seven and four when we moved and I knew it would be hardest for the eldest, but I’d seen it done with 16 and 17-year olds and it worked, so I believed in it working for my own children. We enrolled them in French schools and hired a tutor to support them.”

Life is now a mixture of English at home and French everywhere else, and Jennifer tries to blend the two cultures by putting a new twist on traditional American celebrations, such as Thanksgiving. The move to France has been so successful that the family has no plans to return to the US in the near future.

“We came over with a one- to two-year plan, but we knew within a year that we wanted to stay beyond that,” says Jennifer. “I love it here, and the big thing for me is for the children to remain bilingual. Some of my friends asked why you’d move to France, and my answer was why not? I feel really blessed, and my children can be world citizens rather than just American citizens.”