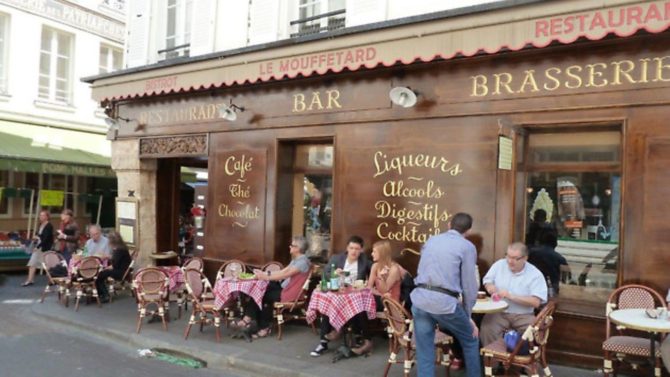 Buying a second home in Paris gave Polly Fielding the perfect opportunity to get reacquainted with French, and she’s helping her husband to learn it too

Languages intrigue me with their similarities and differences as well as what they tell you about other cultures. I thoroughly enjoy trying to converse with people in their own tongues; I can get by in German and speak a smattering of Italian. However, French remains my first love. I learned French at school but let it lapse until, aged 23, I took up a post as nanny to a wealthy Parisian family who wanted their two little girls to learn English. Although that post lasted only six months (another story!), it gave me the opportunity to interact with the French and gain a degree of conversational fluency.

It was 30 years before I returned to France, and on impulse (at the throwaway suggestion of my husband, Dennis), bought a tiny apartment in Montreuil, on the east side of Paris, with our retirement lump sums. From then on it was sink or swim – if I hadn’t been prepared to expand my knowledge of French, which by then was quite rusty, it would have been impossible to negotiate with the various workmen required to make a near-derelict apartment habitable, let alone deal with French bureaucracy.

So I quickly learned to navigate my way using basic vocabulary associated with plumbing, gas fitting and electrics, and once I’d plucked up courage to join in the animated everyday conversation in a local bar, people rewarded my efforts with warm responses. The friendly propriétaire also introduced me to a reliable electrician and plumber.

By repeating words and phrases I’d heard, I was able to pick up a lot in a short time. Shrugging off my initial embarrassment at the mistakes I made, I focused instead on learning from them with the help of corrections from others. I immersed myself in conversation and watched numerous French television documentaries. As I became more fluent, my understanding of the language and confidence in speaking it increased, along with the positive feedback.

Being able to communicate with locals helped me to integrate with them; had I spent my time seeking out English speakers and expecting the locals to converse in my language, I would have felt forever an outsider. Dennis, by his own admission, has found it much harder. Like me, he passed A-level French at school. However, he has scarcely used it since his schooldays and until recently felt out of his depth, leaving me to deal with bureaucrats, seek help in supermarkets and ask for directions from passers-by.

Interestingly, he found that much of the French he thought he’d forgotten was still there, but he worries about making mistakes. He also says he has to mentally translate everything before he can reply, by which time the conversation has moved on.

Lately though, thanks to making the acquaintance of several of our neighbours, Dennis has, much to his own surprise, found himself conversing in French. While protesting that he still finds it difficult, he manages far better than he realises – and the more he does it, the easier it becomes. He even dreamt in French! We watch a lot of French television in the apartment, often switching over to the news channel as Dennis is a news addict. This has helped him to familiarise himself with the sound of the language, as well as enable him to practise listening without translating and without the pressure to respond.

To encourage Dennis to use French, I always suggest he reads the menu and orders his own food and drink in restaurants, something he is more than capable of doing because it’s a vocabulary he knows and is happy to use. Even notoriously rude Parisian waiters soften their approach when he makes an attempt to order in French.

One benefit of modern technology is a useful, free app on Dennis’ mobile phone: a comprehensive French-English dictionary, which fills in gaps in our vocabulary, such as when I wanted an aerosol spray to protect my suede boots against the rain. And surprise, surprise, the French for aerosol turned out to be – wait for it – aérosol! The English and French languages have common roots so a great number of words are the same or very similar, even if the pronunciation is different. Recognising families of these words (like those ending in ‘-tion’, as in station, nation) is a great aid to making inroads into other languages.

Words that look like English can, however, occasionally lead to amusing errors. For instance, in French, marmite is a saucepan or cooking pot; the French would hardly appreciate an offer of the sticky, dark brown stuff we recognise by that name! And I was amused to discover that the French use émail for both enamel and electronic messages. The tube of toothpaste I bought seemed to promise protection for my email. Was I supposed to smear it onto the screen of my laptop?

Sometimes I come across ways of saying things that simply do not translate into something meaningful in English. One example is tu me manques. A direct translation would logically seem to be ‘you miss me’; yet it actually means ‘I miss you.’ I find it’s best just to accept them. It’s interesting just how many English words and phrases have found their way into French usage, such as le standing ovation, le shopping and le fast food. However, this rapid growth of Franglais has outraged the Académie française, which is concerned about the dilution of the French language.

Learning to master French has been a linguistic adventure and using it makes the time we spend in France much more exciting. And Dennis says, “If I can manage it, anyone can.” Absolument, Dennis!

Polly Fielding is the author of ‘Going In Seine’