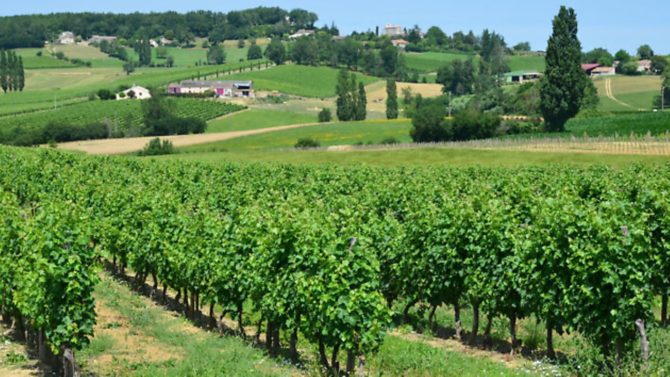 You’ve read plenty about moving to France as a couple or family but what if you are on your own? Can it still work? Meet a Brit who moved on her own and has no regrets

Why did you decide to move to France?

It was during a holiday with friends in Lot in the mid-1990s, when Ali Wright was inspired to make a life-changing decision. The 48-year-old was living in Glasgow and enjoyed her job in marketing which enabled her to travel the world, but felt a deep desire to do something different with her life. “I was sitting by the pool one morning and thought, ‘I’ve got to change my life and I think I’m going to move to France’,” she remembers.

After completing a TEFL qualification in Glasgow, with the aim of it being a potential way of making a living in France, Ali put all of her belongings into storage in Bergerac before making the move. “I was so certain that what I was doing was the right thing to do, so no half-way house was ever considered,” reveals the 65-year-old.

How did you find your house?

“When you first come to France, you don’t realise how big a country it is compared to the size of the UK,” says Ali. “But I think I had my heart set on the south-west.” She decided initially to rent a gîte east of Bergerac from January to May to give her time to find the right property. The right property came along, and in May 2000, Ali moved into an 18th-century farmhouse in the small commune of Loubès-Bernac in the north of the department of Lot-et-Garonne, where she continues to live with her golden retriever Charlie and her two cats, Sable and Ginger.

Within a couple of minutes of her front door, Ali is in the woods. “I can walk for two to three hours and arrive back again absolutely exhausted, not having seen a soul,” she says. “It’s just stunning to be walking through a copse and you can just hear the nightingale singing its little heart out. I suppose really it’s a bit like England used to be 30 years ago.”

How do you make a living in France?

The house Ali bought is a long building, typical of the area, attached to a barn and has a large garden and two pools. One end of the property had already been converted into a gîte. The barn, at the other end, was used by the previous owners as a games room for their rental guests. The following year, with the help of a local builder, Ali converted this end into a second gîte, leaving the middle section of the house to live in.

At the time of moving in, there were no advance bookings for the original gîte. “The previous owners had given up,” says Ali, who decided to advertise the gîte on a couple of websites, resulting in enough bookings for the first summer. Ali found running the gîte business hard work and now that she is drawing her UK state pension, she no longer needs to earn income from the gîtes. “Let’s be honest, I’m going to be in my mid-sixties this year and what I don’t want to do is spend the whole of a Saturday, sometimes every Saturday, making up six bedrooms and cleaning five bathrooms,” she admits. “It is pretty back-breaking work and sometimes, of course, it’s very hot,” she adds.

Having come to the conclusion that the income from the gîtes was not sufficient, Ali started working as an agent commercial with Leggett Immobilier and now works with Beaux Villages Immobilier started in 2008 by an English couple

How did you integrate and make friends in France?

When Ali moved to Lot-et-Garonne 16 years ago, she hadn’t realised that she had chosen a part of the south-west that is home to a large number of expats, but she has successfully integrated into the local community. “I have always had a mixture of French- and English- speaking friends,” says Ali, who has honed her language skills by reading as much in French as possible, as well as tuning into French radio and television.

What it difficult to move to France on your own?

For Ali, making a new life in France on her own has needed resilience, and she says that you have to enjoy your own company and be able to fill time. “You only get one chance in life – just take it,” she says. “There are no downsides, although sometimes that period between Christmas and the end of February can be a bit tedious. The weather can be rainy and sometimes it can be pretty cold, but that’s the time when we enjoy putting our feet up around the log fire,” she says. “I love cooking and have lots of friends who like to cook, so we have dinner parties in the winter and it’s just wonderful.”

Recently, Ali was listening to a radio programme about middle-aged people getting depressed and unhappy with their lives, feeling that life has passed them by. “I sent in an email saying, ‘Look, I moved to France when I was 48 because I felt it could offer me a better way of life, and now at 65 I know it’s the best thing that I could ever have done and I don’t have a moment when I’m lonely or unhappy’,” reveals Ali.

5 intriguing businesses set up by expats

Could you commute from Charente to London?

Beautiful B&B sets up by expats in France