Setting up an open charity garden event in Limousin 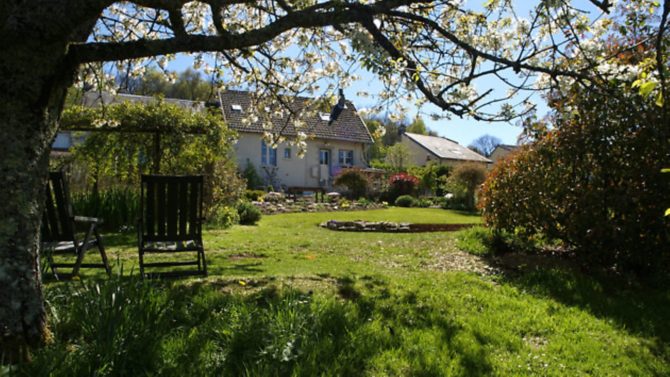 With wide open spaces and beautiful landscapes, it’s no wonder that France provides gardening inspiration. For 66-year-old Kent-born Mick Moat, who has lived with his wife Anne in Limousin’s Creuse department since 2005, gardening in France is far more than a pleasurable past-time. In 2013, having searched in vain for an equivalent to the National Gardens Scheme – an open garden charity event held across the UK – he set up his own in France. “Our motto is ‘Gardening and giving in partnership’,” he says, “so we encourage owners, both British and French, to open their gardens and then the money raised goes to charitable purposes. The charity that we’ve adopted is À Chacun Son Everest, which runs activities for children with cancer or leukaemia.”

Open Gardens/Jardins Ouverts ® saw its first inception as a trial run with four British-owned gardens in Creuse in 2013. Over time though, the balance has now shifted to 40% French and 60% British. This year’s edition saw 28 gardens open across four departments, with next year’s edition already seeing 40 garden owners sign up from across eight departments. There are now co-ordinators in place – including in the popular Dordogne department – with the aim to create a nationwide project.

This rapid growth is testament to how the simple pleasure of gardening can bring like-minded people together, explains Mick. “One of the really delightful spin-offs has been the feedback that we got from French visitors saying how welcoming British gardeners were – I was absolutely delighted with that. There can be something of a distance between the English and the French; there’s almost a delicacy, a sort of dancing around each other. The commonality of the garden interest seemed to break down those barriers. Quite a lot of the French commented on how many new friends they’d made in the British sector”.

As for paperwork and setting everything up, Mick says that the first stage, “was probably easier than I anticipated – we established ourselves as an association, which is fairly straightforward. The second stage was to protect and register the marque Open Gardens/Jardins Ouverts ® – we have just had confirmation for this, which is particularly pleasing for me because it means I have successfully waded through red tape!

“One of the pleasures for me of doing this has been meeting so many people who are generous in spirit. They have a complete and utter willingness to devote their time and their energy to their garden, welcoming people, walking round with people. It really has been extraordinary, and it really has been rather a moving experience to be involved in that process.”