Why I’m so glad I moved to France 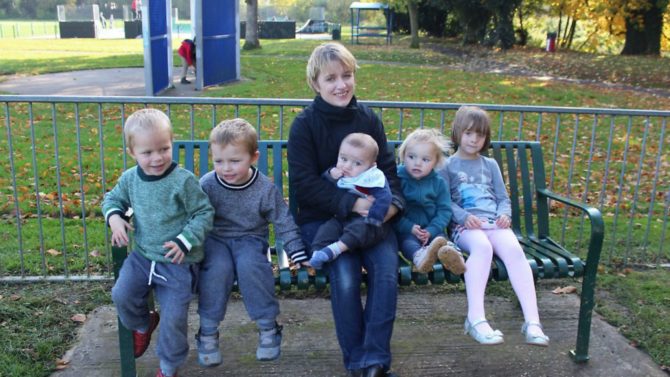 She made an impulsive decision to move to Limousin 10 years ago and a decade and five children later, Gillian Harvey has no regrets about jumping in feet first. In fact, she couldn’t be happier

We all act on impulse from time to time. Perhaps we spring for a new pair of shoes, or decide to go out for a meal rather than cook. Fewer people decide to quit their job and move to France in a moment. But 10 years ago, when I suggested to my husband that we do just that, I’d barely given it a second thought.

Sure, I’d fantasised about a different sort of life when I watched clichéd programmes on buying houses abroad; had wondered whether life needed to be all about mortgages, stress and whether I had the latest mobile phone.

But when I mooted the idea of emigrating, it was more to do with running away from my current situation rather than running towards a long-held dream. The pressure cooker combination of leading an English department in a school, paying a hefty mortgage while also having gone through failed fertility treatment had made me yearn for something different.

Which is why, when – a year later (and when I was 20 weeks pregnant with my first miracle) – we arrived in a little village in Limousin, I knew barely any French, had no idea what a carte vitale was and imagined my future would involve strolling around the market with a basket on my arm, sipping red wine on the terrace and generally sinking into a stereotypical idea of French expat existence.

Of course, there has been wine. And there are definitely markets. And while I’ve never got around to buying a basket, I always cast my eye over them in the local shops.

Why I love France even more in the summer

Why do shops in France shut on a Sunday?

But the reality of life in France is different from the way I’d imagined it. When you’re working all hours and dreaming of a little relaxation, you can’t imagine wanting anything more than to settle into your new house and live the dream. But after a while, when you wake up, you realise you still need a little more than sun, socialising and fermented grape juice. Life carries on, you find yourself needing stimulation; while elements of French life are relaxing, you still need to get on with the business of living.

There have been moments when I’ve wanted to tear my hair out when completing yet another piece of paperwork; times I’ve tried to do something that would have been simple back in Blighty, but seems inordinately complicated. And a period – after two years in – when I almost moved back.

But perhaps, if I’d taken more time to make my decision; if I’d done a little more research, or familiarised myself more with some of the difficulties I’d face, I might never have moved to France.

And that would have meant missing out on a whole new life and a whole new me. Because, while it took me time to settle, time to grapple with the language and culture, and time to realise that it’s not actually practical to do all your shopping at the street market, I also learned to be a different – happier – version of myself.

I’ve found time to embrace the things I love; I’ve worked through my fear of living without the constant stimulation I had in the UK; I’ve grown in confidence when it comes to using my (still slightly wobbly) French.

I’ve made mistakes and errors of judgement along the way, but all of these have served to enrich my experience overall. We’ve had three planned children and two surprises in the time we’ve been here, have moved house (and are just about to move again), have gone through periods of homesickness, physical sickness and sick-of-each-other-ness.

But, for me, jumping in feet first has worked out. And I thank my lucky stars that I didn’t overthink the idea of moving to France.

Because I’d have missed out on all of this.

Previous Article Quiz: What do these French idioms mean?
Next Article 14 reasons to buy the September 2018 issue of Living France