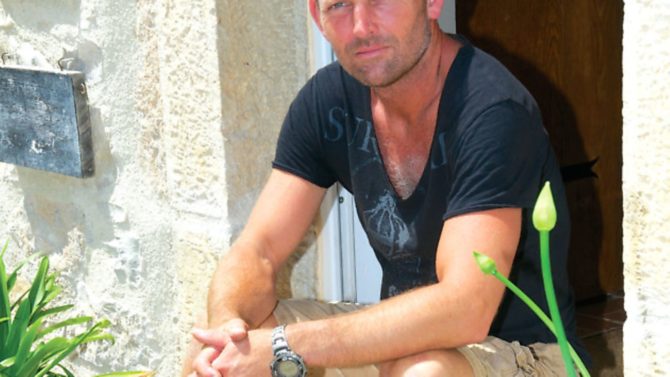 Paul Bayliss, 45, and his wife Jayne, 42, moved to Aude from London in 2008 to set up a microbrewery. Before moving from London, the couple had both worked in the media industry.

“We found the buildings after just a few days of searching over a long weekend back in 2001,” says Paul, who had been collecting cuttings about the Aude for years. He was attracted by its beautiful scenery, but also by its quick and easy links to the UK. The property was barely more than three uninhabitable barns when the couple bought it, but it had the space they wanted, and was close to the pretty village of Puivert surrounded by stunning countryside.

Paul trained for three years with a UK brewer and the couple finally moved from London to France in 2008 to start Brasserie du Quercorb. “I’ve always had a passion for beer and could see that the brewing scene in the UK and US was becoming really exciting,” Paul explains.

Once in France, they started out with a small brewery imported from America. Now their client list has grown and grown, and they are currently in the process of expanding into new larger premises. “We make six varieties of beer, plus seasonal specials,” Paul says. “The new brewery is going into what was an old agricultural garage; every couple of years or so, the Tour de France passes right by the door.”

However, there have been hiccups along the way. The new building has protected status because of its proximity to the Château de Puivert (classified as a monument historique – the French equivalent of a listed building), which made planning issues more complicated, and getting the required three-phrase electricity installed was a long and challenging process.

Paul is often up at 5am to start the brew to avoid the heat of the day, especially in summer as the equipment can take the room temperature up to around 50°C. He also periodically returns to the UK to spend a week or two working as a freelance artist producing special effects in post-production.

“It’s a busy life with a lot to do but it is worth it. I can’t imagine ever finding a better place to brew than this; that certainly inspires us,” Paul says. “We have a growing client base among local shops, restaurants and chambres d’hôtes, and our beers are well known in the area both with locals and expats. It’s important to us to be part of the community, and we’re hoping to build a business which will benefit it.”