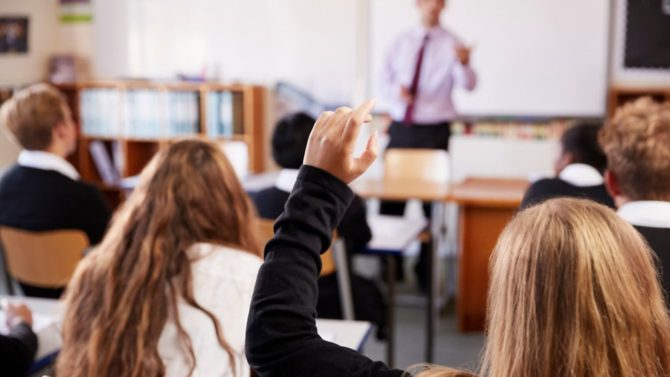 An accredited Cambridge International School, Le Cluzeau is a secondary school and college which offers French state qualifications alongside IGCSE and A levels. For students who wish to stay on campus, the school also offers boarding and has a total capacity of 250 beds. Boarders can use an activities room with board games and table football plus there are themed evening events – Wednesday is cinema night – and social outings to the zoo and bowling. Le Cluzeau is an Eco-Ecole – a label awarded to schools that are committed to eco-responsible running and teaching. Surrounded by agricultural fields, the school enjoys a rural location on the edge of the small town of Sigoulès which is 20 minutes from Bergerac in the department of Dordogne, southwest France.

The British School of Paris

The British School of Paris (BSP) is the oldest and largest school teaching the British curriculum in France and has been classed as ‘excellent’ in its latest ISI inspection. It has a nursery, junior school senior school and sixth form covering education for children aged three to 18. The school is made up of purpose-built modern buildings surrounding a grand white mansion at the centre of campus which, alongside the smart blue school uniforms, reflects the history and heritage of the school. When first opened the school largely served students of parents in allied Europe military. This school has an enviable location in the quiet commune of Croissy-sur-Seine, just a little way west of Paris with the Seine river literally over the road, great for parents who are moving to work in the city or who want their children to have the advantage of regular trips to the city’s museums and galleries. Parents can choose to pay for the BSP’s private supervised bus service for their children to travel to and from Paris and the surrounding areas.

The Old School in St-Colomb-deLauzun offers the British curriculum including GCSE, IGCSE and A level exams for students aged 11-19 and is a member of The British Community Committee (BCC), which represents the British Community in France. Students at this high-achieving school had a 100% pass rate in 2018, but the school is not just focused on academia, there is also an extra-curricular theatre school in which students can take workshops in music, drama and dance, and produce and star in professional-quality theatre productions at the end of the term. While lessons here are taught in English, the school also organises group activities such as art workshops with a mix of French and English children that aim to encourage language sharing and create community cohesion. St-Colomb-de-Lauzun is a small peaceful village in Lot-et-Garonne with beautiful landscapes great for walking cycling and living a quiet rural French life.

Bordeaux International School (BIS) fully embraces the multicultural mix of its students and teachers. There are 25 nationalities from six continents in the school and students have a daily practice of two languageswhile the school promotes an awareness of others and their cultures. Classes are bilingual for children aged three to14, and older children are prepared for English IGCSEs and A levels. The school takes a philosophy of discovery in its teaching and encourages students to become independent thinkers and active learners; pupils and teachers work together to determine steps toward learning objectives and there are regular meetings between teachers and parents to assess progress. Centrally located on a tree-lined rue in the cosmopolitan city of Bordeaux – the largest city in its region – the school was renovated and extended for September 2018 to encompass 300m² more space. A bus stop and a cycle path are right outside the school, while the city’s tramline offers another transport option. Cycling is a popular method of transport across the city that, despite its size, has a relaxed feel with beautiful historic architecture and plentiful green

Situated on the edge of mougins commune and only 20 minutes from the famously upmarket coastal city of Cannes, the state-of-the-art Mougins School is beautifully landscaped to fit into its green woodland surroundings on the Côte d’Azur. The school limits its class sizes and has an impressive teacher to student ratio of 1:12 in most classes. mougins has above average exam results and is a great place for creativity. It has two art studios, two music studios and a dedicated performing arts and music building. Lessons are in English and the school teaches a British curriculum that is adapted to an international community – there are over 40 nationalities at the school. This is a school with record breakers in its midsts – the students’ chain of 2,167 espresso capsules measuring 6.77m has been noted in the 2019 Guinness Book Of Records.

IGCSE – The Cambridge IGCSE is taken aged 14-16. The programme has a flexible curriculum, with a choice of over 70 subjects in any combination.

A relatively new school, The International School of Lyon (ISL) was founded in March 2004 in response to the growing demand from expatriate families. It is an IBO ‘World School’ and delivers the International Baccalaureate diploma and primary years programmes. Students have plenty of space to learn and grow in the purpose-built facilities with light and spacious classrooms – designed for a French middle school in the 1970s – in a leafy green residential suburb just southwest of Lyon city centre. The grounds include a separate area for the primary and secondary school and a beautiful alley of protected chestnut trees. The town of Ste-Foy-lès-Lyon benefits from an elevated location and views over Lyon and the merging of the Rhône and Saône rivers. Lyon, the third biggest city in France, is known as the gastronomic capital of the country and has an international airport and direct Eurostar connection to London.

Having just celebrated it 30th anniversary, Ecole Privée Bilingue Internationale in Montpellier, which first opened in 1988, is all about open-mindedness, international awareness and multiculturalism, and aims to help pupils become responsible citizens of the world. The school offers bilingual teaching (so students use two languages on a daily basis) for children aged two to 14 and offers the International Baccalaureate diploma for students aged 15–18. Students in 2018 achieved 100% success in the Brevet and Baccalaureate with the majority of pupils getting a special merit or distinction. The school sits on the edge of the town of Baillargues, just off the A9 motorway and only 15 minutes from Montpellier. Despite its proximity to urban areas, the school itself enjoys a unique setting – the school building is in fact a 17th-century château and enjoys views over the open grounds of the Massane golf course.

Over 30 nationalities are represented at The International School of Toulouse (IST) while approximately 44% of the students are British. The school, which is located in the lively town of Colomiers, to the west of the city of Toulouse and 20 minutes from Toulouse-Blagnac airport, has grown considerably since it opened in 1999 and it now has approximately 520 students aged four to18. The school offers the International Baccalaureate primary and diploma programmes as well as IGCSEs, and has full accreditation from the Council of International Schools and the New England Association of Schools and Colleges. Budding musicians can also opt to take music tuition from Grade 2 to Grade 12. Fantastic modern facilities and resources sit in a spacious fourhectare campus site including two libraries, a media centre, science laboratories, assembly halls, an auditorium, a large gymnasiuman all-weather football pitch and a running track. The school takes advantage of its location and organises regular visits for students to take in the culture of Toulousethe ‘pink city’ and the capital of the Occitanie region.

For 40 years ISN has taught students from all over the world. The school teaches in English and has many students from Britain and the USA (the school’s original name was American International School) as well as 40 other nationalities that reflect the international community on the French Riviera. Staff are mainly British, American and French. ISN teaches the International Baccalaureate to students aged four to 18. Choices for extracurricular activities are broad with the school running sports tournaments with local schools, a student council and a strong drama and music programme, which sees students regularly performing plays and musical performances to audiences from all over the region. Located in the lively Ste-Marguerite district of Nice, the school is only a five-minute drive to Nice Côte d’Azur airport and there is a shuttle bus available.

More on education in France: