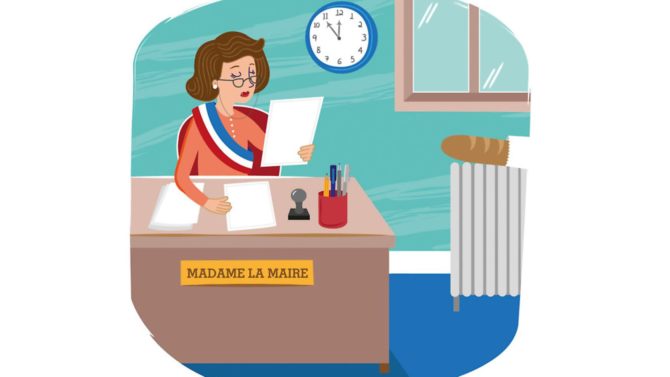 In the first step towards setting up a B&B-gîte business, Ian Moore pays a visit to see his local mayor

Different ways to make money from your French property

American President Theodore Roosevelt said that “nothing in life worth having comes easy”. A fine sentiment, and a regular exhortation from parents to children the world over. Of course, I doubt President Roosevelt ever came up against the amorphous beast of French bureaucracy, in which case he’d have edited his maxim to something like, “nothing in life comes at all” or a more damning, “do you know what? I really don’t know why I bother sometimes.”

Having made the decision to renovate our outbuildings and set up a chambres d’hôtes-gîtes business, the first official step, following some rudimentary calculations and tentative market research, is to approach your local mairie. This is the ‘formality’ that all the chambres d’hôtes forums tell you about, a simple courtesy call to register your budding business with the local bigwigs. It’s also a very good opportunity to see who the competition might be as the mairie will have those records to hand, and also to ask for a future leg up.

Not only that, it gives you the chance to see how all those rules governing chambres d’hôtes-gîtes, think Encyclopaedia-Britannica large-print version, have changed in the few moments between parking your car on the Place de la Mairie and walking the few steps to the inner sanctum of local government. Our preferred builder, the proudly named Gustave, had been out for a quote, even though his arm was in a sling, and he had been adamant that no planning permission would be needed. “Not unless the rules have changed,” he said dubiously on the Tuesday. Well, by Wednesday, emergency diktats had emerged from the ‘Ministry of Let’s Look Like We’re Doing Something’ and planning permission was indeed now necessary, as we were converting a building of over 150m2. The building we are converting is 165m2.

“But we’re only converting two-thirds of it,” we said.

“But’s that’s like charging me for the whole gâteau, even though I’ve only had two slices!” I pleaded, giving it the full Tony Hancock.

Again she looked at us apologetically while simultaneously nodding towards a couple of baguettes keeping warm on her office radiator. You’ve reminded us it’s nearly lunchtime, she was clearly saying, best get out before the rules changed any further.

Planning permission therefore being a legal requirement, an architect has to be employed to do the official plans and what started as a formality, the simple no-strings-attached aforementioned courtesy call, had added a few grand to the bill and a few weeks to the timetable. Henri the architect arrived with Gustave in Henri’s car. Gustave was by now on crutches, and so Henri took confident charge of the project. I gave him my own sketchy drawings, which he took gracefully like an indulgent parent forced to put yet another childish painting on the fridge door, and looked at them intently, though, I noticed, the wrong way up. He had the look of a man who clearly felt that he’d got there just in time, like some pencil-wielding, building planning superhero, and he explained patiently how he would change things around, saving us money and making the whole thing fit together perfectly.

I’ve banged on for years about the multi-layered, unpleasant surprises hidden in the dark recesses of French bureaucracy, but every now and then a pleasant surprise emerges and it’s likely that these new rules will in fact leave us no worse off and with a better finished product. Who knows, maybe old Teddy Roosevelt was right on this one? Although, of course, his is one of the giant faces carved into Mount Rushmore, if that was in France I suspect they’d still be waiting for planning permission.

Is the two-hour lunch break still observed in France?

Don’t ask me for advice on living in France!

English food I miss in France

The changing rules in French restaurants

Previous Article What is taxe foncière and do I have to pay it?
Next Article The beautiful French mountain lakes you have to visit