Ian Moore: How the French treat their pets 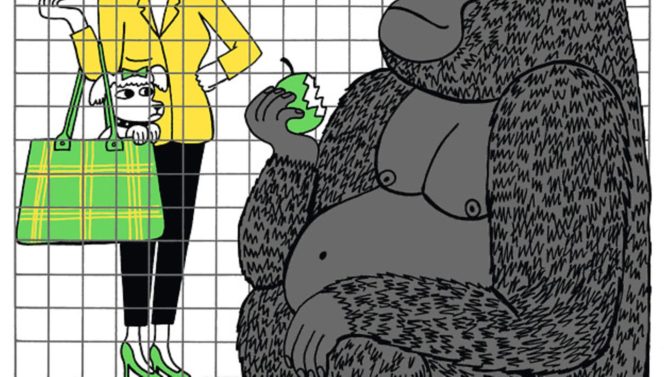 Comedian and expat Ian Moore muses on how the French treat their pets, in particular their pampered pooches

I always thought it was a particularly English trait to be so batty about dogs, but I now know that, as with nationalised train travel, the sheer number of opticians per capita and, of course, cheese, the French outdo us on this particular topic. And, what’s more, they take their dogs everywhere.

Our loc al zoo, the ZooParc de Beauval, is a wondrous place. Specifically a conservation zoo, it’s regarded as one of the world’s best, and rightly so, with an impressive track record of rearing and then releasing endangered species back into the wild. I can spend hours there; in fact I often do, enjoying visits to the ape area, where the majestic gorillas get the daily opportunity to study humanity in all its forms as many thousands of tourists filter past their comfortable enclosure.

But really – it’s no place at all for a pampered French poodle.

The last time I was there, a well-heeled, middle-aged woman toting her pooch in a tartan bag stood next to the ape area, observing the chief silverback gorilla like he had turned up under-dressed for a soirée. She looked him up and down with a certain amount of disdain, as only a middle-aged French woman can do, and the gorilla did likewise with her.

My guess was that he was a bit confused as to why the woman had come to a zoo in the first place, let alone with her dog in a bag – and he wasn’t the only one. The poodle especially had a look on its face that spoke less of an interested multi-species understanding and more of abject terror. The fashionably shaved creature – the dog, that is – was shivering violently, and with its diamanté collar reflecting the lights, this pampered pet had become part-poodle and part-disco mirror ball. One can only imagine what it was depositing in its tartan bag.

The woman moved on, apparently unimpressed, and the relieved pooch buried itself deep into its tartan transportation system. The gorilla looked at me and I swear he shrugged.

You get so used to seeing dogs in restaurants or boulangeries over here that when I’m back in England it becomes something of an event to see them in the same environments – though of course, they rarely are. To the French though, it’s the norm. I’m still driving the old right-hand car I brought over here, and people actually stop when crossing the road, clearly befuddled that a car with a differently placed steering wheel could possibly exist. But that’s only when I drive alone; obviously, when I have Toby, our Labrador-Collie cross next to me in the English passenger seat, they just assume he’s driving, and they’re ok with that.

Even in rural backwaters, where you might expect a more hard-hearted approach to pets, they’re still family to be protected at all costs. Our neighbour had a poorly hen and so, I thought, would be enjoying a home-made poule au pot by the weekend. Not a bit of it. She got the squawking fowl drunk on local eau de vie (which frankly would have felled a rhinoceros) and performed a successful DIY tracheotomy on the thing like a cross between James Herriot and Hawkeye from M*A*S*H.

I’m far more squeamish and took one of our poorly hens to the vet, where I was treated like an alien who’d just landed in the vicinity. I sat there in the waiting room and nobody could take their eyes off me. I assumed it was because I was carrying a hen under my arm and had therefore brought my dinner in to be given a check-up but no, it was more because I was wearing a 1960s-cut Italian mohair suit with a narrow woollen tie and two-tone basket-weave loafers.

Apparently you just don’t dress up like that around here, it’s not the done thing. Unless, of course, you’re a dog – and then you’d get away with it, no questions asked.

Ian Moore is a comedian, writer, chutney-maker and mod who lives with his family in the Loire Valley. His latest book is C’est Modnifique!, (£8.99, Summersdale Publishers). www.ianmoore.info