How easy is it for children to become bilingual? 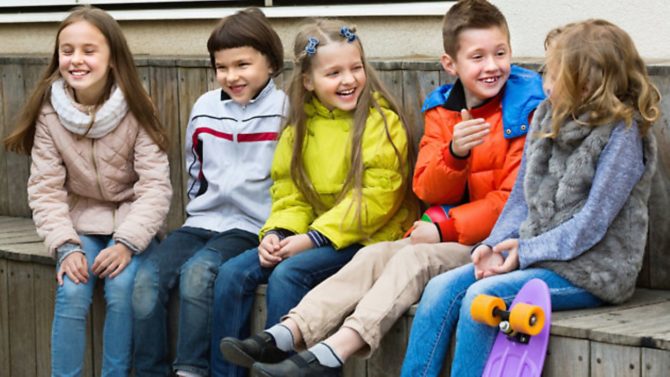 When moving to France, many parents have concerns about how their children will cope learning French, we asked two experts whether there is an optimum age to move and how you can help your children learn

Is it easy for children to learn two languages?

Krista is quick to dispel the myth that it is easy for children to learn a new language. “It is challenging for kids – they’re not quite like sponges,” she says. “It’s not immediate, it’s difficult and takes time, but kids are pretty good at learning languages, especially if they’re in an immersion context. Motivation is what makes the biggest difference – children are very sensitive to social situations and what their peers speak, so they are very motivated to learn the language of their friends.”

How can parents make it easier for their child?

François agrees and emphasises the importance of support. “A child’s first steps in a second language need to be monitored carefully by parents. Of course, the child will not be able to express everything in the early stages and might feel isolated in his or her new school. That’s where parents must help out. They must be present when the going gets difficult and frustration occurs due to things such as a communication problem, an unkind remark by an adult or a child or a bad grade in the weaker language.”

Is there an ideal age for children to start learning a second language?

So is there an age when children find it more difficult to learn a second language? “It’s going to feel different for a two-year-old compared to a 10-year-old,” said Krista. “We used to think there was a critical period and now we think there’s more a sensitive period for learning, but the younger they are, the easier in terms of learning new accents and sounds, as younger children are more flexible.”

Ways to learn French for free

François is wary of the belief that the earlier a second language is learned, the more fluent a child will be. “When we examine the scientific foundation this belief is based on, we find that it is not as strong as we might think. In fact, there is no age limit to entering the world of bilingualism; it can take place at any time,” he says.

As for any parents worried about whether the process of becoming bilingual will in some way change their children, Krista adds: “If it does, it’s very subtle. It might make children more open and flexible in their thinking, but ultimately your child will be the same whether he or she is bilingual or not; a bilingual child will just speak two languages.”

What is the best way for my child to learn a second language?

When it comes to introducing a second language to your child, Krista says there is no blanket recommendation for how to do it – whether you use it at home or leave it up to a childminder or school environment. Ideally, the child should have 50-50 access to both languages, but Krista acknowledges that isn’t always possible, so her advice is to do what you feel confident with. “The main thing is to remember that children learn by speaking and listening, so they need to hear a new language to learn it, but how you manage that is up to you,” she says.

What about reading and writing in two languages?

Another concern for parents is that the reading and writing levels of their child don’t drop in either language, and whether it will be confusing to learn both at the same time. François is familiar with this: “In 2006, a four-year study in the US showed the literacy skills a student has in one language can actually help the student develop literacy skills in the other. So, clearly, biliteracy is possible and it will not hinder the bilingual child.”

So, overall, the expert’s advice seems to be go for it. Find a plan that works for you and stick to it, and be there to support your child every word of the way.