Embracing French traditions for our first Christmas in France 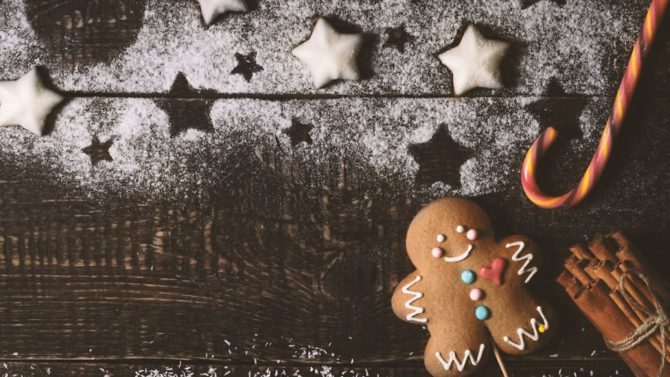 Vanessa Williamson and her husband Matthew moved from Australia to Mayenne in Pays de la Loire where they now run their chambres d’hôtes L’Hotel de Hercé. The couple were keen to embrace French traditions for their first Christmas in France and shared it with friends and family from around the world. Vanessa shares their first French Christmas experience.

“We weren’t really sure how the first Christmas away from home would be – while we had made both French and expat friends, most had plans with their families for Christmas. But as it was, we invited Canadian and American friends from our French class and close family and friends from Australia, ending up with 17 around the table – aged from 16 to 80!

We were determined to have a French-style Christmas as we were now in France, so I had a chat with my French neighbours about what was typical and went from there.

The table was laid with a linen tablecloth and napkins bought from the local Emmaus, and the huge Limoges dinner service came with the house. We started with canapés made with foie gras, a gift from a French neighbour, followed by a starter from our Canadian friends, of an enormous pot of Breton moules cooked in a cream and white wine sauce.

For the main course we had goose cooked by Matthew, my 26-year-old son Jackson and Australian friend Tom – I’d never eaten roast goose before! It was a free-range goose sourced from the friend of a friend who had a farm and cooked to a Nigella Lawson recipe with apples and potatoes – it was delicious. We then had two platters of local cheese – before dessert of course!

It was a wrench for me to give up my usual Christmas pudding because I love it, but I was determined everything would be French. I bought two bûches de Noël – one from the local supermarket and one from a smart pâtissier which was twice the price – and they both tasted fabulous! We drank Saumur cremant sparkling wine along with a mixed dozen of Côtes du Rhone and French white wines.

Lingering around the table eating chocolates, a gift from our American guests, it was a dinner of over six hours. It was a really special day, bringing together people of different ages, nationalities and even religions. I was looking forward to our second French Christmas and welcome paying guests this year.

If you’re away from home Christmas can feel lonely, and we’d like people who are in this position over the festive season to feel welcomed into our family and enjoy a very French Christmas experience here at L’Hotel de Hercé.”

Celebrating Christmas and New Year in style in France

QUIZ: Can you match these tasty French dishes to the area they’re traditionally associated with?

Previous Article Planning permission in France: renovating property in a conservation area
Next Article Three of the best ski chalets for all budgets