A New Life in the Sun: Launching a microbrewery in France 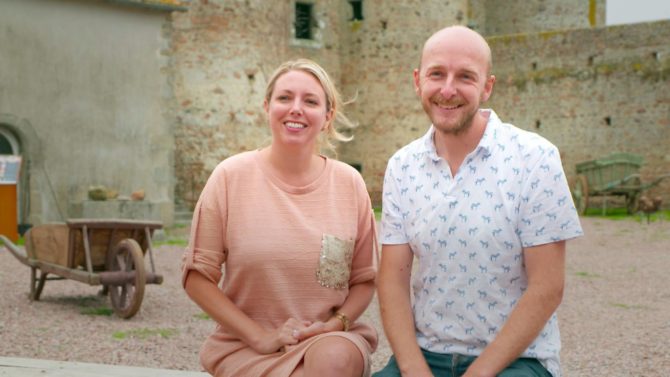 In the latest series, a family of brewers from Kent makes the move to Nouvelle-Aquitaine

In Channel 4’s A New Life in the Sun, intrepid expats chase their dream life as they start a range of businesses across France.

In the new series they include Simon and Rebecca Tippett, from Sidcup, who have swapped Kent for the picturesque commune of Argentonnay in Deux-Sèvres.

The couple were running a microbrewery in the UK when they took a holiday in France and spotted a farmhouse for sale for £67,000. It was in an idyllic location, came with a lake, outbuildings and three acres of land.

“We saw it and it all just happened and felt right,” said Simon on the show. “It was meant to be, it was fate.”

Rebecca added: “We could never, ever afford anything like this in the UK, it would cost millions where we live.

“There’s no space like this where we live either.”

Rebecca’s parents, Tracey, who previously ran a café and Michael, an electrician, also decided to join them on their French adventure.

Tracey said: “All we did was work, work, work. We never, ever relaxed, either of us.

“You come over here and the lifestyle’s just so different.”

In just three months, the family planned to convert the farmhouse into two homes and build a brewery in the biggest of the barns, which needed a new floor and had holes in the roof, while the house needed a complete refurbishment.

“It’s an exciting project but a hell of a lot of work,” Simon admitted.

Simon and his father-in-law intended to stay in France and do the building work while the rest of the family were in the UK, but as lockdown was announced last year, Rebecca, her mum and the children dashed across the Channel early to begin their new lives in France.

As France also recovered from lockdown, the Tippetts used the time to get the house and brewery finished. The upstairs of the farmhouse was once a giant hay loft but it now has two bathrooms and seven beautiful bedrooms.

Five huge tanks were also delivered to the brewery with Simon planning to have six different beers ready by the summer to launch at a prestigious farmers’ market.

Simon added: “This is taking a risk, taking a gamble but I love taking risks, we both do.”

Over the course of the summer season, Simon adapted his ale to suit French taste buds and it went down a treat. As well as bottling their latest brews, they were also commissioned by a local château to create a bespoke beer. Château Fort de l’Ebaupinay hosts a medieval festival weekend designed to give visitors a glimpse into life in Argentonnay 500 years ago, an event that could set up the long-term future of the brewery.

Simon said: “They’ve been fantastic at working with us at such an early stage of our business.

Catch up with A New Life in the Sun on All 4.

A quick guide to French beer

9 French properties with no agency fees to pay

Previous Article The language of coronavirus in France
Next Article France’s fairytale queen: Who was Madame d’Aulnoy?