How to sell a business (part 2) 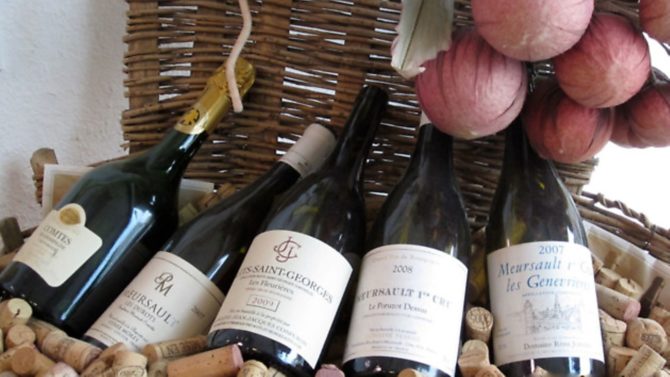 In this second part of our mini-series, David Hammond runs through the negotiation process, drafting an agreement and completing the sale

Last month, we shared the story of how we put our wine business, Burgundy Discovery, on the market and ran through how to best calculate the value of your business, how to advertise your sale and how to prepare for the handover.

Our marketing generated 30 genuine enquiries and around 20 returned Non-Disclosure Agreements (NDA) over a four-month period. Everyone returning an NDA received a profile of the business.

The business profile contained key points explaining who we were, what we did, our client profile and key financial information including the asking price. The profile continued to detail in greater depth the wine tours, seasonality, business structure, client demographic and geographic profile, marketing, business performance, reason for selling and what was included in the sale.

Questions followed by email and phone and, for those still interested, we suggested meeting in Burgundy to test drive one of our tours. Publicity began in May 2011, and by October we had a number of interested parties, including Joy and Bob Pygott, the eventual purchasers of the business, who travelled to Burgundy in November.

Firm interest had been whittled down to four or five people and two other guests took the tour the same day, so it was a true-to-life experience of a Burgundy Discovery wine tour. Joy and Bob saw and heard how we ran the tour, the questions asked, the relationships we had with growers and how the day translated from words on a page to real life.

Discussions continued over dinner that evening. They had, understandably, 1,001 questions that we did our best to answer concerning the mechanics of the tours, how much wine knowledge was needed and what sorts of questions our visitors asked. To ensure our buyers were serious, we wanted them to find out straightaway whether they genuinely would enjoy running the business and also whether they felt able to do so.

Joy and Bob returned to the UK to think it through and we continued to field other enquiries and questions from the remaining interested parties.

Before Christmas 2011 they decided to make an offer on the business, and prepared a proposal based around the financial information we had supplied and their experience on the tour. This we rejected as too low and, after exchanging correspondence up to Christmas, we all agreed to meet while we were in the UK over the holidays.

During the meeting, we established common ground and areas of difference – which ultimately came down to price. Over countless cups of coffee we hammered out a deal on price and timing. For everyone it was a great way to celebrate the New Year.

Once an agreement was sealed with a handshake, we drew up a Heads of Agreement (HofA) in English that laid out the key points of the sale and was signed by both parties. This ultimately gets converted into a contract of sale in French because, as a French business, a notaire must draft the contract in line with French law.

The Heads of Agreement forms the basis of the sale contract and usually contains the names of both parties, the business name, the purchase price, what is included, the phasing of payments, timings, handover period, provision of information leading up to completion, non-competitive clauses and other such information as the parties deem necessary. We signed the HofA in January 2012 and all of the paperwork was then translated into French.

This document, while not a legally binding contract, gives both parties a level of reassurance. Once signed, we suspended ongoing negotiations with other parties. Often it comes down to trust and good faith.

Next, we met with a notaire to convert the protocole d’accord into a binding contract: the acte de vente, exactly the same terminology as for property transactions.

Before the meeting he had reviewed our website and we explained, using the protocole as the basis, that we were selling reputation, web presence, the range of tours, forward reservations and contacts. This is called the cession des fonds de commerce.

Importantly, as we were developing new ventures in Burgundy (Bringing Burgundy To You and Cook in Burgundy) we needed to inform the Chambre de Commerce et d’Industrie that we were continuing in business but under another name. Our accountant also notified the tax authorities and social security office that we were selling fonds de commerce (FDC) and developing new ventures. This meant we could keep the same SIRET and TVA numbers – very important to avoid starting business registration all over again.

We were advised to draft accounts for the four-month period in 2012 up to the completion date of 30 April for submission to the French tax authorities.

Out of courtesy we informed our contact at Crédit Agricole that we were selling the wine tours business and were developing new activities. Our business bank accounts would continue as before.

Alongside this, Bob and Joy Pygott set about registering themselves, through the notaire, as business owners in France.

This time of our lives was a journey of discovery for us, and talking with the notaire we unearthed some interesting aspects of selling a business in France.

First, the state requires the portion of the sale proceeds paid on completion to be held in an escrow account for a minimum of three months and 15 days. The purpose of this is to provide time for creditors – including for tax payments – to make a claim on the vendor via the notaire. Two-thirds of our purchase price would be paid on completion and the last third in stage payments in the following months. If you want to avoid a significant chunk of your money being held up in this way, agree 35-40% on completion and the remaining in stage payments as only the initial payment has to be held in escrow.

Another surprise was that a notice must be published in a local print journal and on a national website reporting the sale of the business, the names and addresses of both parties and the sale price. Fortunately, our notaire suggested a relatively low-circulation business journal, as we did not want to appear in the local paper.

The three months between signing the HofA, meeting the notaire and completion saw business as usual as we prepared for handover. We continued with reservations and running tours while explaining the change to the winegrowers we worked with – many of whom had become personal friends over the years. We also prepared communications with the new owners to let key clients and contacts know of the change immediately after completion took place.

Completion day dawned on a crisp, sunny Burgundy spring morning. We met Joy and Bob, the imminent new owners, for coffee in Autun prior to meeting the notaire at 9.30am. We had prepared a detailed handover file that was basically a 10-year brain dump!

Arriving at the notaire’s we all sat around his desk – it really was like a property transaction, even down to the fixed percentage for the notaire’s fee.

Over the next two and a half hours, we all went through the contract line by line in French. Both parties had received drafts a few days earlier, so we knew that all was as it should be.

But there was still time for one more surprise. The notaire began to share various documents that form part of the contract. He showed us a form stamped by our local mayor waiving his preemption rights to the business. Lynne is a local councillor and the mayor a good personal friend who we had planned to tell after the contract was signed. Needless to say, her face was a picture! It is interesting, though, that a local mayor has preemption rights to buy a business based in their village.

After we had read and signed (lu et approuvée) each page, the contract was duly signed and the first instalment of the sale price then disappeared for three months into the escrow account.

It was now midday so we all went for lunch in a local restaurant to enjoy the moment – the start of a new chapter in all our lives. Joy and Bob are making a great success of Burgundy Discovery and we are building our new ventures Bringing Burgundy To You and Cook in Burgundy. The two-month handover period we had agreed provided a smooth transition for everyone involved.

Previous Article Pampering in the Pyrénées
Next Article Finistère living