How to find a GP in France 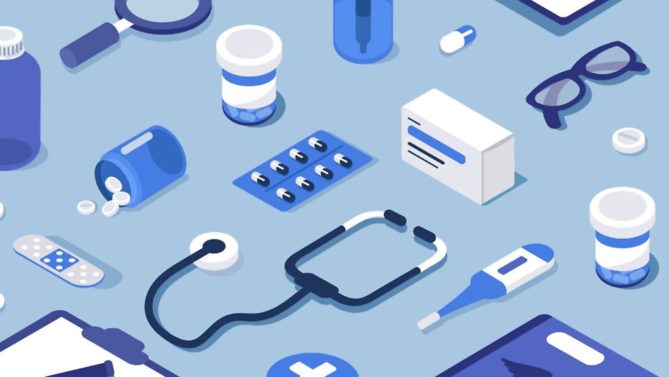 France might be experiencing a shortage of general practitioners but that doesn’t mean you won’t be able to find a GP willing to take on new patients. Here’s what you need to know about finding and registering with a doctor when you move to France

For the fifth time, I had failed to find a doctor’s surgery that had room for me and my husband. We moved to Dordogne some 18 months ago and although we had taken the necessary steps to register with the healthcare system and take out a mutuelle, being the relatively young and fit people that we are, we hadn’t prioritised finding a doctor.

Dordogne is currently experiencing what the French call désertification médicale – a shortage of general practitioners. This means it is becoming increasingly problematic to find a cabinet médical that can take new patients. Even if you are registered, appointments that aren’t several weeks away can be difficult to come by. Dordogne is not alone. Other areas report a similar story. Both the Bourgogne-Franche-Comté and Grand-Est regions have estimated they each require an additional 687 doctors, while Auvergne-Rhône-Alpes is short of 514. Hauts-de-France fares worse – it is short of 771 doctors, according to the Conseil National de l’Ordre des Médecins (National Council of the Order of Physicians).

That is not to say it is impossible to access healthcare. The French healthcare system consistently ranks as one of the best in the world, and anecdotal evidence would suggest that most people receive an excellent service. Certainly, when speaking to Brits living in France for this article, the majority reported positive experiences of helpful doctors and easy-to-access appointments.

Why the medical desert?

But GP shortages do exist, and the reason why is multifaceted. As with most western countries, France is experiencing an increase in both its general and aging populations meaning an increased demand for healthcare services. This challenge is compounded further by three key factors: a high number of doctors have reached retirement – almost half (47%) of all doctors are aged 60 and over, compared to just 27% in 2007; there are too few medical graduates to cope with demand; and there is an uneven distribution of services around the country. Ardennes, Haute-Marne, Nièvre and Seine-St-Denis, for example, are experiencing a decrease in the number of registered doctors while the opposite is true for Morbihan, Haute-Savoie and Loire-Atlantique.

There is also a resistance among young doctors to move to the countryside, says Evelyne Drouin, a health insurance consultant for Axa. “Student doctors don’t want to come to rural France. They prefer the busier towns and cities. Also, the administrative work puts people off from becoming doctors”, she says.

The authorities are well aware of the situation. In the national government’s Big Investment Plan 2018-2022, some €4.9 billion has been committed to “accelerate the digitisation of the health and social cohesion systems” which includes the development of multi-disciplinary health centres in those areas experiencing doctor shortages. The government has also proposed increasing the number of telemedicine services, which offer consultations via the phone or online, and the redistribution of services between medical professionals. In addition, it is looking at changes to the way in which graduates are trained and hired to encourage more people into the right areas of the system.

Locally, steps are also being taken. In Dordogne, for example, the council has recognised that good healthcare provision is essential to the area’s success. It has developed a new strategy which includes a focus on increasing the number of medical students in training – such as through the allocation of scholarships – and increased financial and technical support for healthcare leaders. The overall goal is to sufficiently increase service provision so that no one has to travel further than 15 minutes from their home to access a doctor.

How will Brexit affect healthcare cover for British expats in France?

How to find a doctor in France

So, what should you do to make sure you can access a GP when you arrive in France? You can choose any doctor to be your médecin traitant under the state French healthcare system. You might want to ask neighbours and friends for recommendations, or you can find a list of doctors on the Doctolib website, which also offers an online booking system for appointments.

If you struggle to find a doctor willing to take on new patients, you can find help at CPAM (Caisse d’Assurance Maladie), advises Evelyne Drouin. “It is a national number, but you can ask for the English line if you can’t speak French,” she says. Some of the mutuelle providers will also offer online or telephone medical consultancy services as part of their insurance packages.

You can register with a doctor as soon as you have registered with the French healthcare system. When you find one you are happy with and that has capacity, you are required to fill out a Déclaration de choix du médecin traitant, which needs to be signed and stamped by your doctor, before being sent to your CPAM office.

It costs around €25 to see a doctor in France – a fee that you will pay for upfront unless you present your carte vitale. By law, the doctor’s fees must be posted on the surgery walls, and you may find that evening, weekend or home visits are charged differently. You’ll be automatically reimbursed a percentage of the medical fee by the state-run health insurance provider, leaving a small amount of money payable by yourself, or your mutuelle, if you have one.

“If you have your carte vitale, all the administration happens electronically,” explains Evelyne Drouin. “If you don’t, then you will receive some paperwork that you will need to fill in and post back to CPAM, who will then give you your money back within the month.” You can change your médecin traitant at any time. All that is required is the filling out and submitting of another declaration.

More in Healthcare in France

Previous Article What’s on in France in February 2020
Next Article These French homes with dreamy pools are all on the market for less than €300,000!