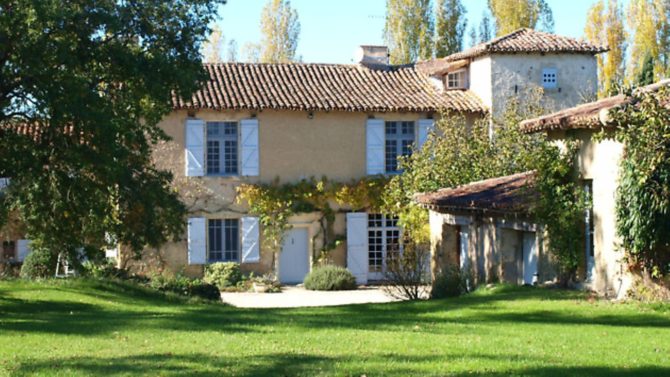 In the first of our new series of historical provinces, Karen Tait explores the southern area known as Gascony

Although not an official region, Gascony has a strong cultural, historical and gastronomic identity. Part of the wider province of Guyenne-et-Gascogne, which encompassed a huge swathe of south-west France, Gascony generally refers to the area south of Bordeaux, from the Garonne river and Toulouse to the Pyrénées and across to the Atlantic.

Nowadays, Gascony has been swallowed up by part of the Aquitaine and Midi-Pyrénées regions, centring on the Gers department but also including all or part of the departments of Landes, Haute-Garonne, Gironde, Lot-et-Garonne, Hautes-Pyrénées, Tarn-et-Garonne and Pyrénées-Atlantiques.

The Gers capital, Auch, is at the heart of Gascony, indeed it was the Gascon capital too, strategically placed between Toulouse and the Pyrénées. Its beautiful cathedral is a UNESCO World Heritage Site, famous for its 16th-century stained glass windows and carved choir stalls.

The province is associated with d’Artagnan (of The Three Musketeers fame), Cyrano de Bergerac and Henry III of Navarre who became Henry IV, king of France. From the Middle Ages to the 19th century, the Gascon language, a regional variety of Occitan, was spoken here.

Perhaps the reason Gascony survives is down to its reputation for its quality of life or ‘douceur de vivre’. It sums up an image of pastoral landscapes, the aforementioned sunflowers and the sunshine they nod to, along with fresh local produce, foie gras, cheese, wine, armagnac… the good life.

Here you’ll find sleepy bastide towns and villages, rolling hills with the Pyrenean peaks in the distance, traditional pastimes and a lack of crowds (away from the bustling markets anyway). No great surprise then that it’s such a popular destination for holidaymakers.

Househunters too are seduced by its charms. There’s a wealth of character homes on offer, especially stone village and country houses, some half-timbered, with the red-tiled roofs of the south. Farmhouses and agricultural buildings also abound. In rural areas, some well-priced properties can be unearthed, especially in the current buyer’s market.

Not surprisingly the regional capitals have a distinct effect on prices – in Haute-Garonne prices by sector range from just €125,500 in St-Gaudens to more than double that in Toulouse (€259,000); likewise in Gironde they soar from €120,000 in Blaye to €242,000 in Bordeaux. Prices closer to the coast are higher too, pushing up averages in Pyrénées-Atlantiques from €140,000 in the Oloron-Ste-Marie sector to €330,000 in the Bayonne sector which includes Biarritz.

There are some 214 properties in Gers on www.FrancePropertyShop.com, ranging from a detached stone house to renovate with garden for €38,000 to a magnificent 12-bedroom château at €2.7m. Close to the departmental average price, I particularly liked a double-fronted stone village house with five bedrooms, needing modernisation, for €159,000.