Moving to France? Discover the places where people are happiest 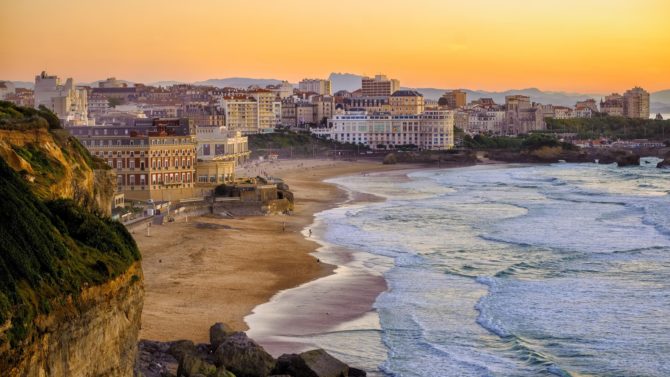 Money can’t buy you love – or happiness. Along with health, these are the things that we truly dream of, rather than a big house, fast car and perfect figure. If your dreams also include a move to France, a survey from the French national statistics agency INSEE has revealed the parts of France where people are happiest.

Happy on the coast

In general, coastal areas of France offered a higher level of happiness and satisfaction with life. More specifically, the Atlantic coast (with the exception of Morbihan), from Finistère in Brittany to the Pyrénées-Atlantiques in Nouvelle-Aquitaine, and also on the Channel coasts. However, there wasn’t a discernible increase in happiness on the Mediterranean coast.

In fact, western France recorded an overall higher level of happiness than the national average, along with several departments on a diagonal line linking Ariège (in Occitanie) to Haut-Rhin (in Grand-Est).

The departments of France that rated higher than average levels of satisfaction were: Finistère in Brittany; Loire-Atlantique, Maine-et-Loire and Vendée in Pays-de-la-Loire; Landes and Pyrénées-Atlantiques in Nouvelle-Aquitaine; Hautes-Pyrénées, Ariège, Aude, Aveyron and Gard in Occitanie; Cantal, Haute-Loire, Loire and Haute-Savoie in Auvergne-Rhône-Alpes; Doubs and Yonne in Burgundy-Franche-Comté; Haut-Rhin and Moselle in Grand-Est; Seine-Maritime and Manche in Normandy.

Sad in the city

You’ll need a big budget to buy or rent a home in Paris – and it won’t necessarily make you happy. The capital and its surrounding region, Ile-de-France, ranked poorly in the survey. However, general satisfaction with life varied according to the departments, with the happiest people in Essonne and least happy in Seine-St-Denis and central Paris.

Larger French cities as a whole scored lower than the average, with people in cities with 200,000 to 700,000 inhabitants found to be least happy. This is in part due to the fact that unemployment levels are higher here.

Outside of Ile-de-France, these departments ranked lower than the survey average: Morbihan, Loir-et-Cher, Cher, Allier, Isère, Alpes-Maritimes, Bouches-du-Rhône and Tarn.

In the study, which was carried out before the pandemic, people in France scored their happiness at an average of 7.4 out of 10. It was based on general satisfaction with life, health, wealth, relationships, housing, work and hobbies.

In addition to the happiest areas, the survey also found that the happiest adults were aged between 50 and 65, healthy, with a good standard of living, in a relationship, and born French (rather than foreign nationality or gaining French nationality later in life).

Previous Article Q&A: Wills in the UK and France
Next Article See inside: A £55,000 renovated 3-bed French cottage for sale