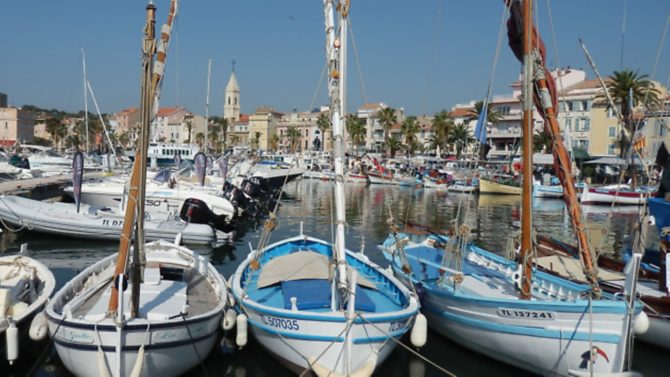 As the 2013 European Capital of Culture, Marseille is enjoying it’s moment in the spotlight, as Patricia Stoughton discovers

For the past five years, Marseille has been gearing itself up for its year in the limelight as the European Capital of Culture. First granted in 1985, the title has become a highly sought-after accolade, and this Provençal city, capital of both the region of Provence-Alpes-Côte d’Azur and the department of Bouches-du-Rhône, is showing the world what it’s made of.

By the time 2013 draws to a close, more than 500 events will have taken place across the city to celebrate its special year. So if you’re seeking sun, sea and spectacular scenery, there are now even more reasons to consider this sun-drenched corner of France as the location for your holiday home or permanent pad.

Looping down into Marseille Provence airport, there is a wonderful view of the city, clearly defined by its natural place between the barren mountains and the shimmering Mediterranean. But it’s only on stepping out of the plane into the warm spicy air that the full extent of its exoticism hits home.

PAST, PRESENT AND FUTURE

Marseille is, and has been since it first came into existence in around 600 BC, a cultural melting pot, beginning with the meeting between local Ligurian tribespeople and explorers from Phocaea, who founded the port they called Massalia. It is why Marseille is often referred to as ‘la Cité Phocéenne’. Roughly a third of its population is of Italian descent, a quarter French and a quarter North-African, with a strong Jewish presence, and others from all over the world. A very typical port city.

Unlike Paris, succeeding waves of immigrants have not been banished to the banlieues (suburbs). They live scattered around the centre with everyone else, adding to its centuries-old cultural richness and diversity, and this will be reflected in the celebrations.

The theme for the year is ‘Sharing the South’. It is divided into three ‘episodes’, and each one highlights the city’s relationship with countries fringing the Mediterranean Sea. The programme will incorporate a wide variety of cultural events, from concerts in unusual locations, street theatre and festivities to art exhibitions, nature walks and themed trails, involving the Marseillais and their visitors.

The first ‘episode’ from January to May was entitled ‘Welcome’, focusing on Marseille’s traditions of hospitality. The second, ‘Open Sky’, from June to August, will make the most of summer with outdoor shows and activities. The third, ‘Land of a Thousand Faces’, which runs through the autumn, will celebrate Mediterranean artists and philosophers.

All of this will undoubtedly soften the once prevalent negative image of the city that permeated the 1970s and beyond, not helped by films such as The French Connection (1971). Marseille is France’s second largest city and it’s not surprising that it still suffers some of the problems that afflict all big cities. It has, however, come a very long way since then.

PLACES TO GO, PEOPLE TO SEE

The city boasts many attractions, including 21 museums covering archaeology, history and art as well as its own particular culture and heritage. Le Musée d’Archéologie Méditerranéenne houses one of the largest collections of Egyptian antiques in France, while the Musée des Civilisations de l’Europe et de la Méditerranée (MuCEM) is a brand-new museum celebrating European and Mediterranean civilisations, opening in June as part of the Capital of Culture programme.

Then of course there’s Olympique de Marseille, the famous football team, but perhaps the most recognisable emblem is the basilica Notre-Dame de la Garde. Considered to be the guardian and protector of the city, it is affectionately referred to as ‘la bonne mère’ (the good mother) by the Marseillais. A symbol of hope for sailors and citizens alike, the striking neo-Byzantine building perches 161 metres high on a stony outcrop and the glinting gold statue of the Virgin Mary is an eye-catching sight against the skyline.

The interior of the basilica is no less impressive. The quiet solemnity of the crypt below contrasts with the dazzling mosaics and ex-votos above. Made as a fulfilment of a vow to the Virgin Mary during moments of extreme danger, these come in the form of paintings, marble plaques, golden hearts and model boats, and each one tells a story. They are extraordinary and everywhere. On the walls, around arches, hanging from the ceilings, even on outside terraces. Some of the rather more unusual tributes, such as model cars and a crash helmet, are also displayed in a new museum.

The basilica is one of Marseille’s top tourist sites so it is advisable to arrive early. There are spectacular views over the city and its famous landmarks, including the Cathédrale de la Major. From here you can also see the Château d’If, a fort built on an island about a mile offshore by François I in the 16th century. It was later used as a prison and is now best known as the setting for Dumas’s The Count of Monte Cristo.

This particular spot provides the perfect vantage point to appreciate the Vieux Port, the original heart of Marseille, where roomy apartments look over the marina and up at Notre-Dame de la Garde. Apart from its interesting variety of boats, it is also the home of a famous daily fish market. With such an abundance of fresh fish available, a recipe evolved for using anything that remained unsold, and Marseille’s signature dish bouillabaisse was born.

The weather is another of Marseille’s attractions. Summers are hot and dry so there are all kinds of outdoor activities to enjoy, including beaches with sea temperatures of 20 degrees or more. Sailing along the coast towards La Ciotat can be exhilarating, with impressive views of the bright limestone Calanques, the town of Cassis, the vertiginous Route des Crêtes, and the Tête de Chien and Bec de l’Aigle rocks at La Ciotat. Added to that is the beauty of ever-changing sea colours, from sapphire or aquamarine in the sunshine to grey-green during storms.

Autumn visitors will be comfortable in T-shirts until well into October, and can enjoy the opportunity to make the most of al fresco dining. The climate is affected by le Mistral – a fierce wind resulting from an atmospheric phenomenon that occurs in the gulf of the Mediterranean Sea – while rain, not usually long-lasting, can come at any time of year.

Marseille’s status as European Capital of Culture is seen as beneficial for the city’s international image, and it has already been voted into second place on the New York Times list of ‘46 Places to Go in 2013’. Regional property experts believe that this will stimulate the market at all levels.

Émilie Banchetri from Belles Demeures de Provence, who works in the luxury end of the market, says that the extensive cultural and commercial renewal projects were already having a positive effect in 2012, and “2013 looks promising for the smart, sought-after 7th and 8th arrondissements, as well as the Côte Bleue between Marseille and Fos”.

Mélie Poujol, from Particulier à Particulier, says of the rental market: “There has already been a boom well ahead of the normal summer season. The celebrations will attract more visitors to the area, leading to new buyers looking for a pied-à-terre either for themselves or to rent out.”

Transport links are good and the TGV from Paris, which takes three hours, has helped increase the buy-to-let section of the market.

Claire Deedman of Leggett Immobilier agrees, saying, “Now is the time to invest as property prices have fallen but once regeneration projects in the city are completed there is likely be an upsurge in the market.”

Prices are cheaper in Marseille than further along the coast but they vary greatly within the city itself. There are 16 arrondissements, some more sought after than others. The 2nd, which includes Le Panier and La Joliette districts, has undergone a massive facelift. Experiencing large-scale reconstruction, La Joliette is earmarked as the city centre of the future.

Though agreeable and frequented by artists, parts of the 4th and 5th are suffering from urban neglect. The 6th is relatively prosperous and popular, while the 7th and 8th are the smartest and most expensive areas. Émilie Banchetri highlights the Roucas Blanc, Carré d’Or, Corniche Kennedy and Malmousque close to the sea as being particularly desirable. “If sellers are realistic, properties here can sell in a week to a month,” says Mélie Poujol.

According to Notaires de France figures, the average resale house price in Marseille is €330,000, and it shares the top spot as the most expensive sector of the Bouches-du-Rhône department with Aix-en-Provence.

This figure is some €40,000 above the departmental average in Bouches-du-Rhône, and €30,000 more than the regional average in Provence-Alpes-Côte d’Azur.

If you’re keen to be at the heart of the action then a city-centre apartment could be a good option. The average apartment resale price is €2,530/m2, which is almost €1,000 below the departmental average of €2,610/m2. A new-build apartment in Marseille will set you back €3,890/m2 on average.

With so much already on offer, and with so much more still to come, Marseille could be an ideal place to live or to invest. And as it will be spending the whole of 2013 in the limelight, it’s a perfect time to get better acquainted with it. www.marseille-tourisme.com/en